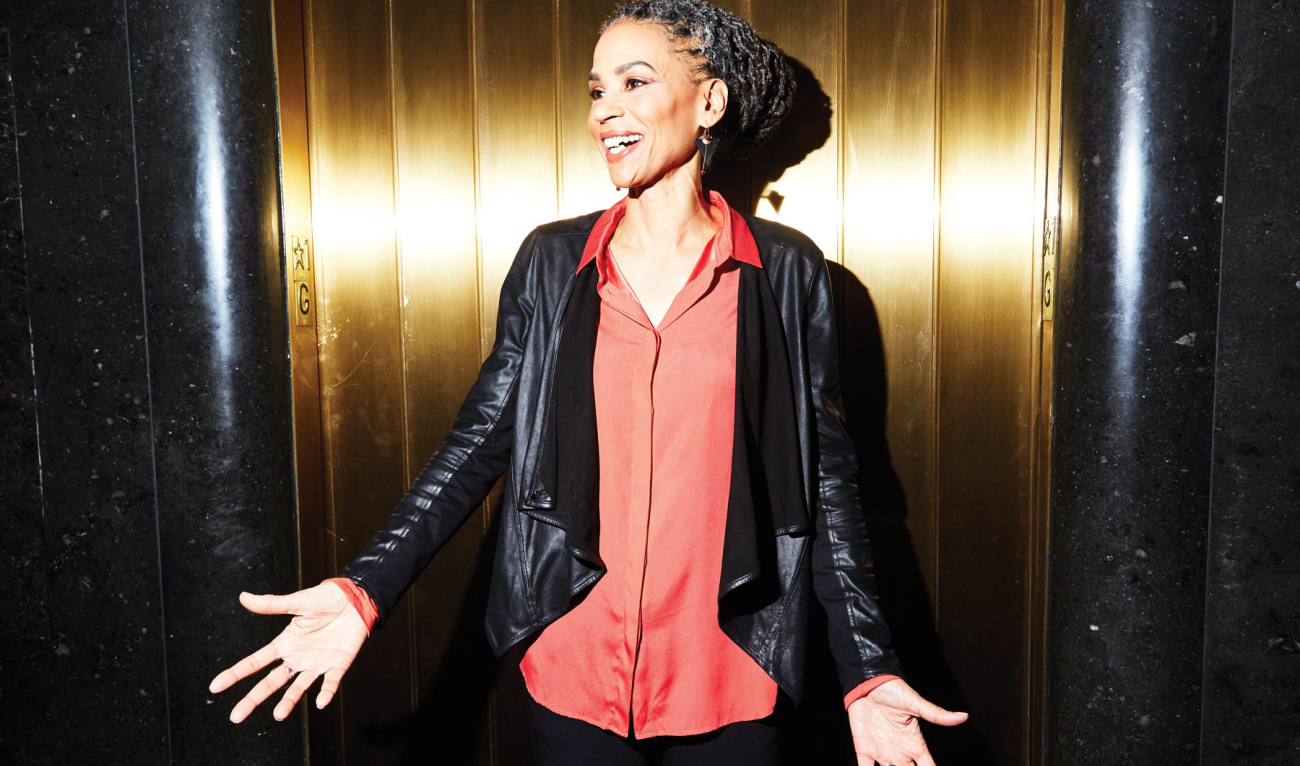 Lawyer and activist Maya Wiley ’86 explains why she wants to be the next mayor of New York City.
Dirk Olin ’81 | March-April 2021

A former professor at the New School and legal analyst for MSNBC, Maya Wiley is a New Yorker to the core. She recently served as counsel for New York City Mayor Bill de Blasio and as chair of the civilian complaint review board that oversaw allegations of police misconduct. She broke with his administration over its commitment to law enforcement reform and other issues.

How do you campaign during a pandemic?
Convening assemblies virtually has been interesting. You actually are getting an Afro-Latinx from the South Bronx and a former NYPD police officer from Queens at the same event. It’s arguably more engaging than one geographic pool at a time.

You served as counsel to Mayor Bill de Blasio. How did that happen?
We knew some people in common, but we didn’t know each other. It proved to me I was right about local government’s ability to be transformative. I left after two-and-a-half years because it was increasingly difficult to move transformational ideas.

What do you say to de Blasio critics who say you are guilty by association?
I talk about what I did before city hall: two and a half decades of racial justice work. I talk about what I did in city hall for two and a half years, showing the city could deliver free broadband to public housing residents in Queens, increase city contracts to women- and minority-owned businesses, and get sanctuary city legislation done. I talk about getting the police officer who killed Eric Garner charged to get him fired from the NYPD. And then there is marching in protests and demanding police commissioner Dermot Shea be fired. It doesn’t take long to help people see me as me. It’s who I have always been.

What’s your approach to police reform?
Being very clear what will be celebrated and what will be punished. We must invest in things that really do prevent crime, that help communities be safe, such as mental health services. Also, ideally, the department needs to discipline misconduct before it becomes a civilian complaint.

Can you pre-screen for bad actors?
Yes. But remember some bad people do good things and some good people do bad things. The truth about the department is it’s one of the worst-run agencies, from a management perspective, in city government. They just take whoever they want—no open postings.

Many cities are now run by women of color. Is New York City ready?
I think so. Covid has peeled back a lot, women have borne the brunt, and a lot of people have seen that. Plus, the police violence. We’re starting to say “structural racism” out loud and on cable. I say this as someone who founded the Center for Social Inclusion, whose mission was to dismantle structural racism in 2002. [Laughs] So I have history.

And your campaign tactically?
The winning coalition consists of Black voters, Black women in particular, and Latinos, plus progressives in general, skewing toward the young, and white women. I exclude no one—although women make up 53 percent of white New Yorkers, they make up 60 percent of the white electorate.

What’s the biggest challenge a new mayor will face?
We have a crisis of public trust. One of the tragedies of the de Blasio administration is that it has deepened a deep, deep level of division.

How did attending Dartmouth contribute to your thinking? Maybe a high and a low?
I’ll start with the low. It was freshman fall and I saw my first Dartmouth Review and the cover article headline, as I recall, was “I Beez a Black Student….” It was an attack on affirmative action, and I thought, “What the hell is this?” Then in the dining hall white students in front of me were talking about the unqualified Black students. I was more than a little alienated.

And the high?
The faculty. I had dear friends, but what kept me going was the faculty. Professor Rogers Elliott, in particular, was a psychology professor and pretty conservative and had a law degree, and he and I would fight about affirmative action. But he wasn’t belittling me, he was engaging me.

You didn’t have an easy path.
I was so lucky. My father was Black, had gotten a Ph.D. from Cornell in organic chemistry and was on the faculty at Syracuse. But then he left to be 100 percent in the civil rights movement. That’s when we moved to D.C. My mom was a white woman who had grown up in a really racist little town in Texas. She went to Southern Baptist University and fought racism tooth and nail. I watched my father die when I was 9 and my brother was 10—he fell off a boat and drowned. My mother had always been the breadwinner, which was unusual enough. But now she worked from home, as a management consultant. So I had pretty much the opposite parental arrangement of most kids in the 1960s and 1970s. They were both incredible.

Finally, why on earth would anybody want this job?
[Laughs] Because I am not going anywhere. This is my city, my children’s city, the city where my partner was born. And we’re in an existential crisis. So, you either wring your hands, or you say, “I’ll take the body blows for my city.”

Dirk Olin is editorial director at the Institute for Sustainable Development.