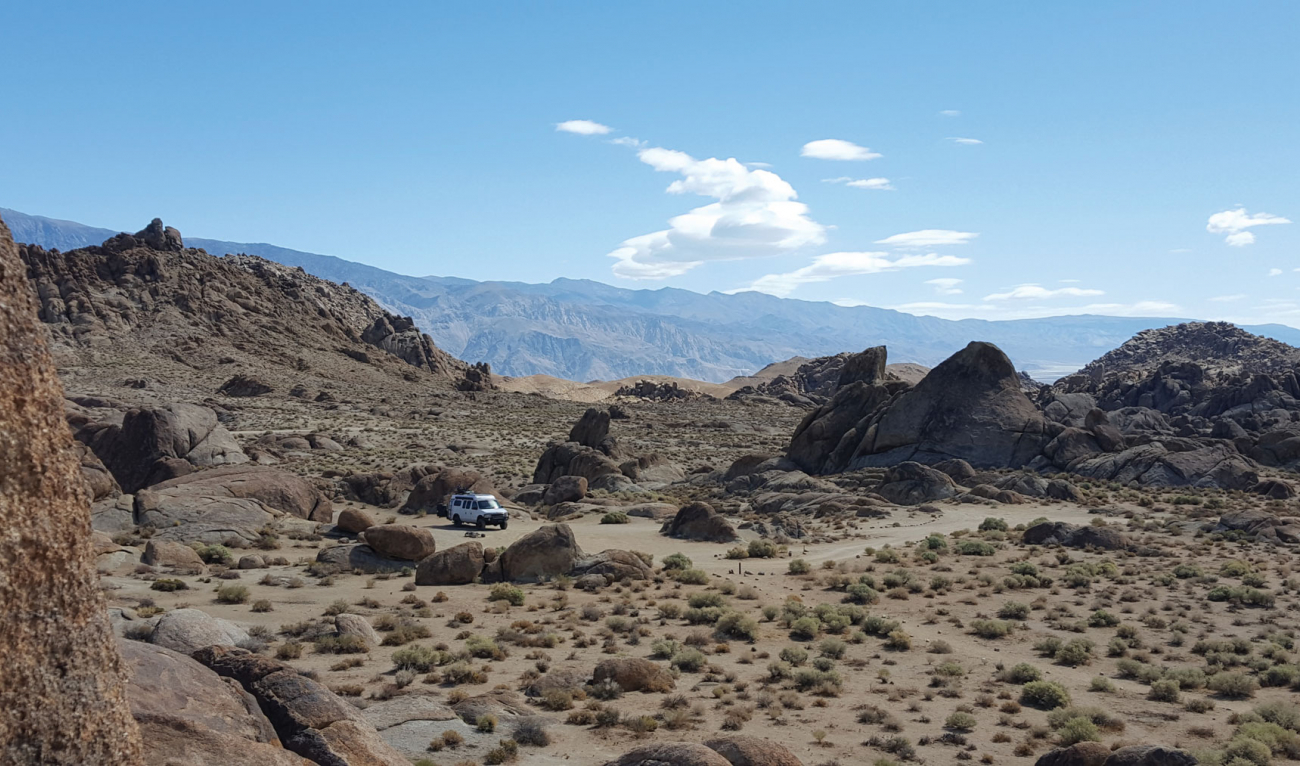 Sometimes the best escape from the world is to drive right into it.
Svati Kirsten Narula ’13 | September-October 2020

Pictured above: Mary Hollendoner ’98 and her family embarked on the ultimate road trip nearly three years ago. They made an early stop in the Alabama Hills of California’s Sierra Nevada.

Crossing a border in South America with a U.S. vehicle can be unusually complicated, says Mary Hollendoner ’98. In the past few years she has crossed quite a few of them with her husband, John Stanfield, and daughter Lilly, who is now 9.

There was the time they left Guatemala for El Salvador—and spent an hour stuck in “no man’s land” between the two countries, waiting to submit papers to a customs officer who hadn’t returned from his lunch break.

More daunting was when their van broke down at the border of Ecuador and Peru. They had been stamped out of Ecuador and were about 2 miles from the Peru customs office, where they would file paperwork for themselves and for the van, which requires a new permit in nearly every country. The engine suddenly began to make clunking noises, and Hollendoner wasn’t sure whether they should risk driving those 2 miles. Stanfield, a mechanical engineer, is the designated van fixer and troubleshooter, but he couldn’t find anything wrong. It was a Saturday, and they were unlikely to find any working mechanics to help. After some handwringing under the blazing sun and facing a $390 fine for every day they kept the van in Ecuador past its permit date, they drove the 2 miles, cringing all the way.

It had been nearly two years since they had begun living nomadically, on an ambitious road trip from California to Argentina, and this was the first time they had significant van trouble. It turned into the lowest point of the trip thus far. It took a month of meetings, miscommunications, and arguments with various mechanics at different shops to get the van repaired, while the family stayed in a motel for two weeks, then lived in their van at a mechanic’s shop for two more. 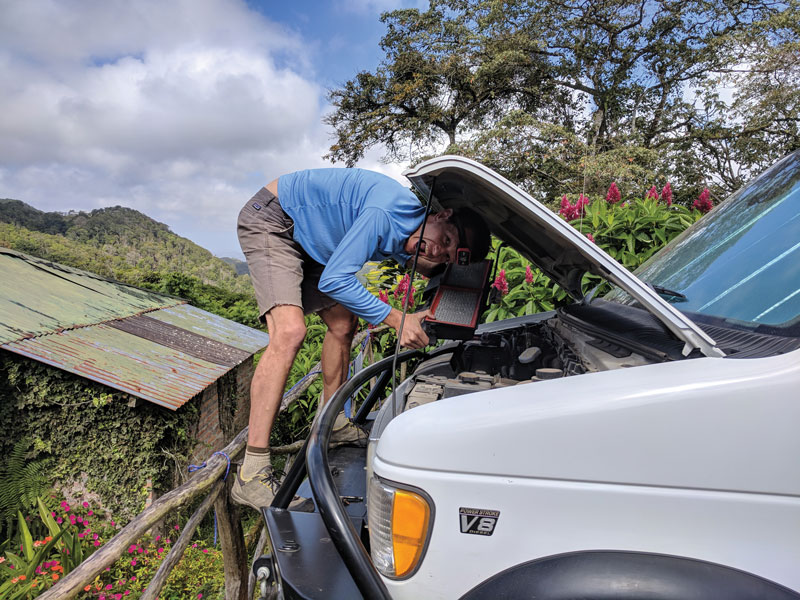 The family had no difficulty adjusting to life on the road when they started out three years ago. The only problems they’ve faced on the journey had to do with the van breaking down. The van was fine the first 18 months, Hollendoner says from their current stop in Capilla del Monte, Argentina, but then kept having problems. “That’s really getting John down the most, because he’s the mechanic.”

“It’s been kind of a heartbreak for me,” says Stanfield, who spent nearly a year researching and looking for the vehicle, a diesel-powered 1999 Ford E-350. “The battery blew up twice,” says Lilly, before explaining that on New Year’s Eve in Ecuador, where it’s a tradition to draw and burn “a bad memory of the year,” she drew a picture of a van battery.

Hollendoner and Stanfield intended the trip to be an 18-month sabbatical from their careers in Silicon Valley, where she worked in operations for Google and he was the cofounder of a transportation startup that was acquired by Zipcar. The couple had experienced overlanding, or van camping, in Australia during their honeymoon and decided that was what they wanted to do again to spend more time outdoors. They budgeted 12 to 18 months at approximately $75 per day to drive down the Pan American Highway, from their home to the bottom of Argentina.

In September 2017—after quitting their jobs, selling most of their belongings, and renting out their house in Mountain View, California—they officially moved into the Ford, dubbed “Vancito.” Stanfield had refurbished the interior with cabinets, bench seats, and a table, which Hollendoner says is essential for homeschooling Lilly, although it takes up valuable real estate. There’s a pop-up tent on the roof that, when extended, provides enough space for everyone to stand up inside. 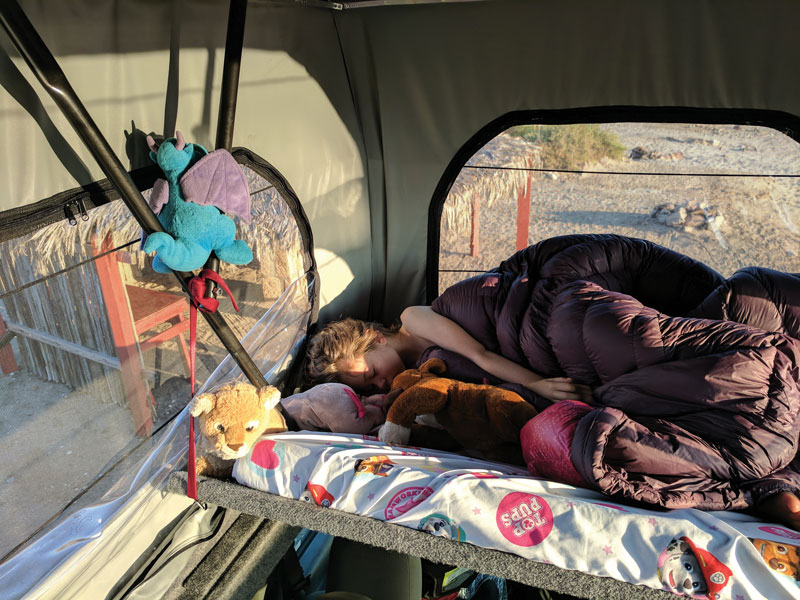 Driving through 14 countries wound up taking more time and money than Hollendoner and Stanfield had planned on. That’s okay with them.

“Within three months on the road, we realized, ‘We like this. We think we might do this for more than a year,’’’ Hollendoner says. 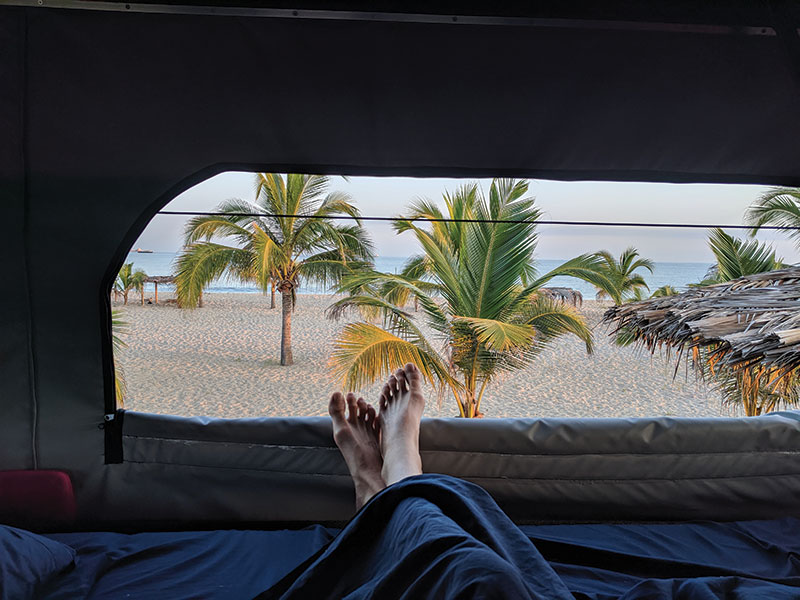 The family had a loose routine: wake up, eat breakfast, do a few hours of homeschooling, then decide whether to stay where they were or keep moving. Sometimes they stayed for weeks in one place, such as the small town of El Remate, Guatemala, where the couple volunteered as English teachers for half a month. In Challuabamba, Ecuador, they stayed for three months—renting a house and enrolling Lilly in a local school.

“The places we are passing through and the people we are meeting—that’s been much more amazing than the van life aspect,” Hollendoner says. It has been more of an extended study-abroad experience for the family than just a way to be outdoors a lot, she adds, though the many nights and mornings they’ve spent en plein air are what keep them happy. 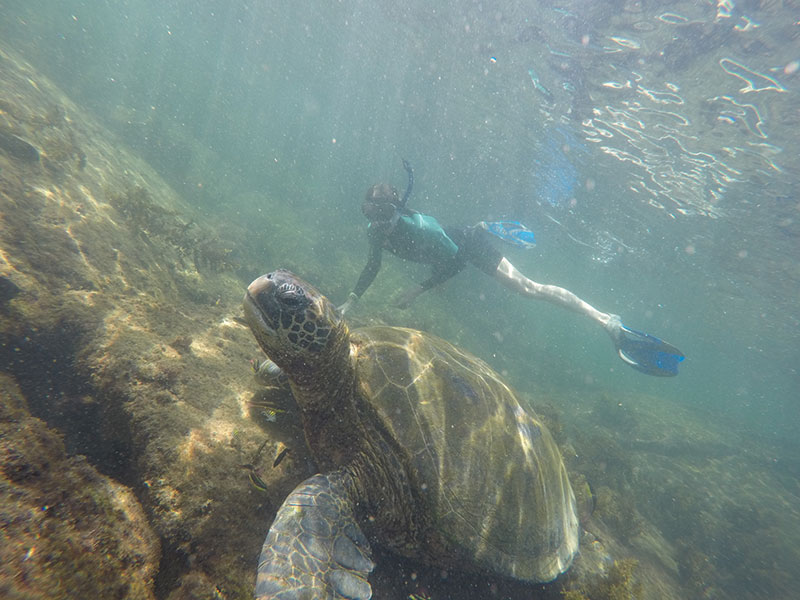 “I learned at Dartmouth that I just really feel happy and at peace and relaxed when I’m outdoors,” says the former math major, who was born in London. “I’d always been a city girl—pubs and clubs and shopping,” she says. “And Dartmouth turned me into an outdoors person. This is such a great way to fulfill that longing.”

“The places we are passing through and the people we are meeting—that’s been much more amazing than the van life aspect.”

As of mid-summer, the family remains in Capilla del Monte, where they had decided before the pandemic to rent a house and enroll Lilly in a local school. Hollendoner, who documented the majority of her family’s road trip on a blog called Monkeys on the Road, is now writing a book about the journey and will be shopping the manuscript to publishers next year.

If the trip is a cultural immersion experience combined with nature therapy, it’s also been an early but temporary retirement. “We basically accept that we’re going to have to work again later,” says Hollendoner, who adds that she’d rather live out of a van in her 40s than in her 50s. Especially since she gets quality time with her daughter: “Lilly’s small and loves being with me, and when she’s a teenager she won’t.” 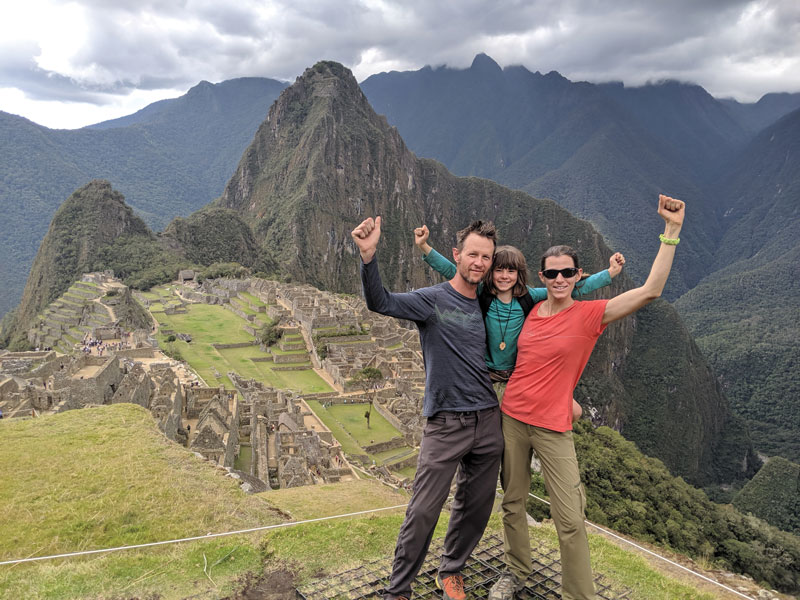