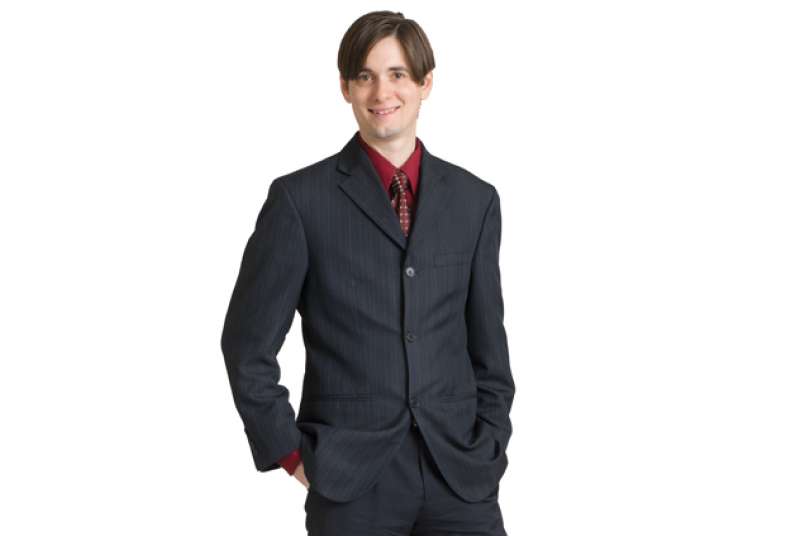 Fifteen years ago you wrote an essay calling for 20,000 libertarians to move to a small state where they could promote libertarian policies. How did you envision your Free State Project working?
I was 24. I didn’t know what to expect. I knew if we could get 20,000 people—about half of Libertarian Party members in the country at the time and, in the case of New Hampshire, about 1.5 percent of the population—we would have enough people to expand civil liberties. I had no idea what that would look like in the flesh.

Why did Free Staters favor New Hampshire over Wyoming, which your members also considered?
We liked the state’s unique mix of public policies. It’s fiscally conservative but socially moderate, with a low tax burden and not a lot of restrictions on people’s private lives. I liked that it has a lot of universities and colleges where I might be able to work.

Are your students aware of the project?
I don’t know how much they know coming into the classroom. I teach my classes in a very pluralistic way. I like to have lots of different viewpoints and robust discussions.

Now that you’ve met your goal of 20,000 members who say they will move to New Hampshire, some of the roughly 2,000 already here have been in the news: the “Robin Hooders” who feed parking meters in Keene, for example.
There are different factions. Some are more oriented toward civil disobedience, some toward electoral politics. Right now I think we have 15 Republicans and three Democrats in the legislature, but there’s a larger libertarian caucus: About 80 to 100 legislators will vote a libertarian position 85 percent of the time.

Where do you draw a line when it comes to civil disobedience?
You have to take into account the interests of others around you. Disobeying an unjust law is not necessarily wrong, but it can be wrong if you’re harming yourself or others. Not everything that should be legal is morally permissible. It’s important for people to support a moral ecology that promotes good decision-making.

What are your metrics for determining the ultimate success of the Free State Project?
Beyond our goal of 20,000 moving to the state, it’s up to each individual to decide what constitutes success.

When did you first embrace libertarianism?
In high school I belonged to an afterschool program on economics. One of the speakers who visited was a libertarian. I came from a very conservative family and I argued with him about issues like drug legalization. He persuaded me that the serious arguments on the other side, which I hadn’t considered before, had merit. When I tried them out on others they seemed to work, so although I didn’t know the term, the ideas I began to adopt were pretty much libertarian.

What can you say about the project’s Porcfest, the summer festival named in honor of your group’s mascot, the porcupine. (It attacks only if threatened.) There’s a compelling video online showing lots of gun carriers and tents, including one that celebrates S&M.
[Laughs] I don’t engage in all the activities people might engage in at Porcfest, but we’re careful that people don’t endanger others. We have lots of people carrying guns, so we make a big effort to educate people about gun safety and anyone who doesn’t follow the rules is ejected. It’s a perfectly safe environment for kids. We bring our 5-year-old daughter there. There’s even zoning on the site. The tent you mention is far removed from the kids’ activities. It’s a fun event and people make of it what they will. It’s fun to be with other people who believe in personal freedom and responsibility.

Are there Free Staters who can’t be classified in the two groups you described earlier: those focused on civil disobedience and those committed to working within the political system?
There’s a third group that overlaps the two, focused on education and school choice. There have been some arguments between the first two, with the latter seeing the former as tainting them with some of their actions—like smoking pot in Keene’s central square. I understand why that alienates people.

Do you expect your members to be concentrated in certain towns or distributed randomly across the state, which would certainly provide more opportunities for those wanting to be elected to the legislature?
People will move where they want to move, and that will be driven largely by the availability of employment. There is a concentration of about 50, I believe, in Grafton, which is a lot for a small town, but I would say most Free Staters are distributed as is the general population, with the majority in the southeastern third of the state, and Manchester probably has more than any other town or city.

There’s been some criticism from outsiders that Free Staters have not identified as such when they’ve run for office. What’s your position on that?
I think you should identify yourself, but it’s okay to run as a Republican or a Democrat. Both parties have a history of having libertarian candidates. The Republican Party is a more recent libertarian tradition. We see that in Ron and Rand Paul, but even Ronald Reagan said that the very heart and soul of conservatism is libertarianism. The Democratic Party used to be pretty close to a libertarian party. Someone like Will Rogers has a pretty libertarian philosophy. I think there’s a place in both parties for libertarians. They are a diverse lot, some are leaning more to the left and some more to the right, and that may dictate which party you get involved in.

If voter frustration on display this election cycle mirrors that of members of your group, what does that mean for libertarianism long term?
Political scientists know that most voters do not have strong, coherent political philosophies. If you define being a libertarian in a very narrow way, only a tiny percentage of Americans are libertarian. But the same is true of conservatives and progressives. If you define libertarianism very broadly, as Gallup does, it’s 27 percent of the electorate, so that’s a very broad definition of libertarians and constitutes the biggest ideological group. It’s determined by how people answer questions about whether the government does too much or too little to solve the country’s problems and whether you believe the government should promote traditional values.

There seems to be a lot of frustration with policy that doesn’t seem to reflect voters’ wishes and doesn’t seem to work in terms of kick-starting economic growth and raising living standards for everyone. I think both of those things are a real issue now, and part of it may have to do with the country being so large and Washington, D.C., seeming so distant to the average voter that many voters feel powerless.

What are your feelings about the country’s presidential candidates?
[Laughs] I told someone the other day that every four years you think it can’t get worse, then it does. Bill Clinton was probably the most libertarian president we’ve had since I started voting in 1996—and he’s not exactly a libertarian!

You’re on the record as opposing secession as an option for New Hampshire, but you’re in favor of more issues handled at the state level than at the federal. What services do think a government should provide?
If we’re talking about ideal society, I would favor government handling things like security and courts and roads, and having that done by real consent. I don’t have a whole lot of patience for talking about ideal theory, but I think we need to go in the direction of decentralization. Here in New Hampshire we have strong local government and a lot of choice among local governments. If they handle education and transportation policy and other kinds of public goods, people can choose the level of public good they want by choosing towns they want to live in. I think local roads are a public good, because you can’t exclude people by putting up tolls. I think environmental protection is a public good—as are amenities like parks.

What do your fellow faculty members think of the Free State Project?
I think a lot of them find it interesting. Some don’t agree with my philosophy, which is to be expected, but a lot of people like the idea of organizing for a particular goal that keeps government accountable and are interested in experiments having to do with public policy. Even those who are not libertarians would be interested to see what would happen in a state with full school choice.

You are director of the Political Economy Project founded by economics professors Doug Irwin and Meir Kohn and government prof Russ Muirhead. What does that require?
I execute our programs, which are designed to engage students on questions of the justice, morality and desirability of markets. It incorporates philosophy, economics, political science or government and is really focused on the students. We do faculty-student dinners and bring in outside speakers for events open to all. We have a student leadership council that hosted an event that addressed why college is expensive. I’d like to do more events with them. I like it a lot because there are no grades and there’s no extrinsic motivation. Students get involved because they are interested, and they have great discussions. I’m even coming around to the view, which I never thought I would, that sometimes grades are an obstacle to learning.

Are grades always detrimental to learning?
I don’t think they are. I’ve always been pretty pedagogically traditional. I like having grades. I like having a good variance in grades and rewarding the students who put in the effort.

Given your Ph.D. and stint as a lecturer at Yale, how would you compare that school to Dartmouth?
I think Dartmouth is probably more ideologically diverse than the other Ivies. That’s my personal experience.