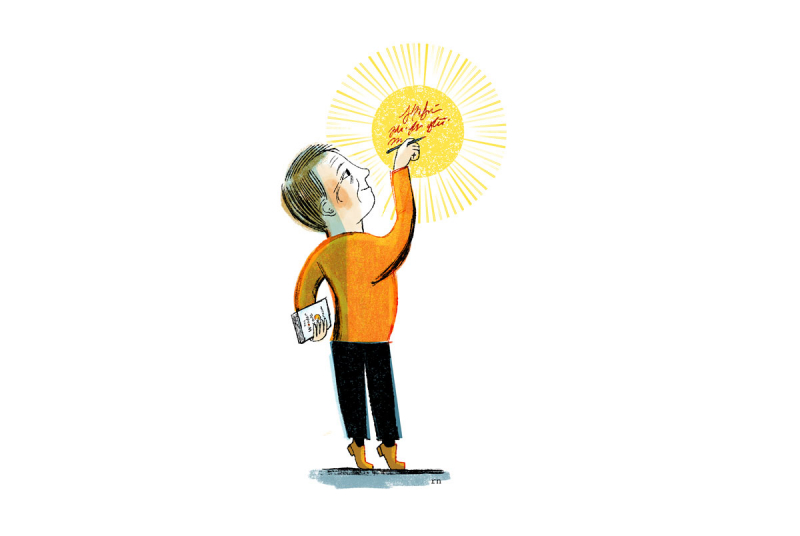 “For me, haiku is a life practice,” Mason says. “Unlike other people who are writers or poets, I don’t schedule a particular time each day to write. Instead I jot down things that somehow move me as I encounter them in my everyday life.”

Mason, who lives with his wife in Chappaqua, New York, has won more awards than any other haiku poet who writes in English. Recently, he published his work and that of other haiku poets in The Wonder Code. He is also an editor at the online haiku journal The Heron’s Nest. The book is organized around themes of mindfulness he feels are often overlooked in Western life. “I see wonder almost everywhere and in everything. It sounds like a platitude, but for me it has become a reality,” Mason says.

The former studio art major spent most of his career in marketing. After a vacation in Japan several decades ago, he became interested in haiku—short poems of unrhymed verse in three parts. “A good haiku will conjure a particular experience with an emotional affect,” he says. “A haiku is only half completed when the poet writes it. It’s only completed when the reader or listener takes it in. The role of readers or listeners is to insert themselves in the gaps and connect the parts in a way that’s personally meaningful.”

Mason notes that nearly all the haiku writers he knows are accountants, housewives, office workers, electricians, dentists, students. “Haiku is anything but rarefied or
elitist,” he says. “It’s the closest thing we have to ‘world poetry.’ ”