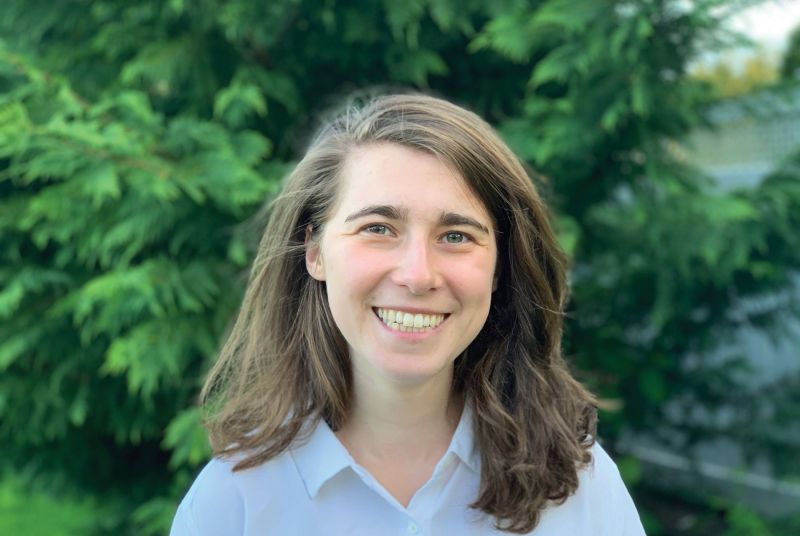 Krupp gives good chase. The biology major spent one college summer bounding after mountain goats in Washington’s Olympic National Forest. Working for the U.S. Forest Service, she was making sure the salt-crazed animals weren’t munching on the sweaty backpack straps hikers left on the ground.

Now the Long Island native pursues different targets: hesitant vaccine-takers, crime-worried homeowners, and babysitter-deprived parents. Krupp, a general assignment reporter with Vermont Public Radio as of June, covers the remote Northeast Kingdom region. In solidly sourced stories that can run to seven minutes, she explores the daily challenges rural towns face. “I wanted to go outside my comfort zone,” says Krupp, who has created podcasts for Gimlet Media and reported on the environment for a small Michigan public radio station. “This is sort of a dream job.” It’s one that comes with an honor. Report for America, a not-for-profit that helps depleted newsrooms by hiring young reporters to repopulate them, selected Krupp for the gig. “She has a really keen ear for what makes good radio,” says Brittany Patterson, VPR’s deputy managing editor for news, “in addition to having great reporting chops.”

Small-town newspapers may be in a death spiral, but radio’s future looks bright to Krupp, who lives in Norwich, Vermont, with her fiancé, Mark Kaufman, a journalist she met when they attended New York University graduate school. “We may be in a podcast bubble,” she says, “but there are jobs in audio, and it’s the direction media consumption is headed in.”