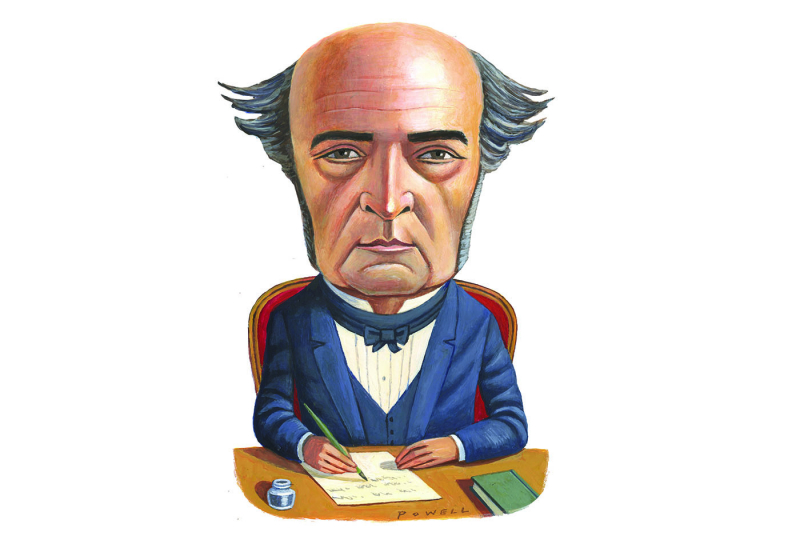 Levi Woodbury, class of 1809, served in all three branches of government at the state and federal level.
Sue Shock | Jan-Feb 2020

Levi Woodbury, a Phi Beta Kappa graduate, was elected to New Hampshire’s state legislature and appointed to the state supreme court before he became governor in 1823. He later served as a U.S. senator and a cabinet secretary for Presidents Andrew Jackson and Martin Van Buren. In 1845 President James Polk named Woodbury to the U.S. Supreme Court, where he presided until his death in 1851 at age 61. Here are some notable details from his lengthy career.

The Jurist
He was the first U.S. Supreme Court justice to attend law school (in Litchfield, Connecticut) but did not earn a law degree.

Shell Life
Woodbury was the first vice president and a lifelong supporter of the N.H. Historical Society, formed in 1823. He collected specimens of the botany, minerology, and conchology of New Hampshire.

Conflict of Interest
Known as the “baby judge” of the N.H. Supreme Court—Woodbury was the youngest judge ever appointed, at age 27—he is believed to have recused himself when the Dartmouth College Case was heard in 1817. Richard Morin ’24, Dartmouth’s librarian emeritus, wrote that “probabilities suggest that he properly disqualified himself.”

Ship Shape
As secretary of the Navy, Woodbury introduced an option for sailors to exchange their spirit ration for money—providing “inducements for a voluntary abandonment of the use of daily poison,” he said. He also limited the amount of corporal punishment officers could inflict on sailors.

Lost Cause
Woodbury lost the Democratic presidential nomination in 1848 and was expected to be the 1852 nominee before his sudden death in 1851. George Chapman, class of 1804, wrote, “In the estimation of multitudes, death alone deprived him of the U.S. presidential elevation.”

A Bank Crisis Helped
During Woodbury’s tenure as secretary of the treasury, the United States paid off its $58- million national debt for the first and only time.

He Took His Time
Woodbury was eulogized as “an able and painstaking judge, patient if possible to a fault….”

Upon My Word
“His style of writing was turgid and obscure, doing little justice to his acknowledged clearness of intellect,” wrote author Horace Greeley in an obituary of Woodbury.

Wrong Side of History
As a Jacksonian Democrat in favor of manifest destiny, Sen. Woodbury voted for the Indian Removal Act and the annexation of Texas as a slave state. He supported states’ rights, saying, “I carry with me, as a controlling principle, the proposition that state powers, state rights, and state decisions are to be upheld when the objection to them is not clear. ”

A Name to Remember
Tuck School named a dorm after Woodbury in 1930. Other namesakes include Woodbury County, Iowa; Woodbury, Minnesota; and Woodbury, Tennessee. The government also named four ships for him between 1837 and 1941.