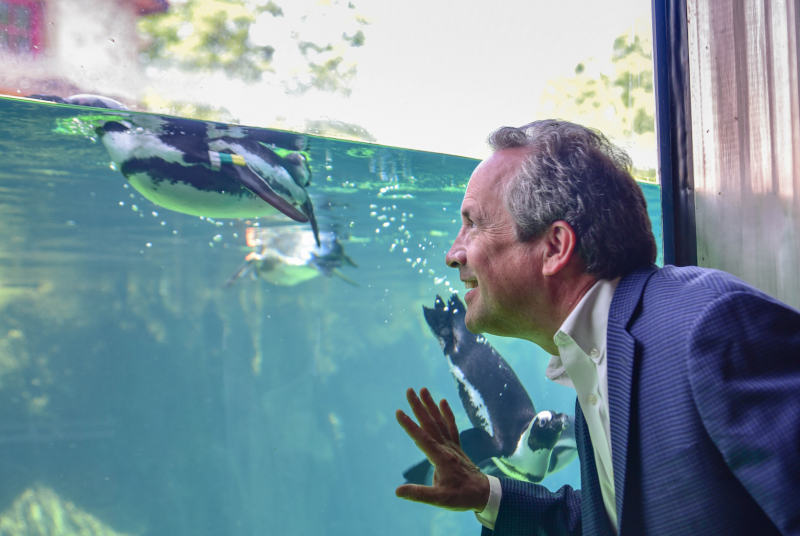 Photography courtesy of the Maryland Zoo
Voices in the Wilderness

April was a hard time for Fowler to come aboard as president and CEO of the 135-acre Maryland Zoo in Baltimore. The zoo had shut down because of the pandemic and did not reopen until the end of June. “We lost about $4 million—which is about 25 percent of our budget,” Fowler says. “It was a tough, tough year.” The zoo had to terminate 21 percent of its workforce. Since reopening, the number of visitors has surpassed previous years. “We had to institute greater protections because of the susceptibility of certain species to Covid,” adds Fowler. So far those animals, such as the cats, chimpanzees, and otters, are disease-free.

The zoo is home to about 1,500 animals and 200 different species, including the Baltimore NFL team’s raven mascots. (Fowler is a huge fan.) A government major who lives in northern Baltimore with his wife and two daughters, Fowler praises the zoo’s global conservation efforts, focused on six signature species, from tiny Panamanian golden frogs to African elephants and great apes. “It has been wonderful to see Kirby’s energy and enthusiasm for the mission of the zoo,” says Jen Lowry ’90, chair of the Maryland Zoological Society’s board of trustees.

Fowler is fascinated by the zoo’s 15 chimpanzees, including three babies. He’s not alone. “The minute people see them,” he says, “they forget all about Covid.”