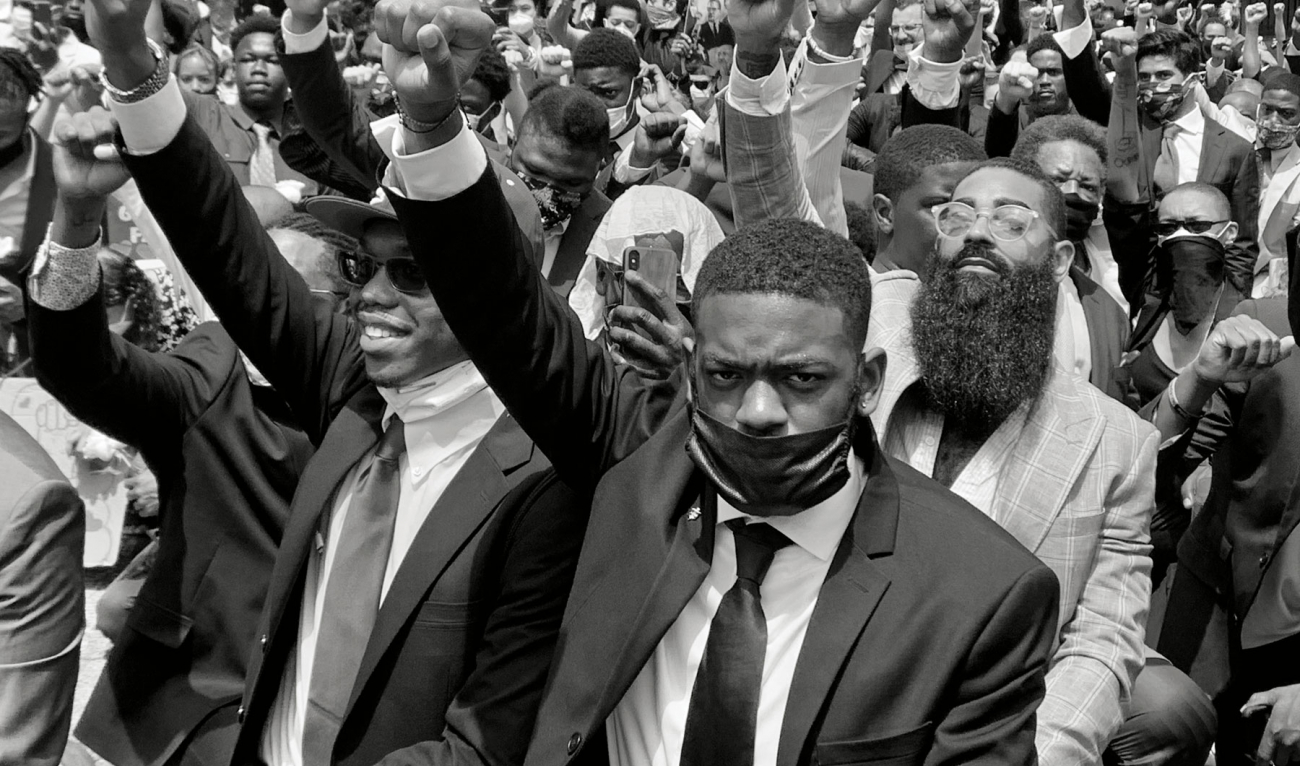 I had just finished visiting my stepfather’s grave in Houston for Memorial Day when I saw the horrific video of Minneapolis police officer Derek Chauvin kneeling on 46-year-old George Floyd’s neck. For nearly nine painful minutes, four police officers ignored Floyd’s repeated cries for help. The footage was raw and shocking and yet all too familiar. In Floyd’s desperate plea I could hear the same words spoken by Eric Garner, the Staten Island man who had been choked to death by New York police officers in 2014. They were two black fathers, both in their 40s, both killed by white police officers for minor infractions, with both incidents caught on video, and both uttering the same last words—“I can’t breathe.”

No three words in the English language better articulate the suffocation of blacks living under centuries of white supremacy. For many of us, Floyd’s death symbolized the cumulative impact of 400 years of oppression. America had repeatedly avoided and ignored our appeals for justice, and suddenly the moment had arrived to demand it by any means necessary. By the end of the week I could hear the voices of outraged protesters chanting outside my New York window, and I knew I could no longer remain quarantined, watching the revolution on a television screen. I left my apartment, ran into the streets, and began documenting a huge demonstration that spread through Harlem like wildfire.

America had repeatedly avoided and ignored our appeals for justice, and suddenly the moment had arrived to demand it by any means necessary.

The peaceful protesters quickly took control of the main thoroughfares of the community and marched down 125th Street to the West Side Highway. From there, hundreds of people proceeded up a ramp onto the southbound highway and forced traffic to a halt. I recorded the event as it happened and posted it online. The demonstrators expanded to the northbound lanes of the highway and shut down all vehicular movement in both directions. I continued recording, posting video, and interviewing participants as they proceeded past the celebrated tomb of Civil War General Ulysses S. Grant, the iconic steeple of the Riverside Church where Dr. Martin Luther King Jr. delivered his famous speech against the Vietnam War, and the historically black community of Harlem into the Upper West Side. That’s when the police arrived in a show of force. NYPD vehicles blocked traffic at the 95th Street exit while an intimidating phalanx of officers advanced toward the protesters. I stood near the side of the road in between the police and the protesters to film the inevitable confrontation. When the police approached, I told them I was with the press. They moved past me but then turned around in a group and arrested me.

My arrest, on May 30, took place just one day after a black CNN colleague, Omar Jimenez, had been arrested while reporting live on the air from the protests in Minneapolis. He was arrested even though a white CNN reporter, Josh Campbell, was not arrested near the same area. Campbell publicly acknowledged that he had been “treated much differently” than Jimenez, and the televised arrest, along with the disparity in treatment, served as yet another reminder of why the protesters were marching.

In my case, the police took my cell phone, cracked the screen when they dropped it on the street, cuffed me with tight zip ties that bruised my wrists, and carried me backwards to the police blockade. The officers removed my mask, photographed me, and stuck me in a sweltering van. I have covered protests for years—my first was as editor-in-chief of The Dartmouth when the campus exploded in 1986 over the College’s investments in apartheid South Africa—but this was the first time I had ever been arrested. Some consider it a rite of passage for black men, but, until that day, I had been fortunate to bypass this ritual. Since childhood I have lived with claustrophobia and syncope, and the thought of being locked up and handcuffed had always scared me. I have passed out many times in my life—at my grandfather’s burial, in a crowded black church with President Bill Clinton, in the middle seat on a transcontinental flight, and in my own home—under less stressful circumstances. As I sat alone in the van, my mind immediately started to worry about my physical health, and I made a point to tell the officers that I could faint at any moment. When they closed the thick metal door, I thought about Freddie Gray, the 25-year-old black man in Baltimore who died in suspicious circumstances in the back of a police van in 2015.

A few minutes later another unmasked prisoner, a 21-year-old Hispanic man, joined me. We sat only a few feet apart, sweating in the back of the vehicle. The police drove us to the east side of Manhattan, where we were moved to an un-air-conditioned prisoner transport bus and waited for an hour with our hands tied behind our backs as new prisoners were loaded onto the vehicle. Next, the bus drove us to police headquarters downtown, where I was processed, photographed again, and stuck in a jail cell with 34 other inmates.

I was now locked up with dozens of unmasked prisoners in the very city that had been hardest hit by the pandemic. I was never given a phone call and never given an opportunity to contact a lawyer or a loved one throughout the entire ordeal. Finally, at 9:30 that evening, after six hours in police custody, the officer who arrested me returned to release me. He gave me a summons to appear in court in November for the misdemeanor charge of disorderly conduct. That meant I had been arrested, incarcerated, and potentially exposed to a deadly virus—for a simple civil ticket.

As a child I studied the lessons of Malcolm X and Martin Luther King Jr., and I knew from their examples that the struggle to build an inclusive, multiracial, and diverse society would come with risks. But it was not until late in my adulthood, in the spring of 2020, that I—like so many other black men in America—finally became a statistic. 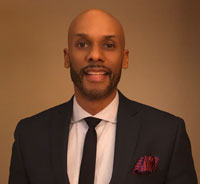 Keith Boykin '87 is a CNN political commentator and former Clinton White House aide who teaches politics at the Institute for Research in African-American Studies at Columbia University. He is the author of the forthcoming book, Race Against Time: The Politics of a Darkening America.