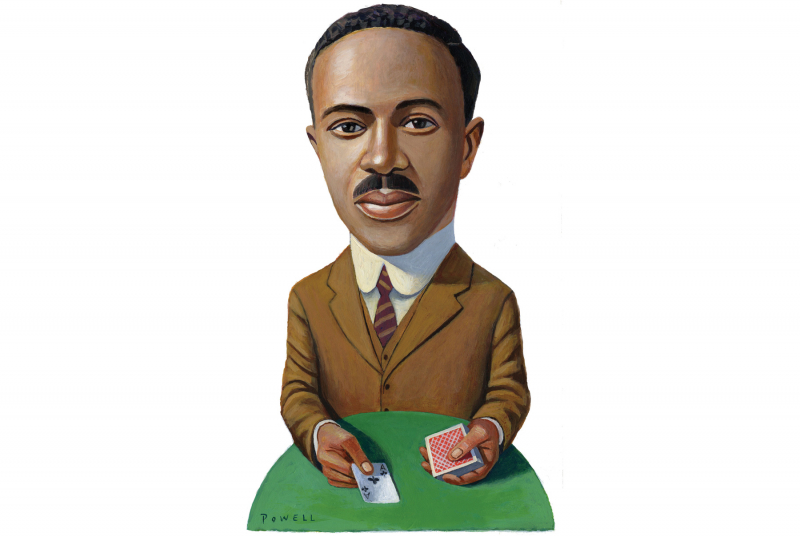 As the nation’s first Black certified public accountant, John Wesley Cromwell Jr. served as comptroller of Howard University and ran the books for many Black-owned businesses. He also helped mentor other Black CPAs. His father was a Washington, D.C., lawyer, historian, and publisher of the newspaper The People’s Advocate. Cromwell’s sister, Otelia Cromwell, Ph.D., broke her own glass ceiling: She was the first Black graduate of Smith College and became an English professor. Here’s a glimpse into Cromwell’s remarkable life.

Up from Slavery
In 1851 Cromwell’s grandfather, Willis H. Cromwell, purchased his family’s freedom from slavery in Virginia and moved to Philadelphia.

Stellar Student
Before heading to Dartmouth, Cromwell studied in the preparatory department at Howard University. In Hanover he focused on math and astronomy. He won the Thayer Prize in Mathematics, which is still awarded to freshmen “for superior proficiency.” He was inducted into Phi Beta Kappa and was a member of Omega Psi Phi.

Taking Tricks
As a student Cromwell learned to play—and love—bridge. He was an expert player and helped create the American Bridge Association in 1932, when Black players were excluded from most bridge tournaments.

Live Free or Die
He taught Latin, German, and math for more than 20 years at Paul Laurence Dunbar High School in Washington, D.C., after graduation. Self-taught in accounting, Cromwell became a CPA in 1921. He had to take the certification test in New Hampshire because many Southern states did not offer the exam to Black people. He retired in 1956.

No Shortcuts
In 1918 Cromwell married Yetta Mavritte, a cousin of Sen. Edward Brooke of Massachusetts. They had one child, Adelaide, who earned degrees at Smith, Penn, and Radcliffe and became a sociology professor at Boston University. She told an interviewer that her father had a motto: There is no shortcut to glory. Adelaide also recalled a restaurant manager telling her, “Your father makes me account for every penny when he comes to do the books.”

Back on Campus
Cromwell died in 1971 at age 88. “Always respected and liked by his fellow students, he became a loyal and generous alumnus,” read his obituary in this magazine. “He regularly contributed to the Alumni Fund and attended nearly all of our reunions through the 55th.”