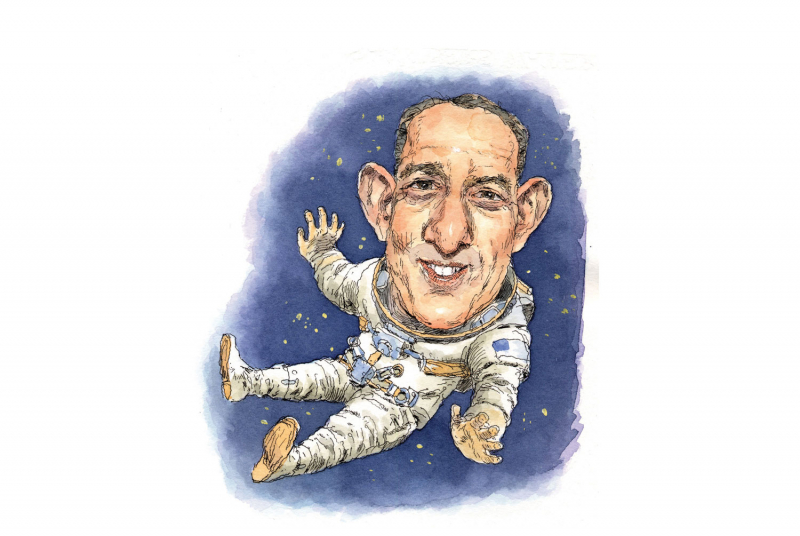 “I watched the first moon landing as a 12-year-old who had just begun to realize I was going to have to get a job someday. I really liked math and science and thought being an astronaut would be a great way to combine those things.”

“I was one of those kids who stuck with my dream. I allowed myself the luxury of trying for the astronaut program, even after the third time I got rejected and it dawned on me, ‘I might not get that job.’ After five and a half years with NASA I was accepted at the age of 33, which is average. I was happy to be average.”

“I was idealistic enough to believe we didn’t have to take everything about our society with us wherever we went in the universe, that we could just take the good. Part of my growing up was realizing we’re going to take everything—good and bad—because we’re people.”

“Kids still want to go into space. NASA usually gets about 6,000 applications during an astronaut selection cycle. After The Martian came out in 2015, the agency got about 18,000.”

“I watch space movies with a perspective that comes from my older daughter. When she was young and we were watching something I found annoyingly hokey, she elbowed me to say, ‘Dad, it’s a movie.’ On the one hand, if you know enough about space, Gravity is a comedy, but I was on the edge of my seat watching it because it deals with many things astronauts worry about. In the end, it’s a movie.”

“I don’t believe in the visits of aliens that have been reported. If NASA could prove aliens existed, it would get a much bigger budget. I also know how impossible it would be to have thousands of government employees in a conspiracy nobody reveals.”

“Dartmouth was great for me because I had my own path and was able to stick with it. I didn’t join a fraternity, and I didn’t drink—and I learned so much.”

“I do believe there must be other life out there somewhere given our galaxy of 100 billion stars and a universe of more than a trillion galaxies. But, unless we discover some new physics, we are going to be stuck with speed-of-light travel, which is going to dramatically limit us.”

“I will always miss being in space. I still dream about it.”

“My wife has been a very stabilizing influence. When I was on my third flight, to start building the space station, she was home from work as an attorney with children 3 and 1. She sent me the equivalent of an email that said, ‘Jim, you need to get your space-hero butt home and help change diapers.’ I always tried to keep that in mind.”