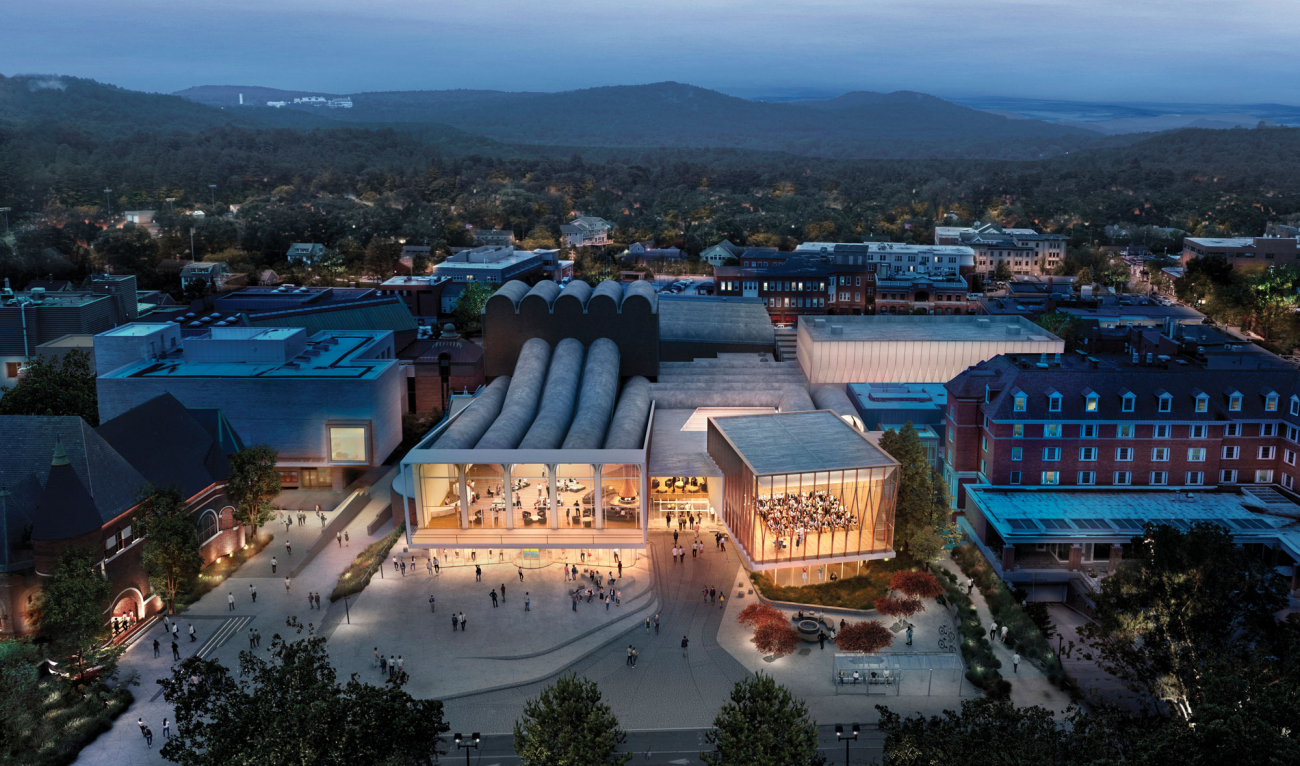 The long-awaited design and details arrived in April, with construction set to begin later this year. They call for the addition of 15,000 square feet and a transformation of much of the arts center. Makeover highlights include turning Alumni Hall into a “performance lab” with seating and updated sound, lighting, and projection technologies. The roof will also, literally, be raised. Other features include a new futuristic recital hall and a theater rehearsal lab. The Top of the Hop and Spaulding Auditorium also will receive makeovers.

“The Hop has long been a center for creative expression on the Dartmouth campus,” says Craig Dykers, a founding partner of Snøhetta, the Oslo, Norway-based architects behind the design. “As the prototype for an entire generation of academic and civic art centers, the Hop will be reimagined once more as the College’s cultural hub, a place of experimentation, art, and community.”

The redesign aims to foster more “opportunities for artistic creation,” notes Mary Lou Aleskie, director of the center. With a reopening slated for 2025, she has plenty of time to plan a celebration—and help raise the nearly $38 million still needed to meet the price tag. 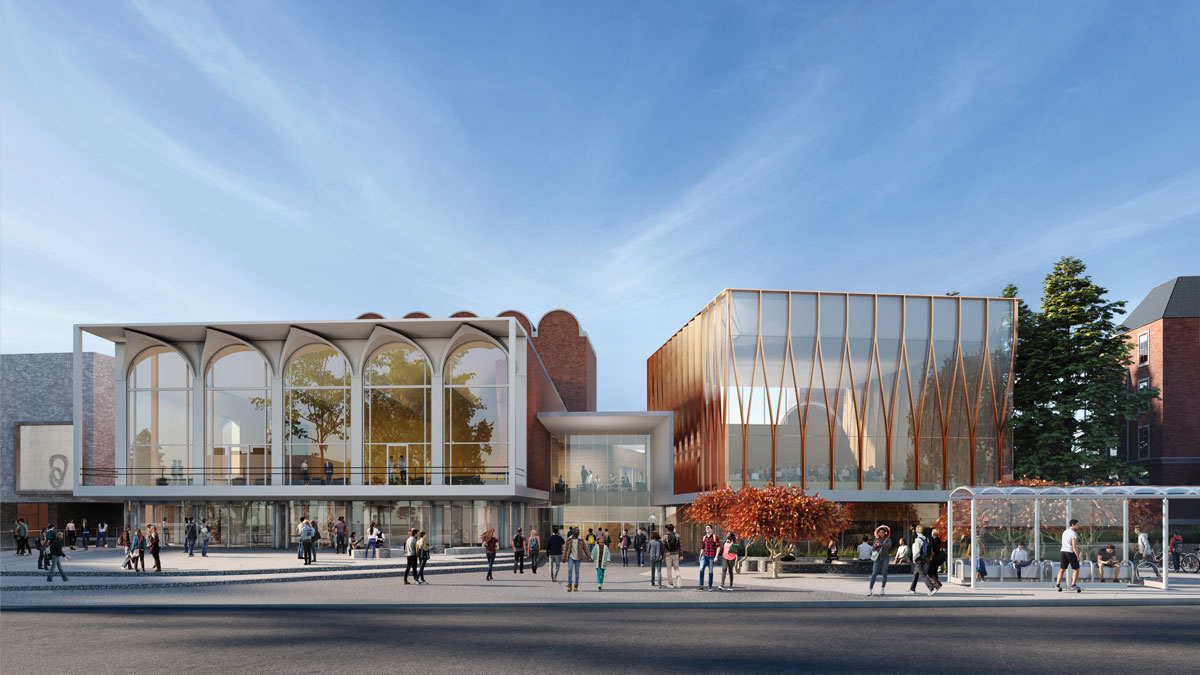 A new plaza and north façade will transform the front view of the Hopkins Center and accommodate outdoor performances and other public gatherings. 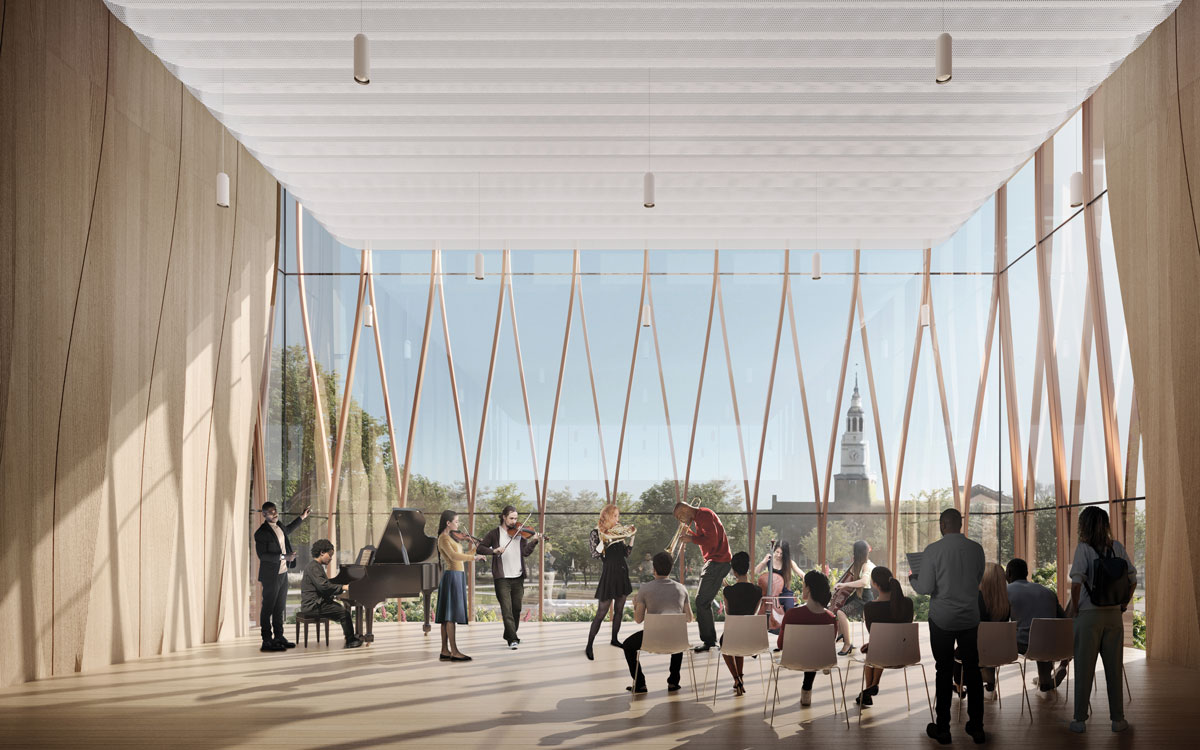 Plans call for a new, multiuse recital hall with premium acoustics, 130 seats, and a wide view of the Green and Baker Library tower. 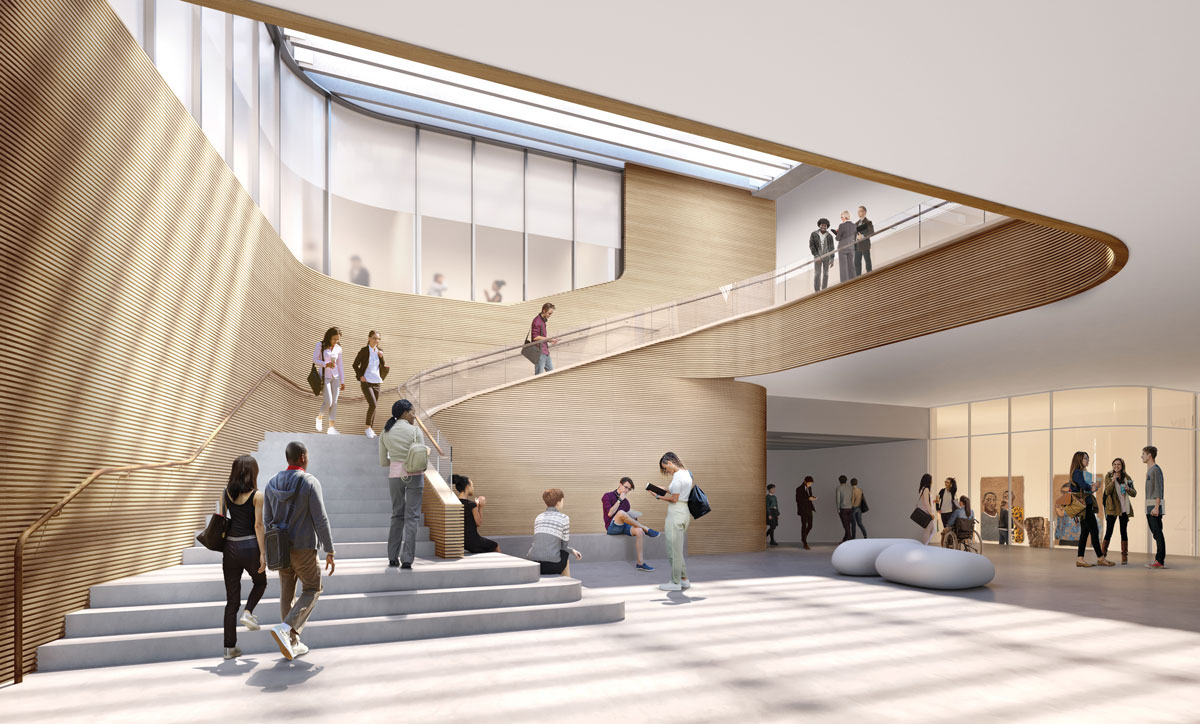