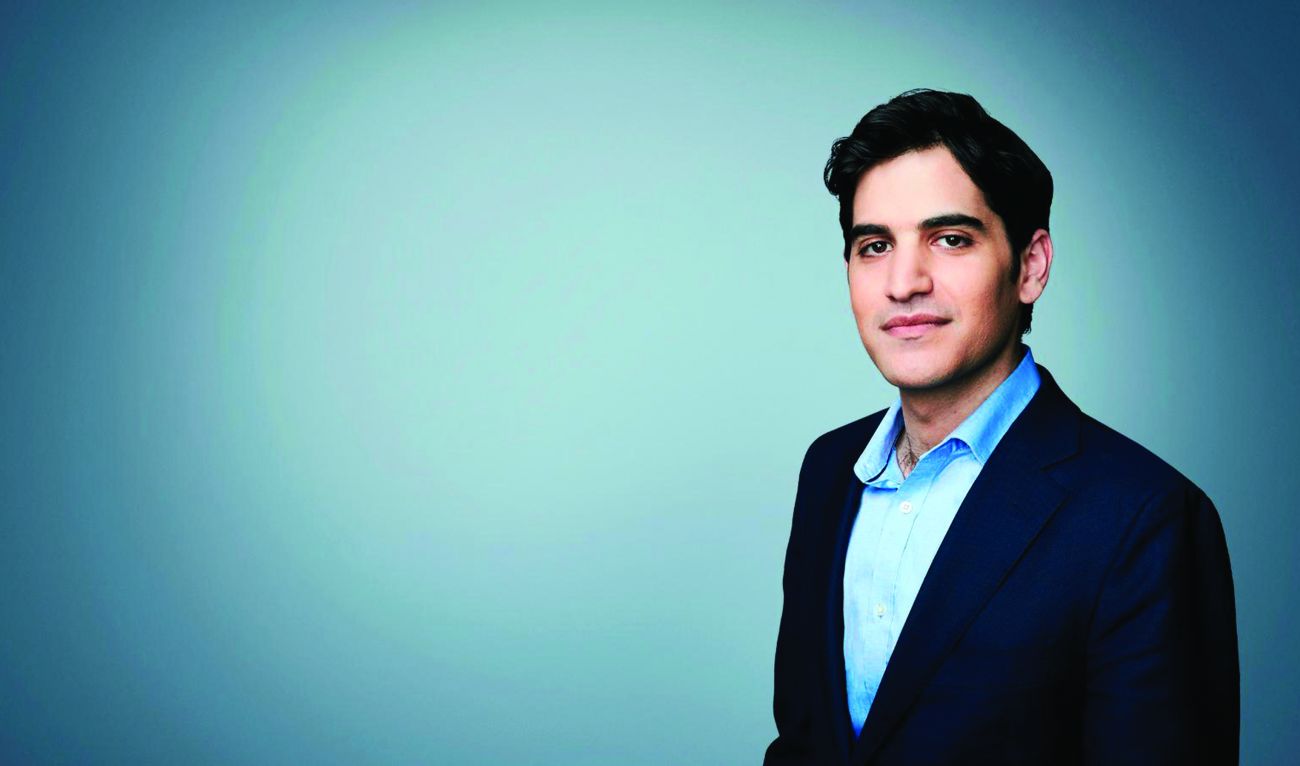 There’s Something About Harry

CNN’s Harry Enten ’11 is hardly your parents’ pundit: His love of YouTube, Twitter, and Popeye’s fried chicken is matched only by his prowess at analyzing presidential elections.
Mark F. Bernstein | Nov-Dec 2019

Through the magic of YouTube, one can still rewatch election night coverage from 1948.

Harry Enten knows the outcome, of course, but that doesn’t spoil it. Watching old election returns is one of his favorite weekend pastimes. If he is in the mood for something more obscure, Enten, the senior writer and analyst for CNN Politics and previously a senior writer for the analysis site FiveThirtyEight, might search for returns from an old midterm. A favorite is 1978. Democrats took it on the chin that night, losing 15 seats in the U.S. House of Representatives and three in the U.S. Senate, a harbinger of the Ronald Reagan landslide two years later.

Fortified with his favorite takeout from Popeye’s and a diet cream soda or root beer, Enten can sit glued to his laptop for hours. “From 1978, you can watch Joe Biden getting reelected to the Senate. You can watch current U.S. senator Lamar Alexander getting elected governor of Tennessee. So it’s fun,” he explains. Don’t bother checking. Of course Enten has the details right.

Keep searching YouTube, and even Enten shows up in an unusual way. A few months before the 2016 election, a songwriter named Jonathan Mann wrote a catchy tune that’s been viewed nearly 30,000 times. Mann named the song “Harry Enten Is Looking for a Girlfriend”:

He’s a clear-eyed statistician,
Something of a presidential historian.
He loves dogs and root beer,
Oh, he’s Whiz Kid Harry Enten
Looking for a girlfriend.

Mann got the final line from an Enten tweet in which he bemoaned the state of his dating life. The pundit shares a lot on Twitter, where he has posted more than 87,000 times and has more than 148,000 followers. He discusses not only the latest polling data but also his love of dogs, snow, the Buffalo Bills, TV theme songs, Popeye’s fried chicken, and diet A&W. Enten is such a devoted tweeter that he once gave it up for Yom Kippur as a form of atonement. 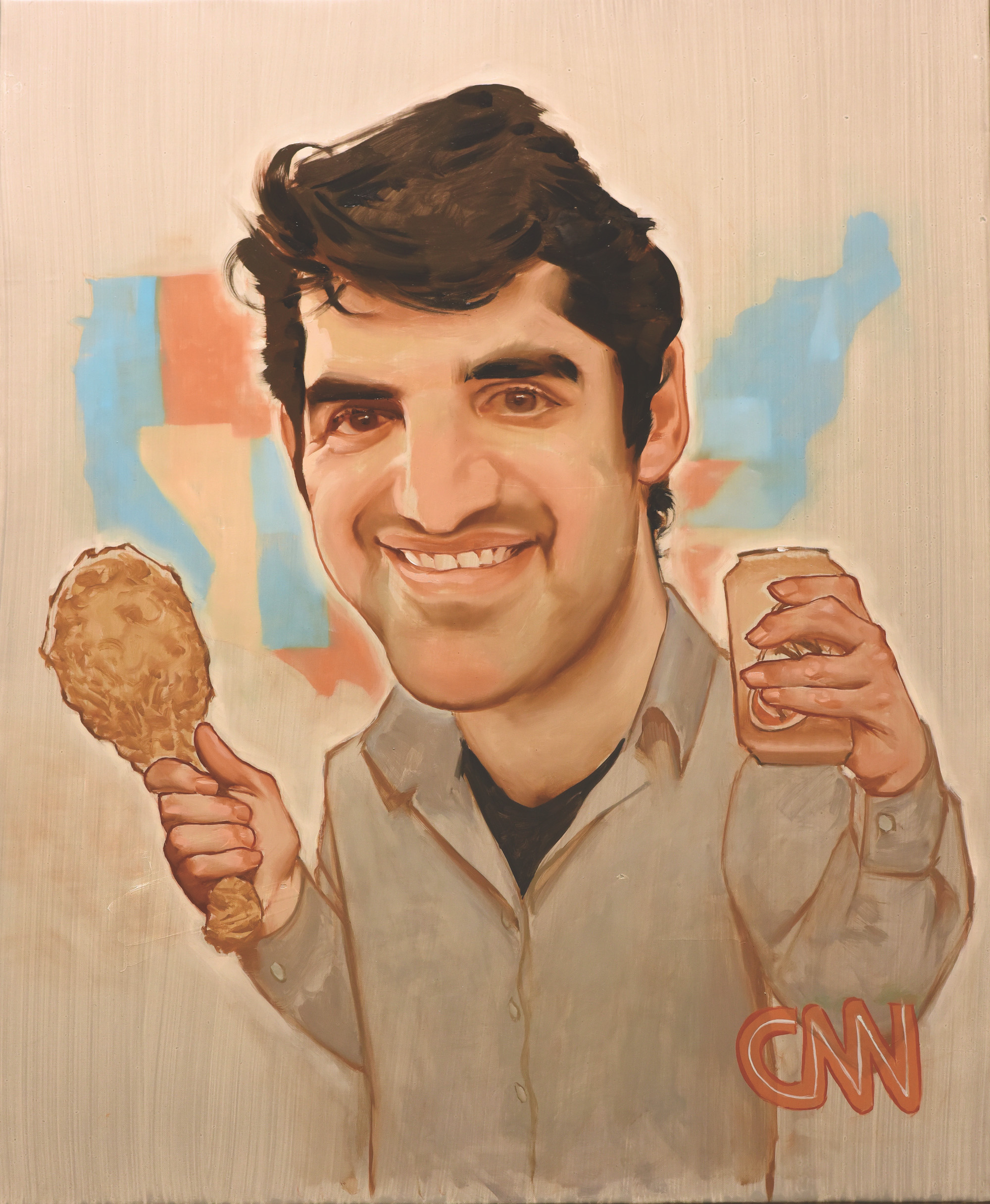 Enten is known for his love of Popeye’s fried chicken and diet A&W, among other things. Illustration by Dan Adel ’84.

Before he joined CNN last year Enten shared his insights and idiosyncrasies on the popular FiveThirtyEight podcast, where he was immediately identifiable by his sharp Bronx accent.

“He’s the kind of guy who makes us all smarter, focusing on things that most of us hadn’t even thought of,” says Enten’s TV colleague, CNN anchor Jake Tapper ’91.

Enten may be everywhere, but he is hard to categorize. As the song says, he is a clear-eyed statistician and something of a presidential historian, but neither of those occupations fully captures his work. He follows partly in the footsteps of election analysts dating back to Theodore White, whose Making of the President books were bestsellers in the 1960s, but he is not one of the boys on the campaign bus, either. Even among his current professional peers—including former boss Nate Silver, Stuart Rothenberg at Inside Elections, Charlie Cook at the National Journal, Nate Cohn of The New York Times, and Steve Kornacki at NBC—Enten stands out.

Put it this way: No one has written songs about them.

In politics, as in many fields, data is generated much faster than people can understand it. Journalist and analysts such as Enten try to help us get a drink out of that information fire hose, but are they succeeding? Are we learning anything or making the same mistakes?

Although he spends most of his waking hours consumed with politics, Enten says he doesn’t like politicians. “I want to see the best in people,” he explains, “and oftentimes politicians are not people who you can see the best in.” That is not to call him a curmudgeon. “Democracy is fun,” he insists over lunch at—where else?—Popeye’s. “It’s one of the most radical things out there, the idea that we’re going to trust our fellow citizens to go and cast their ballot for someone.”

Today, Enten is so scrupulously nonpartisan he doesn’t vote. Still, his first political memory is of going into the voting booth in 1992 with his father, a longtime New York State judge. The event that really hooked him, though, was the 2000 presidential race. For a budding election-night junkie, what could have been better than 37 days of overtime?

Enten, who attended a Bronx prep school, chose Dartmouth because it promised access to two of his passions: snow (weather forecasting is another hobby; the amateur meteorologist sent friends a weekly weather email for years) and presidential politics. As luck had it, Enten was on campus for the 2008 New Hampshire primary, when Hillary Clinton confounded pollsters to defeat Barack Obama. Enten, who majored in government, skipped an Obama rally because he had a political science class, only to have the professor scold him for having misplaced priorities.

His college days were the last time Enten was overtly partisan. He joined the College Democrats and the campus NAACP chapter. His wonkier leanings were already evident because he oversaw campus elections as head of Dartmouth’s elections planning and advisory committee. “It was like being secretary of state, in a way,” he says. Enten persuaded the committee to introduce approval voting, allowing students to vote for as many candidates as they liked.

For six months after graduation, Enten lived with his parents and continued writing his election analysis blog, Margin of Error, which he had started in high school. His work developed enough of a following that the British newspaper, The Guardian, hired him to write about American elections. Silver, who had also been reading Enten’s blog, brought him to FiveThirtyEight in 2013. When its podcast launched in January 2016, Enten became a star who endeared himself to listeners with his quirky interests and willingness to mix it up with Silver.

Jody Avirgan, who produced the podcast and now works for ESPN, says Enten intuitively understood the three cardinal rules of podcasting (and tweeting): “Say it in 30 seconds, say it snappy, and move on.” Though Avirgan was the first to dub Enten the “Whiz Kid” for his precociousness, he came to appreciate Enten’s other qualities. “Harry has a deep decency that I really admire,” he says.

With the 2018 midterms approaching, everyone wanted to beef up their electoral analysis desks. Enten was an obvious catch. He moved to CNN last February and was on air throughout election night. He has also launched a podcast, The Forecast Fest, but his main outlet remains that free-for-all known as Twitter.

To get a sense of the breadth of Enten’s work—and personality—consider his Twitter presence during a weekend in mid-August. It’s a time when many people take a vacation, but Enten was still at home, tweeting.

He shares a thread by a Democratic consultant who assesses Bernie Sanders’ support among nonwhite voters and points out that new national polls by NBC/The Wall Street Journal and Fox News have very different takes on Biden’s popularity. (Enten thinks highly of Fox’s polls but doesn’t take sides here.) Writing in text shorthand, he adds: “I BEG of folks to please…please not just use the latest poll. Average if u have 2 high quality polls come out within days of each other. This ain’t hard.”

He also shares a new Quinnipiac poll showing that Democratic voters as a whole prefer candidates who will work with Republicans rather than stand up to them, making a favorite point that Twitter devotees tend to be more stridently partisan than the broader electorate.

Amidst all this, Enten the night owl finds time to recommend that incoming college students take afternoon rather than morning classes. “My general feeling was that if the b-ball team was going out for morning practice, it meant it was time to finally fall asleep,” he tweets. And, of course, Enten wouldn’t be Enten without a fast-food take: “This Popeye’s sandwich is amazing. The reviews are true!”

Benjamin Disraeli observed there are lies, damned lies, and statistics. Enten’s job is to help readers and viewers distinguish between them by sifting numbers, interpreting them, and placing them in historical context. Don’t call his work “data journalism,” cautions Clare Malone, his former FiveThirtyEight colleague—call it “empirical journalism.” As Silver explains, “A lot of what Harry or I end up doing is critiquing the conventional wisdom and seeing how much it stands up to scrutiny.”

“What we’re trying to figure out [for 2020] is how to express probability in a way that people get. Is it odds? Probability? Margin of error? Making comparisons to other events in your life? Whatever it takes to get people to understand, I’ll do it.”

Enten bucks the widely held belief that pollsters blew it in 2016. To the contrary, he explains, sometimes with exasperation, the polls indicated until the end that Trump had about a one-in-three chance of winning. But the media, and through it the public, took data showing Clinton was likely to win and mistranslated it as a certainty. Polls were actually further off the mark in 2012, but because they all had Obama ahead and merely understated his margin, no one remembers.

“I think people do understand margins of error,” Enten says. “What we’re trying to figure out [for 2020] is how to express probability in a way that people get. Is it odds? Probability? Margin of error? Making comparisons to other events in your life? Whatever it takes to get people to understand, I’ll do it.”

If he doesn’t sound like your parents’ pundits, Silver agrees. “Now, if you’re a journalist, beat reporter, or campaign trail reporter, you’re expected to be able to talk about polling competently. There’s this slow generational shift, I think,” he says. Last November the media did a better job interpreting polls that showed likely Democratic gains in the House but a tougher road in the Senate. The lessons of empirical journalism may be sinking in—Enten believes that they are—but the real test will come a year from now in the chaos and confusion of a presidential election.

Enten expresses one of those lessons atop his Twitter page, words that might serve as his professional credo: “I trust no living human, but I do trust the polls.”