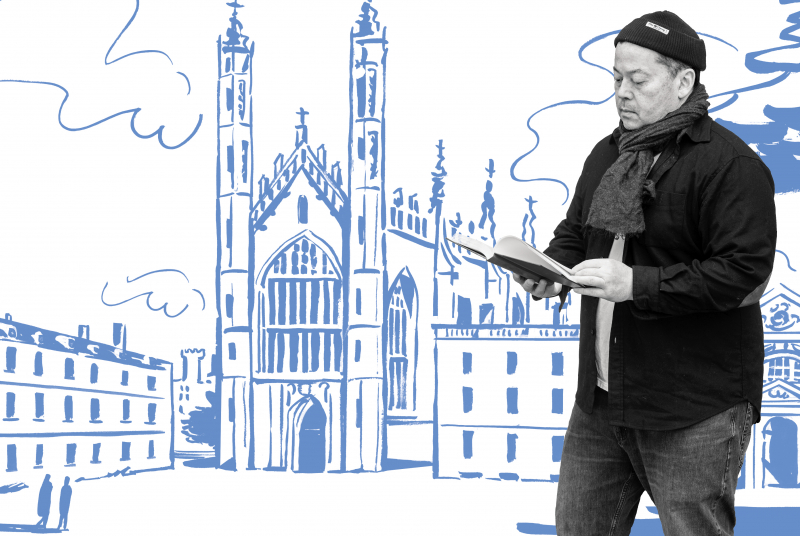 Professors reveal the books they’ve read in the year of the pandemic.
March-April 2021

“I’m really enjoying this biography of writer E.M. Forster. I’ve been dipping into it very slowly, but it’s a perfect refuge from the present, and I’m a big fan of Forster. I’m also reading his novels, in particular Maurice and Howards End.”

“This dreamlike novel is told by a novelist living on an island off the coast of Japan, contending with all these normal things disappearing from daily life—birds, flowers, photos—and the rapid readjustment people make to their losses and to the losses they know are coming. It’s hard not to see the parallels with our present moment of collective forgetting about the present losses with the pandemic or our expected losses with climate change.”

“Reading fiction in recent months I’ve been looking for light in the dark, but I’ve also been wallowing in that darkness, returning to older works that seem to offer no hope at all and newer ones from the British gothic and folk-horror revival. These works seem particularly relevant for these times. Both of these books are haunting, strange, perplexing—and gruesome enough to prevent sleep at night.”

“The author, a professor at the SUNY College of Environmental Science and Forestry and a member of the Citizen Potawatomi Nation, brings these two roles to bear in this gorgeously poetic account of what nature and, in particular, the sweetgrass plant can teach us about collaboration, healing, and survival. Every chapter is a revelation urging us to braid analysis with emotion, utility with beauty, science with ancient wisdom.”

“I walked by a dog-eared copy of this book several times a day while working from home. Assigned to my high school son, it was a book I had never read and my curiosity finally got the better of me. I could not put it down, drawn to the personal journey that unfolds as Siddhartha learns that his search for the meaning of his existence was never one idea, nor one answer, nor one text. Instead, he realizes that meaning must be experienced through each individual’s meandering journey of connection and isolation, love and loss, beauty and tragedy.”

“A friend gave me this book and I was skeptical that I’d enjoy it, given its label as ‘middle-grade fiction.’ Wow, was I wrong. The adventures of Prue and her friend Curtis in the secret world that the residents—people and animals—call ‘Wildwood’ was just the break I needed from the realities of the pandemic. The amazing illustrations are a bonus. My next step: the other books in this trilogy.”

“This superbly dark tale of ecological and political collapse is set in New York 120 years from the present. What I enjoyed the most was the believable sense of inevitability that shadows the descriptions of terrifying climate catastrophe as well as the uncanny texture of everything and nothing having changed at all. The narrative follows the somewhat weirdly normal bustle of seven characters in Manhattan, where everything below 30th Street has been submerged by the
rising tide.”

VAUGHN A. BOOKER ’07 (Religion/African and African American Studies)
Parable of the Sower and Parable of the Talents by Octavia Butler

COLLEEN BOGGS (English/Humanities)
The Weight of Ink by Rachel Kadish

“During the pandemic I have especially enjoyed books that are large in ambition and long in page count. Returning again and again to the same novel makes time feel less fragmented and gives my days a sense of narrative cohesion. This novel set in London interweaves two suspenseful plots, one set in the 17th century and the other in the early years of the new millennium. Each revolves around a strong female character whose love of learning is central to the challenges she faces. The novel speaks to our troubled times in its depictions of the plague.”

“Millard follows Teddy Roosevelt’s ridiculous journey down an uncharted tributary of the Amazon River in 1914—ridiculous because of the unbounded arrogance, poor planning, and willful nescience that inspired the trip and nearly killed Roosevelt, his son, Kermit, and their crew several times. Her portrayal of men walking willfully into a completely unnecessary danger revealed to me an aspect of masculinity that I’ve long struggled to understand. She also describes the flora and fauna of the Amazon in splendid detail.”

“In the early days of the pandemic I worked my way once more through pretty much all of Thirkell’s 1930s novels. The characters—set in the same villages as Anthony Trollope’s a generation or two before—work through the trials and tribulations before, during, and after WW II. I found it very reassuring: People have been troubled before and have buckled down and gotten through it.”

“This refreshing and lucid history of Ghana’s post-independence ambitions to achieve nuclear power and nuclear equity traces the careers and aspirations of the key scientists at the helm of the country’s nuclear enterprise. In this exceptionally rich study, the author also brings in the experiences and deep inequities that shaped the livelihoods and claims of everyday people and communities at the peripheries of those nuclear ambitions.”

DANA WILLIAMS  (Mathematics)
The Fall of Japan: The Final Weeks of World War II in the Pacific by William Craig

“This eye-opening history details how uncertain the Japanese surrender was, even after the emperor accepted the Allied terms, and the horrific grip that the military had on the populace of Japan. If the surrender had not held, Americans’ loss of life would have been tragic and the Japanese people would have suffered unimaginably worse. It is sad to read how a great country can devolve into tragedy when led by a corrupt government.”

MATTHEW AYRES (Biological Sciences)
e: The Story of a Number by Eli Maor

“This book provides wonderful historical context to appreciate the brilliance of Jacob Bernoulli, who first derived e, in 1683, and Leonhard Euler, who proved its power and gave it its memorable name. By virtue of knowing e, we can age the tooth of a woolly mammoth, understand how caterpillars can grow so rapidly, project the future value of investments, and model infections from a contagious disease. If that is not enough to leave you in awe, consider that e also gives us spirals.”

“I thought I knew the story through photographs, but in this absolutely brilliant graphic novel Backderf goes to the trouble of documenting personal lives and the stories that run through that fateful day on May 4, 1970. There are lessons to be learned here: Using force to put down discord can only result in tragedy. He can show you more about what someone is thinking in two panels of his drawings than some can in 10 pages of prose.”

“This was the most representative book I read during the lockdown. I also loved Ferrante’s My Brilliant Friend series, with its nuanced descriptions of Italy and female friendships. I have not been able to travel back home and see my family and friends for almost a year now. Reading this book was my way back home.”

FAITH BEASLEY  (French)
The Lady and the Unicorn by Tracy Chevalier

“I turned again to the author of Girl with a Pearl Earring and read the rest of her well-researched historical novels, notably Falling Angels, Burning Bright, and particularly The Lady and the Unicorn. Chevalier’s compelling and beautiful writing draws you completely into the stories. I live with her characters long after I’ve finished the book. These novels were a great way to escape from reality.”

EZZEDINE FISHERE (Middle Eastern Studies)
The Sleepwalkers: How Europe Went to War in 1914 by Christopher Clark

“This analysis of the changing foreign policies of European powers during the weeks leading up to the First World War shows how historical events as big and devastating as WW I could result from large structural changes but also how small but incremental decisions, including by individuals with no formal authority, can play crucial roles in shaping events. It is one of those books you resolve to read but never do. The silver lining of Covid-19: One gets to read the books that have been lying in wait.”

“The author plays on the double meaning of the Spanish word colera, which refers both to the disease cholera and also to the extreme anger or rage associated with the plague of love. He puts us in contact with the need for love in the time of cholera and how waiting affects character.”

“In his eye-opening account of the former president’s history of racism, Lucks argues that Reagan’s sunny demeanor and aw-shucks denials masked a long pattern of racist policies and statements. The most recent one to come to light was his phone conversation recorded by Richard Nixon in 1971, when Reagan complained about ‘those monkeys from those African countries—damn them, they’re still uncomfortable wearing shoes.’ ”

“Upon learning that a dear friend was dying, the filmmaker decided to walk to Paris to see her, persuading himself that the long walk would delay her demise. His strange little record of the walk is as odd and mournful and lovely as its premise. I think of it often when I feel overwhelmed by the facts of so many lonesome deaths right now. I try to imagine all the loveliness that we mourn.”