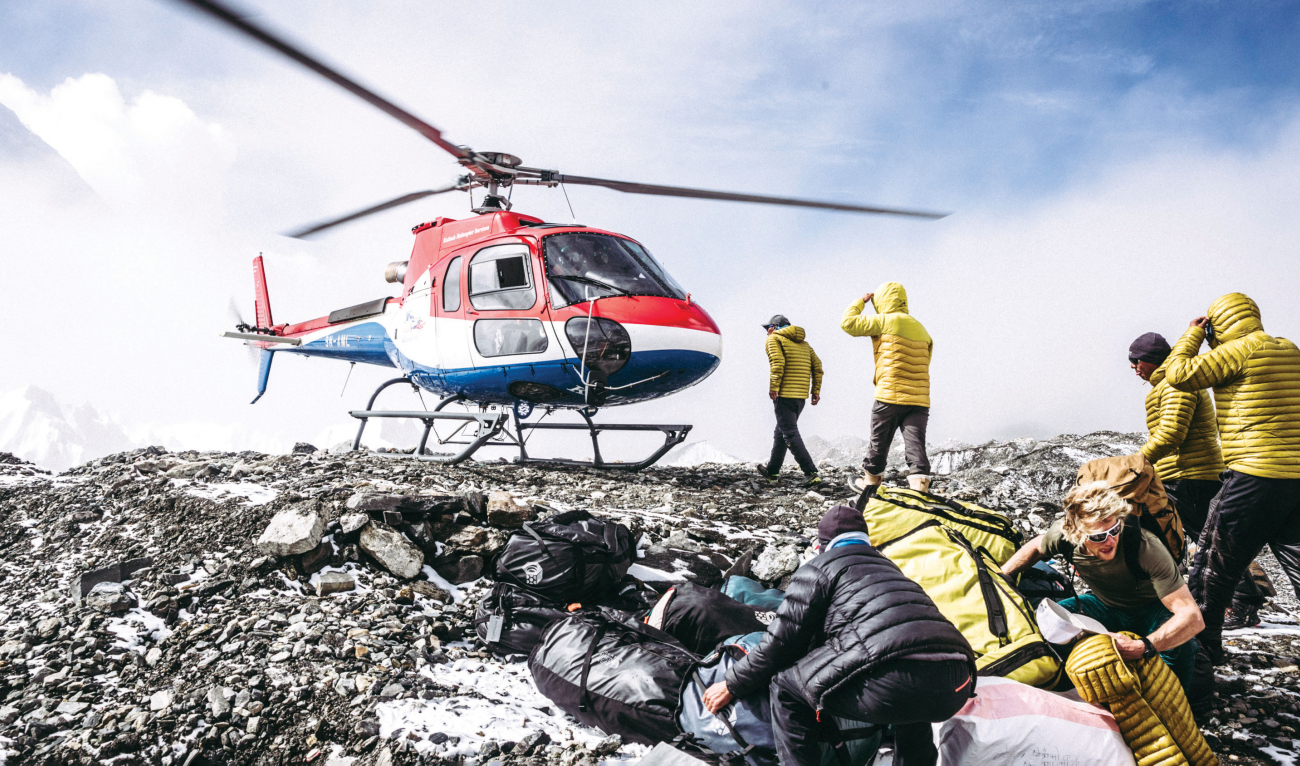 On January 12, 2010, Melissa Roth ’00 and her soon-to-be husband, Dan Richards, Tu’03, were looking forward to several days of skiing in Vermont. A rash of frantic phone calls upended their plans. A magnitude 7.0 earthquake had struck Haiti and stranded a group of Lutheran missionaries from Pennsylvania in their destroyed compound.

Richards, the founder and CEO of an ambitious startup called Global Rescue, immediately went into full rescue mode with his staff to reach the group. “Our people were among the first to arrive in Haiti after the quake,” he says. They located and evacuated the missionaries, who were unhurt, then turned to assist other survivors who were card-carrying members of Richards’ unique service.

“Dan and I spent 48 hours straight in the Global Rescue office in Boston,” recalls Roth, then a corporate attorney. “It was an incredible, eye-opening experience,” she says, as the firm deployed roughly 30 employees to Haiti, including former Navy Seals and medical personnel, for a month. The former All-Ivy soccer star and government major had been contemplating a career change—something more exciting, such as working for the FBI. Global Rescue had no formal legal or human resources department at the time, but within three months she would fix that deficiency. Before starting her new job, though, she wanted some free time. Richards, by this point her fiancé, nixed the idea. “I didn’t get a single day off,” she recalls. Today she’s the firm’s vice president and general counsel.

The field operation in Haiti presented a complex challenge for the young company Richards had founded in 2004. It also served as a stress test for the couple’s relationship, confirming that they could work well together under pressure. They were married that spring and now have two children. “He’s the CEO and I provide different functions and perspectives,” she says. “I am comfortable reporting to him and taking direction from him, and he is comfortable taking advice from me.”

Richards, a 1995 Middlebury College alum, worked on Wall Street before he attended Tuck. After the 9/11 terrorist attacks shook the travel industry, he wondered how companies might address the new, insecure reality. “There wasn’t really anyone doing what Global Rescue does today,” he says. “There were insurance companies or concierge travel firms that were good at logistics or protecting your wallet—but not at protecting your life.”

Global Rescue has grown to provide emergency services to people fanned across the world—in the jungles of Papua New Guinea, at the top of Himalayan peaks, and deep in the wilderness of Wyoming’s Wind River Range. Richards estimates that the firm’s corporate, government, and individual clientele encompasses close to a million people. It includes NASA and National Geographic, the Ladies Professional Golf Association and the U.S. Ski and Snowboard team, the U.S. Postal Service, and even entire countries, such as Jamaica, which tasked Global Rescue with devising crisis- and care-management plans for its ailing tourist industry. If visitors to the island get in a jam or emergency, Global Rescue is a phone call away.

In an average year, Global Rescue coordinates about 50 evacuations from Mount Everest alone. Hollywood calls, too. For example, the company had staff on location in the Canadian Rockies for the 2014 filming of The Revenant to keep Leonardo DiCaprio and the crew safe.

In an average year, Global Rescue coordinates about 50 evacuations from Mount Everest alone.

In recent months a contractor for Global Rescue has coordinated evacuations of travelers from war-torn Ukraine, and the company has worked remotely to help get people out of Russia. Global Rescue had no staff on the ground when Afghanistan imploded last August but deployed its expertise in strategizing how to get clients fleeing the country past the Taliban to the airport. One in five of the company’s 250 employees are veterans, including former Army Rangers and Green Berets who served in Afghanistan. Global Rescue’s staff also includes former intelligence agency analysts.

During large humanitarian crises, calls pour in from clients in need of emergency or medical assistance—and from people who have not paid Global Rescue’s basic annual $349 membership fee. (The firm also offers a security add-on that covers events such as war, natural disasters, and government evacuation orders.) “We typically help more people who are not members than who are,” says Richards of disasters such as earthquakes. In Haiti, the company helped non-members on a fee-for-service basis and assisted others in dire need pro bono. It also delivered medical and emergency supplies for free when its planes flew to Haiti for evacuations. Richards generally turns down fee-for-service requests but he defers to his field teams to make the call.

The company also declines requests for missions that could violate international law. And some places remain unreachable, such as locations above 22,000 feet and out at sea beyond the range of rotary wing aircraft. “In the open ocean,” Richards says, “we work with the world’s navies and coast guards and will even coordinate with passing ships as we did a few years ago in the Indian Ocean when we coordinated the evacuation of a burn victim to a passing freighter who we then evacuated by helicopter once he was in range of the Australian coast.”

Satyarup Siddhanta of Kolkata, India—a veteran climber who already had conquered the “Seven Summits,” the highest peak on each of the planet’s seven continents—was ascending Ama Dablam in Nepal in December 2020 and had climbed about 20,000 feet toward the 22,349-foot summit when he started to lose sensation in his fingers. As he and his Sherpa guide started back down, Siddhanta slipped and, while hanging from a safety rope, slammed into the face of the mountain. They reached a camp at about 5,000 feet, but his arm was injured, he could no longer feel his fingers, and shock was setting in.

The guide called Global Rescue, and a helicopter arrived within an hour. There was nowhere to land, so the pilot lowered a 100-foot-long rope with a harness attached and pulled the climber up. Siddhanta had just renewed his Global Rescue membership, so the $20,000 helicopter rescue didn’t cost him a rupee. “To be honest, I thought it was impossible for them to come at such short notice,” he says. “I was scared that I would die.”

David Holahan is a freelance writer. He wrote about Collin O’Mara ’01 in the March/April issue.