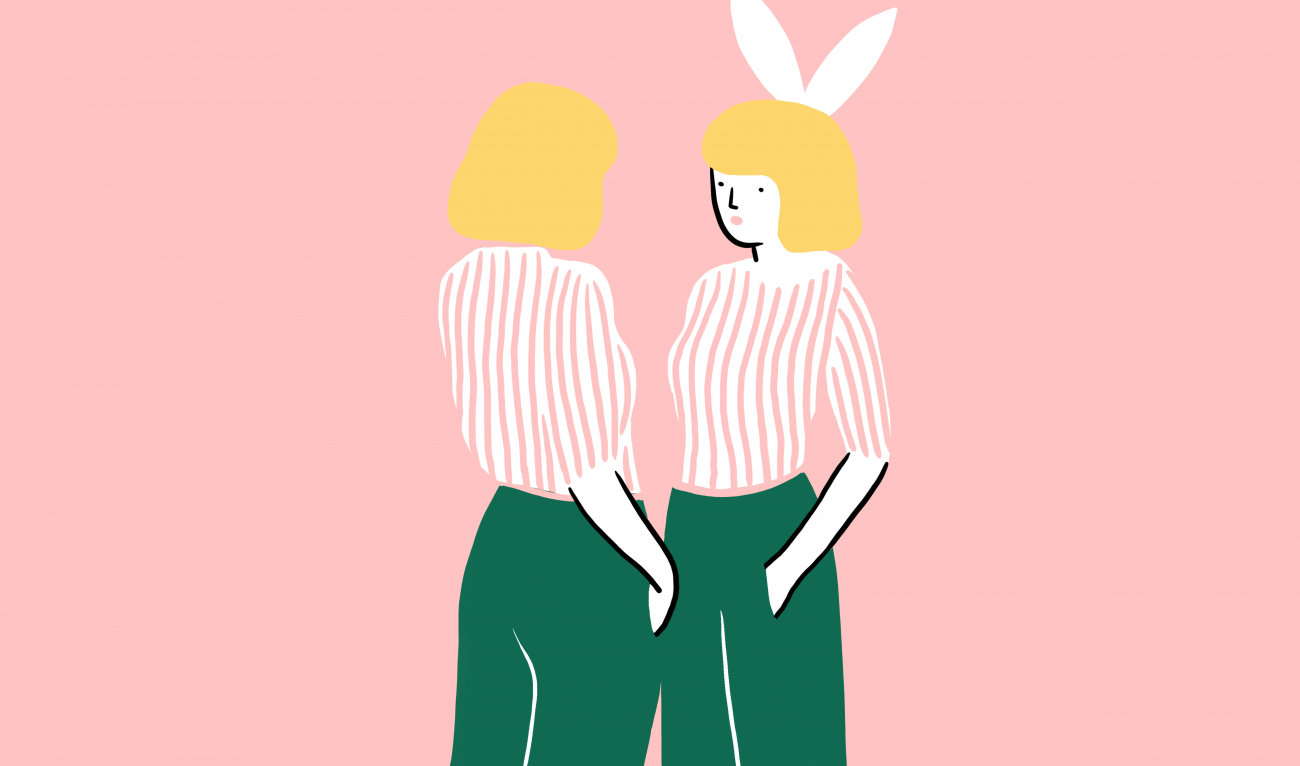 A “Girl of the Ivy League” reflects on her decision to pose for Playboy.
Sharon Lee Cowan ’78 | March-April 2020

When an awkward episode from your youth becomes a topic of research at Yale, you know you must be getting old.

A Yale student tracked me down a few weeks back. For her senior thesis as an American studies major, she was researching the “Girls of the Ivy League” feature published by Playboy magazine in 1979, 1986, and 1995 and the resulting stir on college campuses—and across the country.

On a WhatsApp call, the senior interviewed me for about an hour. Her questions, boiled down to their essence: Why did you do it? What was it like? How do you feel about it today? I’ve had 40 years to think about it, so it wasn’t hard to find words.

It was my boyfriend at the time who first heard Playboy was coming to Hanover in 1978 to find models for its first “Ivy League” issue. He suggested I audition, and I thought it sounded like fun. There was the not insignificant lure of $400 (roughly equivalent to $1,500 today) offered to those selected to pose. I was making my way through Dartmouth in fits and starts on a mix of loans, grants, and part-time jobs, so the money was a factor.

But not the only one. As a high school student, I had studied Playboy quite closely —the photos, the graphic design, and, yes, the articles—in the home of a neighborhood family where I babysat. Everything about the magazine struck me as cutting edge and even mildly intellectual. The opportunity to appear in it intrigued me. In today’s language, you would say I liked the idea of being associated with the Playboy brand.

For the photo shoot we used the home of an assistant professor on the outskirts of Hanover, vacated for the occasion. It was an eight-hour experience, starting with two hours for a stylist to get me ready. When she finished with my hair and makeup, I glanced in the bathroom mirror and did not recognize myself.

The Playboy team had decided I would wear a pair of long green stockings to symbolize Dartmouth, so I put those on. Then it was time to take off my bathrobe and let the shooting begin. It was weird being naked and at the same time trying to act carefree and casual in front of two photographers, a stylist, a couple of technician assistants, and my boyfriend. Eventually, I asked the boyfriend to leave, and then I relaxed. It was a commercial project, after all, and we were all there to get the job done.

When the issue hit the newsstands several months later, I faced different reactions from different quarters. In my hometown of Middleboro, Massachusetts, my father was embarrassed, while my mother claimed to be proud. My four younger siblings, I believe, viewed it as just another harebrained caper by a sister who had already abandoned her working-class roots and values by matriculating at Dartmouth.

On campus, I recall some snickering behind my back from male students. My professors were either oblivious or had decided—correctly—to ignore the “scandal.” Very likely, most people at Dartmouth never put two and two together, since as a student attending classes I looked nothing like that confected creature on the pages of Playboy.

The strongest and least expected response came in the form of letters from strangers. I mean, bags of handwritten notes that poured in for weeks. Men and boys sent their compliments and wished they could meet me. I received at least one marriage proposal. What struck me about the letters, aside from their sheer volume, was how respectful they were.

Negative reaction from Dartmouth women had peaked with Playboy’s preliminary scouting visit to Hanover. The magazine had taken a suite at the Hanover Inn where candidates were interviewed by appointment across several days. To get in, I had to cross a small picket line of students carrying placards and shouting at me.

Dartmouth women who protested the Playboy project were way ahead of me in the evolution of their thinking about women and our position in society. I caught up with them in subsequent years, but in 1979 I was still quite immature. I’d had little exposure to feminism and did not grasp the concept of objectification.

For me, the decision to pose was an expression of personal freedom and autonomy over my own body—in line with sexual revolution “values.” Looking back, I see that I placed way too much importance on male attention and mistook notoriety for real achievement.

Nor did it cross my mind that my actions might undermine respect for women at the College—still a somewhat shaky phenomenon in those years.

As for my closest Dartmouth friends—relationships I formed in the Russian department and on my language study abroad in Leningrad—I think they chalked up the whole affair as one of those crazy things we do along the way to adulthood, hardly worth discussing.

Pre-internet, there was no convenient way to monitor media reaction, but my mother sent me a few clippings, including a Boston Globe op-ed that gave me pause. Among other things, the columnist said I had effectively eliminated any chance of running for public office. I scoffed and told my mom I wasn’t interested in politics.

After Dartmouth, I was executive editor with a company that published weekly newspapers on Cape Cod, Massachusetts. I thought the whole Playboy thing had been forgotten, but one day I learned that the sports editor had a copy of the issue and was showing it to other guys in the newsroom. I feared it would undercut my authority, but soon everybody got back to work and I heard no more about it.

In the mid-1980s I moved to Europe, and to my amazement the issue surfaced yet again, this time in the hands of a Mexican colleague in the United Nations agency where I worked. By then I had come to appreciate and embrace feminism and viewed my Playboy adventure as not just a youthful caper but as truly stupid. Fortunately, my Mexican friend refrained from outing me to the UN, which takes a dim view of anything even slightly wild.

The problem is this: The human body is arguably at its most luscious and marketable when the brain is not yet fully developed. Neuroscience tells us that cognitive development continues until 25 or even 30 years of age—especially in areas of the brain directing emotional maturity, self-image, and judgment.

What really makes me cringe about Playboy’s Ivy League issues is that they featured young women who were working hard to achieve an academic and professional equality that had eluded previous generations, despite heroic efforts. Without wishing to exaggerate the impact, I would say that those three Playboy issues did a certain amount of damage to the cause.

Securing equal rights and achieving a healthy coexistence of sexuality with all the other areas of life is a long game—for society and for individual women and men. It’s complicated, as we are learning from the most honest conversations sparked by the #MeToo movement.

To this day, I have not told my teenage daughter that I posed for Playboy. Let’s just say I’m waiting for the right moment, the teachable moment.

Sharon Lee Cowan retired last year as the UN Food and Agriculture Organization’s head of communication for Europe and Central Asia. She and her husband and daughter live in Italy. Cowan serves on the board of the Dickey Center.