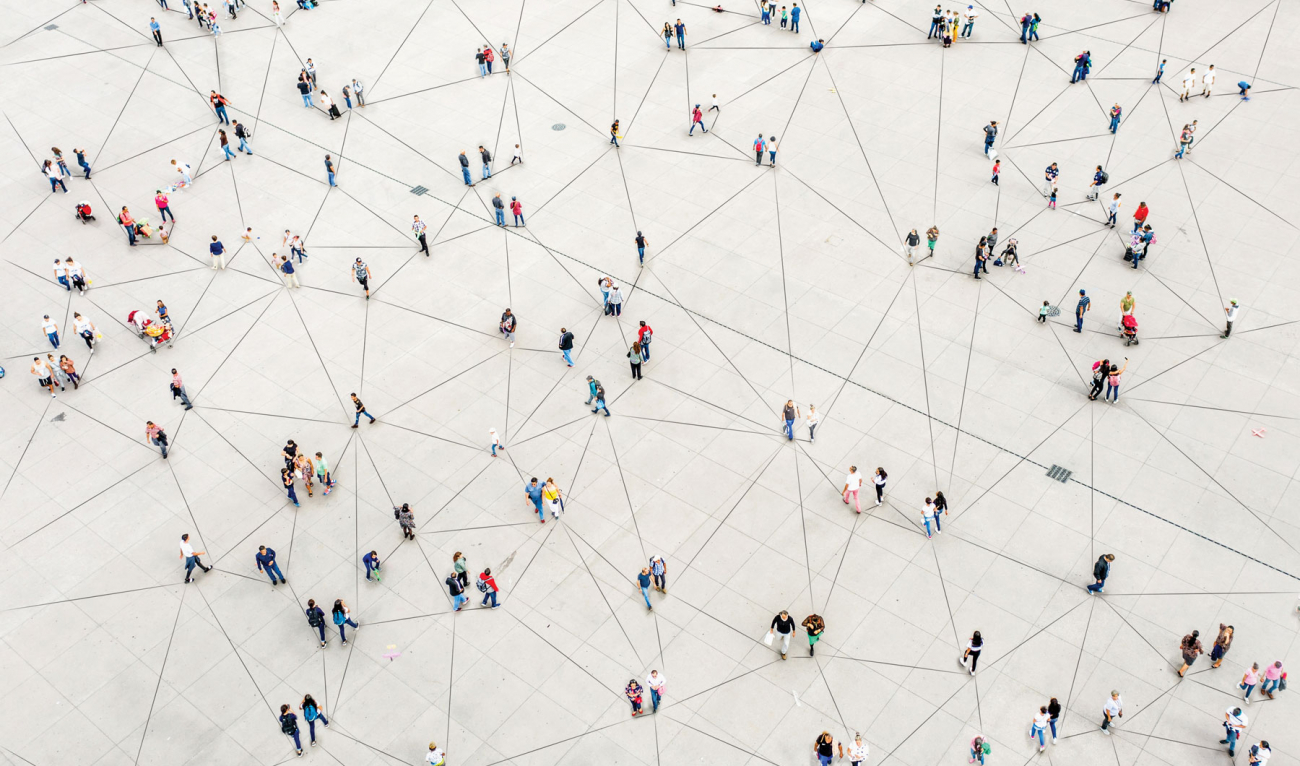 Emily Wroe caught one of the last flights out of Johannesburg, South Africa, on March 19, just as the coronavirus was tightening its grip on the United States. She had to choose where to be during the pandemic. It was a tough decision, but the Harvard-educated doctor and public health professional wanted to see if her experience in developing nations might be useful in her own country.

Within 36 hours Wroe was tapped to help lead the ambitious contact-tracing effort underway in Massachusetts. It’s the first time she has worked outside Africa in six years, and people assume it must be strange and different.

“Ooh no, this is the same. This is really complicated work,” Wroe tells DAM in April from her aunt and uncle’s home outside Boston, where she is staying. “Global health is global, including in America right now. We’re the center of the pandemic.”

The new $44-million Massachusetts COVID-19 Community Tracing Collaborative, an initiative run by multiple state government agencies alongside global nonprofit Partners in Health (PIH), aims to help identify people who have been exposed to the virus before they spread it further. As the director of implementation and design for PIH in Massachusetts, Wroe is responsible for hiring, training, and supervising a new army of contact tracers across the state.

“This is not a new, fashionable, trendy thing,” says Wroe, who has done contact tracing in Africa for tuberculosis and HIV. “We actually know what to do about Covid-19. Normally all this would be done over a six- to 12-month period, but we just had to start. We are madly trying to keep up with the need.”

Here’s how it works. Lab results are transmitted via a secure database, and a contact tracer interviews the patient to discuss every place where that person was in the 48 hours before symptoms appeared. The contact tracer tries to find out if the patient can safely and effectively isolate at home and whether food or medicine is needed. Then all the contacts must be notified that they’ve been exposed and can access testing and any other services they might need. Contacts are not told who potentially exposed them, only that they may have come within 6 feet of someone who has tested positive.

In late April, before the collaborative was even up to full strength, says Wroe, contact tracers already had encountered the full range of anticipated challenges: domestic violence, mental health crises, and housing insecurity. “We get a lot of people saying things like, ‘I have to go to work to get my check so I can pay my rent’ or ‘My boss doesn’t understand that I need to quarantine,’ ” Wroe says. That’s when resource coordinators, many of them social workers or nurses, step in. They send letters from the state department of public health to employers or landlords or call if they have permission from the patient. And if the patient can’t isolate at home safely, hotel rooms and dorm rooms are available.

“The reason other places can’t do this is, frankly, they don’t have someone like Emily, who has worked in more difficult settings and isn’t going to get intimidated,” says Jim Yong Kim, who is credited with convincing Massachusetts Gov. Charlie Baker that contact tracing must be part of the war against the virus. “She’s trying to do something that has never been done at this scale in the United States.”

Kim, a former president of Dartmouth and cofounder of PIH, believes Wroe is up to the task, particularly because of her success improving healthcare in Malawi, one of the poorest countries in Africa.

“Emily really pushed the ball forward in Malawi,” says Kim, a physician who also has served as president of the World Bank Group. “The most common thing people say about work in these poor, developing countries is the three most important things you have to have to succeed are patience, patience, and patience, but that’s not actually true. You need patience, high aspirations that actually match those of the people you serve, and determination." 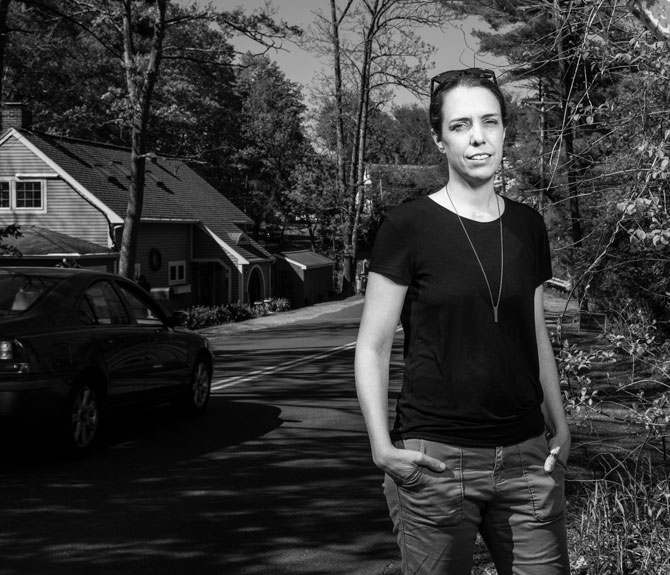 When the program was announced on April 3, Massachusetts, with a population just under 7 million, had about 15,000 Covid-19 cases. By early June the number had surpassed 101,000, but the number of new cases per day was dropping dramatically, from a peak of 3,008 on April 17 to 896 on May 26, according to the official state tally.

By late May the collaborative was completing phone interviews for 60 to 70 percent of people identified as having the virus and their reported contacts, says Wroe. The other 30 to 40 percent are a mix of hospitalized patients, some high-risk cases who are referred to a local board of health, and some people the contact tracers just can’t track down—at least not yet. Few people decline to be interviewed when they are reached, Wroe says.

“For both cases and contacts, we’re getting people really grateful for us calling,” she says. “I think, honestly, people are scared.”

The program is working closely with local boards of health based in cities and towns. She heard about one local agent who went to someone’s house with a homemade sign in an effort to reach out. That was David Ouellette, the health agent in Dracut, who has used a sign with his name and number about 30 times now. The data coming over from the state is good but not perfect, he says, so sometimes a wrong phone number means a drive. Often the person will be at home but doesn’t want to come to the door, so he or she will call the number and talk to Ouellette on his cell phone as he sits in his car.

“At first I was nervous doing it because I thought people would be upset,” he says. “Instead, the response was terrific.”

The goal of the program is ambitious: to reach all cases and all contacts in Massachusetts in a timely manner, says Wroe.

To be effective, she says, contact tracing has to be done in concert with robust testing and all the social services that make it possible for people, especially those in vulnerable communities, to quarantine or isolate safely. A comprehensive program is the key, she adds, to “strong public health systems that hold the pandemic at bay and keep it from ruling our lives.” Success would be not flattening the curve, but watching it slide downward so people can reopen businesses and go back to school.

The program received more than 35,000 applications for 1,200 paid contact-tracer positions, says Wroe, who estimates they make 7,000 to 9,000 calls daily, including to patients who have tested positive and people exposed to the virus. Because of social distancing, those who test positive are reporting fewer than five contacts each, on average, says Wroe. Without social distancing, that would be expected to go up.

Wroe grew up in Coeur d’Alene, Idaho, majored in environmental studies, and got her first look at the continent that would become her home via a study abroad program in South Africa her junior year. After Dartmouth she earned degrees from Harvard in 2010 and 2015 and started with PIH while she was still a student. She is also an associate physician at Brigham & Women’s Hospital and an instructor in medicine at Harvard Medical School.

Wroe has worked on health programs in multiple countries, including Rwanda and Tanzania. But it’s the rural district of Neno in Malawi that she has called home for most of her career. “I think I landed in global health because it’s this intersection of human social justice and the science piece,” says Wroe. “I think I’m very fortunate to have landed on a career where I deeply believe in what we’re trying to do when I go to work every day.”

As chief medical officer for PIH, Wroe managed to significantly expand care for Malawians with noncommunicable diseases (NCDs) such as diabetes. At the time, says Beth Dunbar, who became friends with Wroe when they worked together in Malawi, most public health dollars were going toward HIV. Dunbar says Wroe devised a way to piggyback onto the existing infrastructure to expand care beyond HIV. Wroe added training and medications to the pop-up clinic model used for HIV care, which made it possible to reach more people with NCDs close to their homes. Since then, Wroe joined PIH’s global NCD team with the hope that care for chronic conditions can be expanded in several countries where PIH has programs.

When Dunbar thinks of Wroe in Malawi, she is barreling up a mountain in a four-wheel-drive Land Cruiser along makeshift roads. Wroe often stopped to offer a ride to a grandmother or family traveling the road, Dunbar says. Many times they would be “almost home” when they came upon an impassable river or other danger, forcing them to turn around and find a new way. “It’s these moments when Emily shines—turning up the music, finding humor and laughs to overcome the frustration, badmouthing the ‘driveway,’ and making the most of the trip.”

Wroe is adept at building relationships, Dunbar says. In orientation training for the many volunteers and staff rotating through Malawi, Wroe told newcomers they should know the names of their colleagues’ children before proposing a new idea or project. Tongue-in-cheek advice, Dunbar adds, but the message was real.

As contact tracing becomes more common, debate continues on the best way to do it. Google and Apple famously announced a partnership on April 10 to offer what they call an “exposure notification solution”—tracking people using their phones, with protections for privacy, and alerting them about potential exposure. They aren’t looking to replace manual contact tracing but hope technology can address some of the challenges—not the least of which are people’s memories about where they were and who they were with in the days before they became symptomatic.

“It’s a no-brainer that we should use technology,” says Ramesh Raskar, an associate professor at MIT Media Lab and the founder of COVID SafePaths, which is developing free, open-source tools to protect privacy and allow technology to help with contact tracing. He notes that technology is not a replacement for manual contact tracing. “What they are doing in Massachusetts is great, but we can amplify and simplify it.”

Technology has a definite role to play, but in Massachusetts the decision was to move forward first on the manual contact tracing, Wroe says. “Humans plus technology are better and more efficient together. We say that over and over.”

Wroe is optimistic about what’s next. The pandemic will change the landscape of global health, she predicts, which means opportunities. It’s a chance to reframe how society thinks about healthcare, and Wroe says she hopes that will lead to a stronger, more equitable global health system.

“The world is going to look really, really different on the other side of Covid-19,” she says. “I don’t know the specifics, but I’m excited to be part of it.”