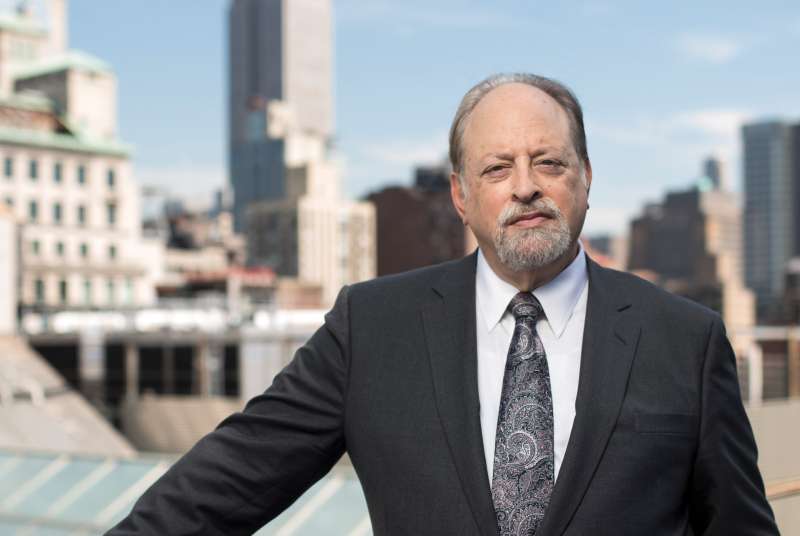 Photo by Karsten Moran
Voices in the Wilderness

As president of Baruch, Wallerstein helps thousands of low-income students reach for a higher education every year. In his view, the college offers much more than a diploma: It’s often the gateway to a better future. “There was one young man who became homeless in his freshman year,” Wallerstein recalls. “He took advantage of programs at Baruch and managed to graduate with honors and went on to a fantastic job in the financial industry. It just completely changed his life.”

Giving the underserved a leg up was the main reason Wallerstein was drawn to lead Baruch, the flagship school of the City University of New York, the largest urban public university system in the United States. With more than 15,000 undergraduates from 168 nations, Baruch is one of the country’s most ethnically diverse schools. Most students come from modest backgrounds—about 60 percent are from households with annual incomes of less than $40,000, and more than a third are the first in their families to attend college. “There are no students of privilege here,” he says.

Since taking his post in 2010, Wallerstein has pushed initiatives that put those young people on a path to success. With affordable tuition and a “start-to-finish” philosophy that includes tutoring, mentoring, career development and a range of financial aid assistance, Baruch has gained national recognition as a social mobility innovator—earning top rankings from U.S. News & World Report, Money and Forbes. The school has a six-year graduation rate of 70 percent, and new grads average starting salaries of more than $50,000—which is frequently more than their entire family makes in a year—often at big-name firms. For instance, Wallerstein is proud to say that Baruch is the No. 1 feeder school to Morgan Stanley and No. 4 to J.P. Morgan Chase. “This is an incredible change from 10 or 20 years ago, when students from a public school like Baruch might be lucky to get what we’d call a ‘back-of-the-house’ job at one of these companies,” he says. “Today they’re getting front-line jobs that lead to high-level opportunities.” Wallerstein’s impact has gone beyond academics. He’s spearheaded efforts to convert a city block into a public plaza and developed a plan to turn part of unused space in a nearby post office into a student center. “Quality-of-life issues are important,” he says. “The students really want a sense of community, even though they’re mainly commuters.”

A New Jersey native, Wallerstein came to Dartmouth as a football player interested in premed. But the Vietnam War sparked an interest in politics, prompting him to get a degree in government instead. He then earned an M.P.A. from Syracuse University, followed by a M.S. and Ph.D. from MIT. After a decade working at the National Research Council in Washington, D.C., where he directed acclaimed studies on science, technology and national security, Wallerstein was appointed U.S. deputy assistant secretary of defense for counterproliferation policy. “I was the point person on nuclear, biological and chemical weapons,” he says.

During his time in Washington he also taught at Georgetown University, George Washington University and Johns Hopkins University, and later became dean of Syracuse’s Maxwell School of Citizenship and Public Affairs. Now, at Baruch, he’s continually impressed by how hard its students strive to get ahead. “They have to scrap for everything, but they have this tremendous desire to succeed,” says Wallerstein. “And they do succeed in incredible ways.”