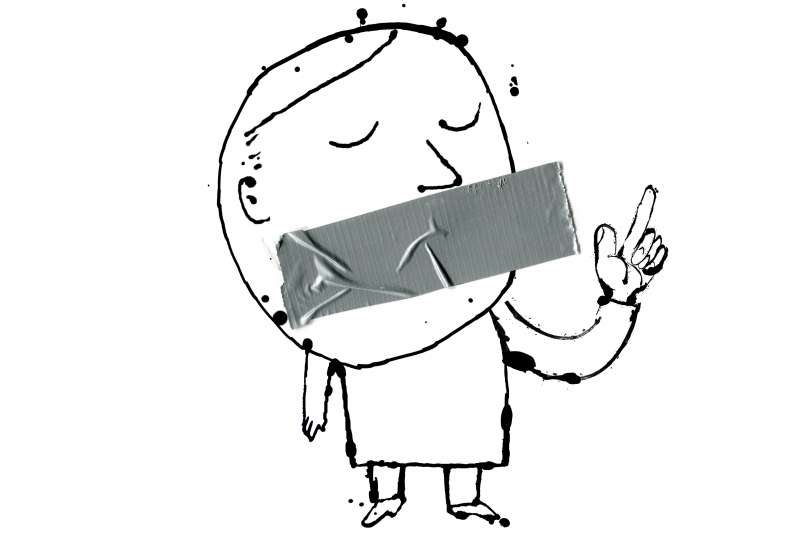 In the wake of the controversy over the appointment of Bruce Duthu ’80 as dean of faculty, a Native American alumna worries about the fate of indigenous activism in academia.
JACQUELINE KEELER ’91 | May - Jun 2017

The Native American community of Dartmouth cheered the appointment of Bruce Duthu longtime mentor of Native American students, as dean of faculty in March. The College on the Hill was founded, according to the charter issued by King George III in 1769, “for the education and instruction of youth of the Indian tribes in this land…and also of English youth and any others.” It had focused on educating the latter until 1970, when Dartmouth President John Kemeny, who was Jewish and whose family fled Hungary after the institution of anti-Semitic laws, re-dedicated the College to its original purpose and Native American students once again returned in significant numbers to the Hanover Plain.

So it was with some shock we heard accusations of anti-Semitism leveled at Duthu and, by extension, 170 leading Native American scholars who had also signed a petition urging their organization, the Native American and Indigenous Studies Association (NAISA), to support the Boycott, Divestment, Sanctions (BDS) movement, which supports using economic means to compel Israel to end human rights violations against the Palestinian people. Duthu’s role as treasurer of NAISA at the time of the association’s 2013 statement supporting BDS was equated with full-blown anti-Semitism. To many in the Dartmouth community, the idea that top Native American scholars were anti-Semites and possessed, as defined in the Merriam Webster dictionary, “a hostile, prejudiced attitude toward Jews” seemed credible, and eliminating these Native American scholars from leadership positions in U.S. universities and colleges for the rest of their professional careers a suitable remedy.

In response to these claims, Duthu declined the dean of faculty appointment, citing concern that contention over his appointment “has the great potential to be damaging to the College in the long term.”

Far from being an isolated incident, Duthu’s action must be viewed in the context of the broad support given to the BDS movement by academics across the country. BDS support is not limited to the other 11 NAISA council members who signed the statement. The venerable American Studies Association, “the oldest and largest association devoted to American studies” and publishers of American Quarterly, also passed a resolution supporting BDS. Another marginalized ethnic group, the National Association of Chicana and Chicano Studies, gave unanimous support to a resolution in favor of a boycott of Israeli academic institutions. Are their members now all ineligible for career advancement?

The numbers are astounding, and the impact of such a standard on the future of scholarship in this country (and who has a right to participate in it) is immense. In addition to these academics, 52 percent of the United Auto Workers Local 2865, which represents 15,000 student workers at the University of California, pledged to carry out the academic boycott of Israel. Of course, if reprisal for supporting the BDS movement for Palestinian rights is not equally applied, this punishment then in practice is applicable only to Duthu, a scholar of a small and often overlooked minority group.

A quick look at the stated goals of BDS—to end Israeli occupation of the West Bank and Gaza and give full equality to Palestinians living in Israel and the right of return to Palestinian families—shows support for a corrective course for governmental mistreatment of the Palestinian people. These rights are fundamental and guaranteed by international law. Yet those demanding Duthu’s resignation apply a false conflation of anti-Semitism with measures meant to hold the Israeli government accountable for its policies.

In 2014 the United Nations International Court of Justice issued an advisory opinion finding that Israel’s West Bank barrier wall violated international law. The call for a BDS movement arose from Palestinians after the United States vetoed a United Nations resolution condemning the 400-mile-long wall. It has divided and isolated Palestinian communities from water sources and olive tree groves. One town is entirely encircled by fencing. The barrier has amounted to a de facto land grab for Israel because 85 percent of it is on Palestinian land, allowing Israel to take control of an area the size of Chicago. All the while, Israeli settlements in the West Bank continue to grow.

Native Americans at Dartmouth must ask how many more Native American studies scholars will be asked to step away from leadership positions at a college founded to serve us.

The reason cited by the BDS movement for an academic boycott of Israeli universities is their “key role in planning, implementing and justifying Israel’s occupation and apartheid policies” and their “uniquely close relationship with the Israeli military.” Tel Aviv University, for example, develops weapon systems, and the Institute of National Security Studies affiliated with the university published the “Dahiya doctrine,” which dictates the use of disproportionate force and is credited for alleged Israeli war crimes against Palestinian civilians in Gaza.

This mischaracterization of Duthu—who mentored me when I was an undergraduate—because of his leadership position at NAISA is not only misguided but also ignores the terrible racism his family faced as members of the historic Houma tribe in Louisiana, a centuries-old mixed-race community in the Deep South. Duthu recounts in his book American Indians and the Law that “segregation by race was the order of the day in my community. For decades, the state operated three separate school systems—white, black and Indian….At the Indian school, we were punished for speaking French. And in the Catholic church, tribal members continued to sit in the ‘Indian section’ and received communion only after the white parishioners.”

Because of this formative experience growing up in a segregated society, he viewed the devastation caused by Hurricane Betsy in 1965 as an opportunity “to rebuild our communities without the stain of racism and discrimination.” However, the old systems were rebuilt under the “code of color” and it proved to be yet another instance “of missed opportunities and seriously misguided turns,” as with so much of our shared human history.

The United Nations recently released a report identifying Israel as running an apartheid state. Israel maintains a segregated education system, one for its Jewish citizens and one for its Palestinian citizens. Palestinians in the occupied West Bank, including East Jerusalem, and Gaza live under Israeli military rule without the right to choose the government that controls their lives, simply because they follow the “wrong” religion. Jewish settlers living illegally in the West Bank, however, are given that right.

These violations of civil rights do not match up with the original vision articulated in the Declaration of the Establishment of the State of Israel in 1948, when the country promised it “will uphold the full social and political equality of all its citizens without distinction of race, creed or sex; will guarantee full freedom of conscience, worship, education and culture; will safeguard the sanctity and inviolability of shrines and holy places of all religions; and will dedicate itself to the principles of the Charter of the United Nations.” That vision was never granted to native Palestinians, but NAISA’s support of using economic sanctions to compel Israel to ensure full equality to Palestinians aligns with these stated ideals more closely than does the Israeli government’s treatment of Palestinians. Indeed, for nearly all of Israel’s 70-year history the Palestinian people have been ruled by martial law.

Research suggests historic trauma can be embedded in an individual’s DNA and passed down from generation to generation, and the trauma experienced by Jewish families should be treated with consideration and compassion. Anti-Semitism, the cause of unimaginable suffering by the Jewish people and a horrific genocide of 6 million innocent men, women and children, has no place in any academic institution anywhere in the world. Native American people, like others stigmatized by the United States’ shameful and segregationist history, also carry intergenerational trauma, which in our case is also tragically tainted by government policies of genocide and removal from our homelands. Indeed, one of the things I never could forget as a student at Dartmouth was the absence of Native American reservations in New Hampshire. Just place names remained—like grave markers—in the languages of indigenous people disappeared by genocide, reminiscent of the ominous silence that emanates from depopulated shtetls in the Ukraine. Despite the miracle of survival, Native Americans also understand racism and prejudice can be embedded in criticism of our tribal governments and serve as a cover for the goal of termination of our nations. Recent statements by members of the Trump administration have indicated that termination of Native nations is on the table; U.S. Secretary of the Interior Ryan Zinke recently suggested that tribes should give up their status as sovereign nations and become corporations instead.

As a Native American, I empathize with both the deep wounds of intergenerational trauma and the sharp injuries caused by a state whose policies deny the most basic elements of sovereignty. Condemning destructive and discriminatory state policies in Israel that harm the Palestinian people (who have also suffered generations of collective trauma due to these policies) is no more anti-Semitic than a condemnation of racist U.S. policies is anti-white. To conflate the two, as some at Dartmouth did with Duthu, creates a new breeding ground for the very discrimination that universities such as Dartmouth purportedly seek to reverse. Conflations like these truncate meaningful discussion and derail social justice. This was seen at Standing Rock, where Dakota/Lakota people who are fighting the Dakota Access Pipeline to protect our water and lands from environmental devastation caused by corporations were profiled by federal and local law enforcement as terrorists.

Members of my husband’s family were the first Native American students to study under Dartmouth founder Eleazar Wheelock in Hanover. Their tribe, the Mohawk, later lost their land after the Revolutionary War and their reserve is now in Ontario, Canada. History is complicated and, often, unresolved. We hope that academia in general—and Dartmouth in particular—could be such a place where we can examine our respective situations in a world full of fear.

Jacqueline Keeler is a Diné/Ihanktonwan Dakota writer and author who has contributed to many publications. Her new book, The Edge of Morning: Native Voices Speak for the Bears Ears, is available from Torrey House Press. She lives in Portland, Oregon. Illustration by Miguel Davilla