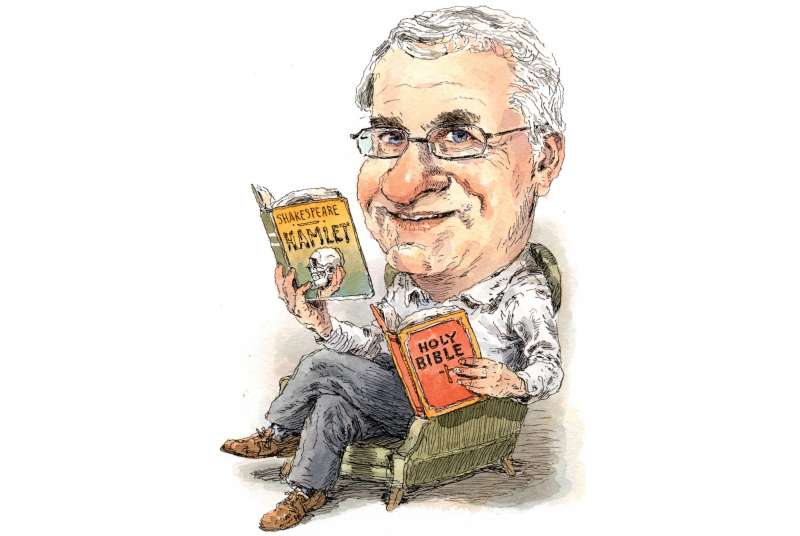 Notable: Won 1995 Pulitzer Prize for analytical reporting on U.S. politics; author of I Remember My Teacher (2002) and books about Pittsburgh and the College; trustee 1993-2003
Career: Executive editor, columnist, and VP, Pittsburgh Post-Gazette, since 2003; longtime columnist, The Globe and Mail in Toronto; previously worked for The Boston Globe, The New York Times, The Wall Street Journal, The Buffalo Evening News, and The Washington Star
Education: A.B., history
Personal: Lives with wife Cynthia Skrzycki in Pittsburgh; father of Elizabeth ’10 and Natalie; son of Richard ’47

“I don’t love the news. I love the coverage of what’s happening.”

“The term ‘fake news’ makes me crazy. I have never worked for a paper that has knowingly printed a syllable it knew to be wrong. Every newspaper has a different culture and attitude, but they all share the same zeal.”

“Journalism is the most fun, uplifting profession there is.”

“From an early age I wanted to cover presidential elections and be a political writer.”

“It’s important that people in power be held accountable.”

“I revere the Oxford comma and deplore the split infinitive. Writers at the Post-Gazette know never to use the word ‘downplay’ or to modify ‘unique.’ ”

“You can’t blame an editor for a reporter’s mistake.”

“Meeting deadlines isn’t limited to my work. I am sickeningly punctual.”

“The most positive feedback I have ever received was for a long essay I wrote about the 50th anniversary of JFK’s death. The most negative was just last winter, for killing half the comics in the Post-Gazette. I was vilified for getting rid of Rex Morgan, M.D.”

“I take any phone call and answer any email. I don’t read all the comments people post online, because some are so vicious, but I’m glad people are passionate.”

“The best advice I give aspiring journalists is to read the Bible—and all of Shakespeare.”

“The line between reporter and commentator shouldn’t be blurred. If you’re a reporter you ought not be affiliated with a political party. But instead seek to see the many sides of any issue.”

“The very few things I like about myself I owe to my time at Dartmouth: appreciation of the outdoors, scholarship, and a contemplative life.”

“With so many alums in the family, my younger daughter didn’t want anything to do with Dartmouth—so she went to Bates, which is the Dartmouth of my time. But she didn’t know, and we didn’t tell her.”

“I may have come from a Dartmouth family, but until I visited campus to attend the 1971 Yale game, I wanted to go to Princeton. My parents weren’t happy when I changed my mind, because they thought I was too bookish and boring to fit in. I’m still bookish and boring.”

“I’m an oddity in journalism as I was in a Dartmouth frat: I’ve never had a drink.”

“I don’t have any job frustrations—except, maybe, retiring next year.”

“It is satisfying that horrible people have hated me and that admirable people have liked me. I’ve had fabulous colleagues, seen a lot of the world, and mentored some of the most luminous young people in journalism.”