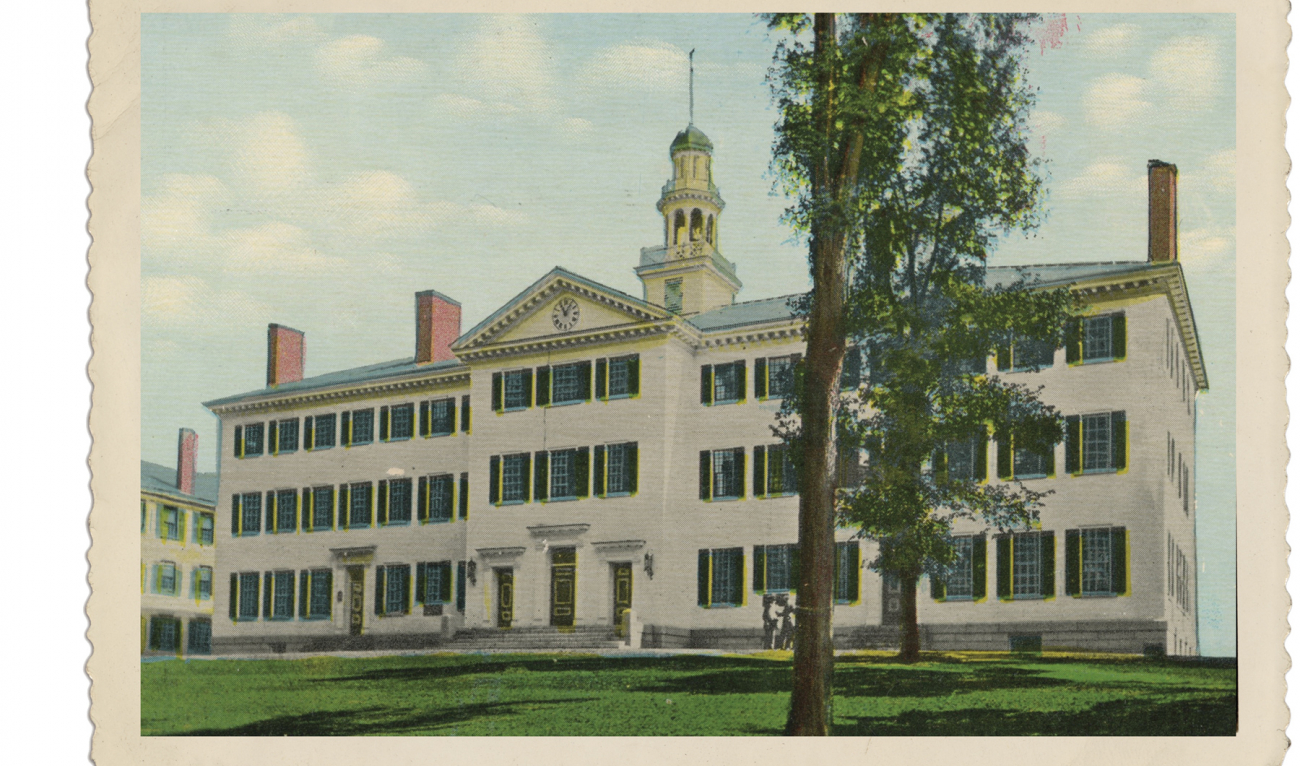 A Hall for All

A campus icon catches up to the 21st century.
Sean Plottner | July-August 2021

Students of previous eras dubbed it the “Old Barn” and “Noah’s Ark.” President Samuel Colcord Bartlett referred to it as a “menace,” and President William Jewett Tucker called it a “Tinder Box.” Dartmouth Hall, as it is more formally known, has also been praised as “one of the finest examples of collegiate architecture of the Colonial period” and “the most interesting and characteristic college building in the United States.”

In the beginning, Dartmouth Hall was the College. One building for everything. Commencement was held inside in 1787, even though construction wasn’t complete. Through the decades it housed several small libraries that accommodated a few visitors at a time, served as a 24-bed residence hall better known as “Bedbug Alley,” and featured a medical department with a dissecting room in the northwest corner. 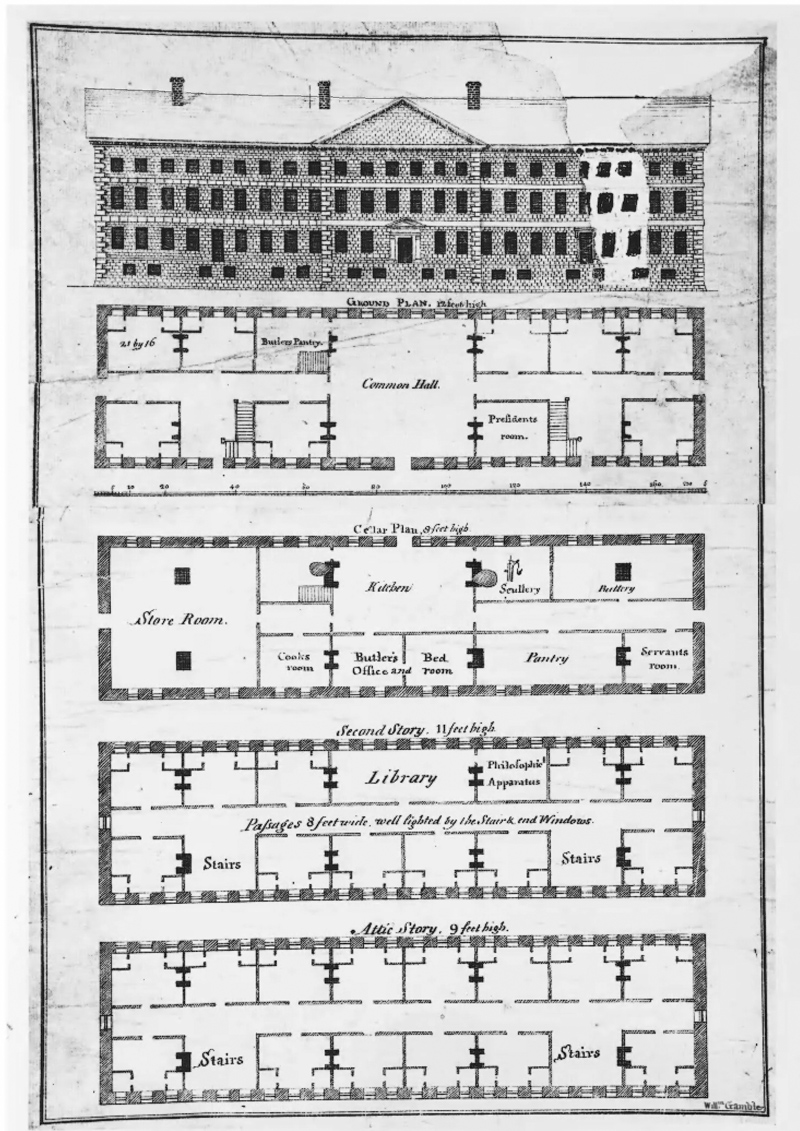 The original Dartmouth Hall (1773 floorplan, above) contained everything the young College needed and quickly became the icon of the Green.

The building suffered several fires—including a small conflagration started by a student playing with firecrackers in 1848—and burned to the ground in 1904. A tornado ripped off part of the roof in 1802. Prankster students through the years led cows and horses into its upper floors (getting the animals down was far from easy). At one point a few rowdies blew off a door by firing a cannon. In more modern times, the Rev. Martin Luther King Jr. delivered a 1962 speech in Room 105 to an overflowing audience. Today several language departments call the building home. And what class in recent memory hasn’t posed on the hall’s lawn for a photo in front of the legendary backdrop? (The class of 2024 will get its chance.) 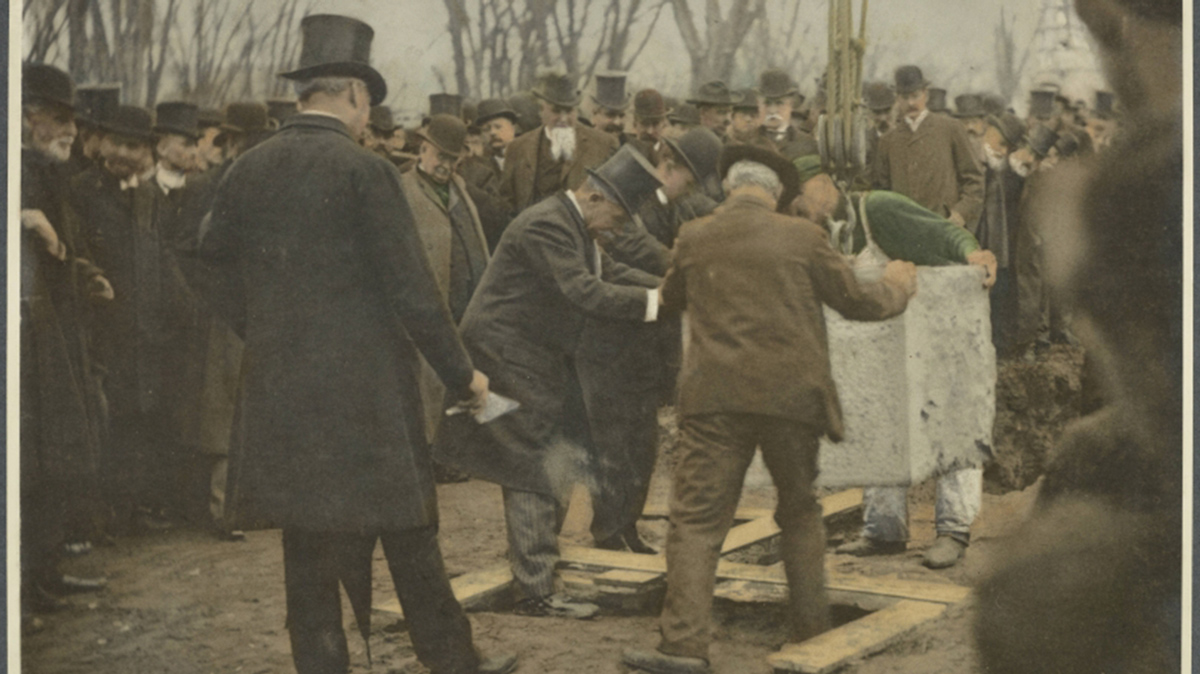 The earl of Dartmouth helped lay the cornerstone for a new hall following its destruction in 1904.

The building’s long history includes several rebirths, primarily due to the fires that aroused presidential angst. The latest renovation, which has already begun, emerges not from ashes but a capital campaign and more than a few generous women. A $42-million gutting and rebuilding of the interior will modernize the structure with luxuries and technologies that College founder Eleazar Wheelock could never have imagined—ensuring Dartmouth Hall’s status as the most enduring icon of an enduring institution.

Design For Our Time

So what if Dartmouth Hall loses some of its quirky character? The interior rebuild is long overdue, and the sacred exterior will be preserved. The inside will be opened up to “provide visual connectivity throughout the building” and offer views of the Green, according to architects from the design team at Boston-based designLAB. Other upgrades include state-of-the art classroom and office technologies, improved lighting, and better energy efficiency by replacing steam heat with hot water. Goals include full accessibility and “reactivating” the original central front doors. New tenants include a writing center and the Leslie Center for the Humanities. 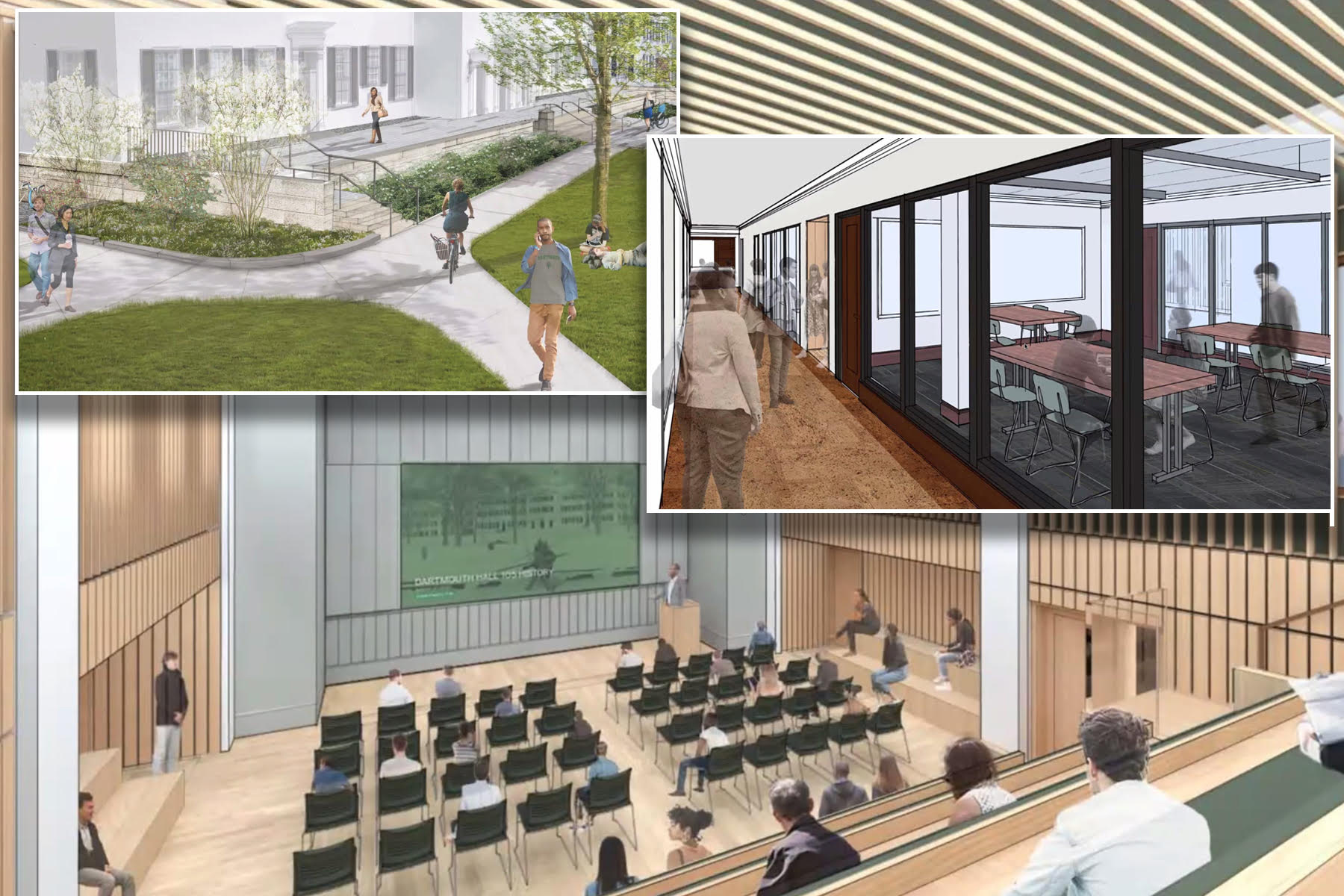 More than $25 million toward the $42-million cost comes from 2,233 alumnae who joined a three-year effort to meet their goal—the largest College fundraising campaign led by alumnae. The new Dartmouth Hall reopens in the fall of 2022.