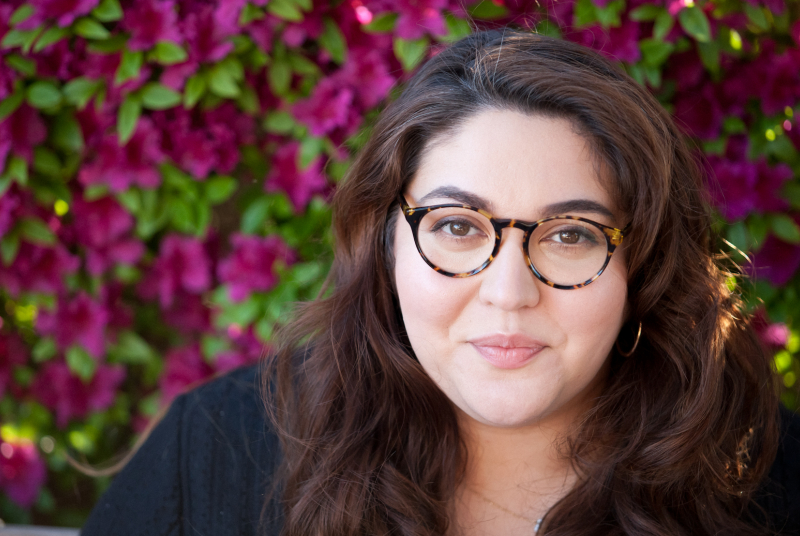 Growing up in New York City, Danica Rodriguez ’18 was always drawn to theater. She began acting in school productions at age 6, but found her behind-the-scenes calling at Dartmouth. As a film and media studies major around the time the #OscarsSoWhite movement was calling attention to the lack of diversity in Hollywood, Rodriguez used her thesis to “examine power dynamics in an audition space,” she says. After undergrad casting internships, Rodriguez landed at New York’s Public Theater. Last November she was named resident casting director at Washington, D.C.’s Shakespeare Theatre Company (STC). Rodriguez spoke with DAM about casting Shakespeare in our unfolding era of inclusivity.

What initially got you interested in theater and casting?
I was in productions at school around age 6 and acted through high school. I loved it because it’s an empathetic art form. Eventually I found I did not necessarily want to be on the stage, so I kind of fell into casting a little bit—I think a lot of casting directors fall into it—by figuring out that this job combined my love of community engagement, my love of actors and working very close to the artistic process and telling a story.

What classes and professors did you find influential in college?
My favorite professor, and I’m so grateful to him, is Paul Young in the film department. We both started Dartmouth at the same time, and he was the head of the department by the time I graduated. He let me discuss casting even when it wasn’t on the syllabus. I took five or six courses with him, which is the majority of the major. I was able to get a breadth of knowledge about film and media, from learning about the movie musical and the history of 1920s silent films to the comic book era and what it means to adapt and commission work that transforms another art form.

What’s your day-to-day like?
I am constantly meeting and getting to know actors. I’m also the person who is, very early on in the production, having conversations with directors and playwrights to see what their vision is. Who can I bring to them who will aid in their creative process? In all honesty, it’s a lot of emails. It’s strange to be in a position of leadership. I understand I am young. I also understand what it means to be a Latina in that position, because so often these positions of power are not given to folks with my background. It’s exciting. And I get to be a creative person with a steady income, which is also rare.

What differentiates your approach as a casting director?
I love challenging the way things have always been done. Casting often has to deal with major questions of representation. And while I don’t believe you can cast away racism, I do believe there is a way to make palpable change. A casting director is essentially a gatekeeper, but I want to open doors for people. I’m doing this project now called STC All In. I ask actors to join a growing actor database that asks the basics and asks them to say something about themselves beyond all the checkboxes. Tell me who you are, what’s important to you, what work attracts you. They can elect to participate in a general audition, where I’ll have a conversation with them.

How do you decide whether an actor is the right fit?
Casting is like being another designer in a creative team for a production, except we are people-focused creatives. I work in a theater that focuses a lot on Shakespeare and classic pieces, so we’re able to reimagine what could potentially influence a story that we haven’t explored before. If you’re looking at Mercutio and Tybalt in Romeo and Juliet, while they are both a part of these families, what makes them on the outside? Is it because they’re not of the same class? Is it because they’re not the same race? What layers can an actor add through identity to the storytelling that creates a richer text?

Do you think any real progress has been made in the theater world since the racial reckoning of 2020?
White supremacy has existed in theatrical spaces for a very long time, but under the guise of professionalism. I think that 2020 has made us better equipped to discuss social justice. But there’s still so much to do. We need more voices of color in power, more queer voices in power.

Which productions are you most proud of?
Much Ado About Nothing directed by Kenny Leon at Shakespeare in the Park, which feels like a badge of honor as a New Yorker. It was an an all-Black production. The second one is the Public Theater’s revival of For Colored Girls, an Ntozake Shange choreopoem. It explores the intersections of Black womanhood through dance and poetry. It was written in the 1970s but feels new and relevant and beautiful.

What are you working on now?
I just wrapped casting for a production of Red Velvet, which is a play by Lolita Chakrabarti that explores the life of Ira Aldridge, the first Black man to play Othello on an English stage. I can’t wait for it to premiere in the spring.

What are your career goals?
My original goal was to be a resident casting director at a theater. And I did it. So I’m very grateful and happy that I’ve been able to achieve that goal. I’ve kind of been soul searching to see what’s the next big thing I want to take on. I think casting for Broadway might be cool. I also think being able to cast at other venues here in D.C. and collaborate with other folks would be cool. But I’m very happy with where I’m at in my career path, and now it’s time to focus a little bit more on me and my personal life.