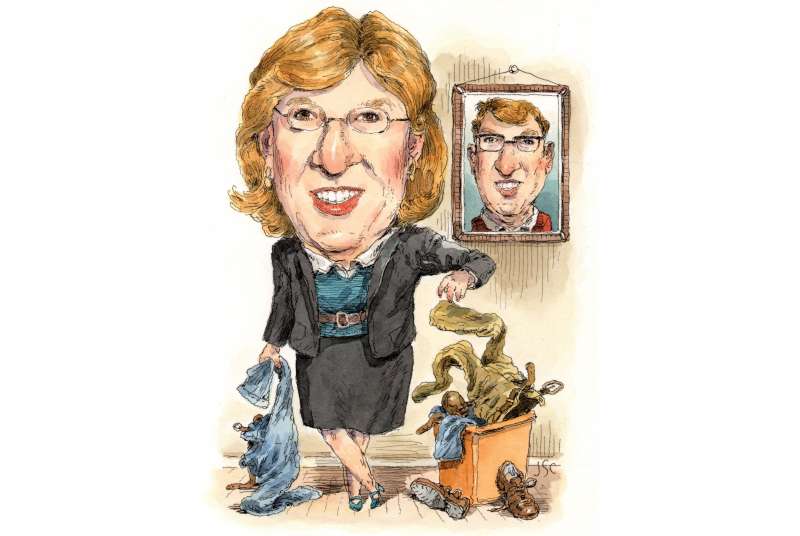 Notable: One of the preeminent research scholars in her specialty, has authored three books that address the science of and her experience with being transgender: The Transsexual Scientist (2013), The Psychobiology of Transsexualism and Transgenderism (2014) and Being Transgender (2016), the latter two under her professional name, Thomas E. Bevan
Career: Conducts research to improve medical training, telemedicine and artificial intelligence; previous work includes collaborating with Strategic Air Command to develop ways to combat Soviet mobile intercontinental ballistic missiles
Education: A.B., psychology (with distinction); Ph.D., physiological psychology, Princeton, 1973
Personal: Married to Nancy Becker Bevan; biological parent of two daughters, grandparent of seven; lives in Atlanta

“At the age of 4 I told my mother I was a girl and was rejected. After that I went into the closet for 45 years.”

“I always kept it open that I would transition, that I would know when the time was right. I cross-dressed as much as I could in secret, then later in support groups.”

“Transgender people often talk about three types of flight, and I did them all: The first was going to Dartmouth, studying winter warfare, playing football, joining Alpha Delta and ROTC. Next I married.Then I joined the military, which is so engaging you don’t have time to think about much else. Transgender people join the military at twice the rate of the general population.”

“After the Berlin Wall came down [1989], I no longer had a clear meaning for my life, which I had spent in the military and defense industries fighting the Cold War. That was when I started coming out.”

“I made some friends at Dartmouth, but when you’re transgender and in the closet, you find ways of avoiding and abandoning friends.”

“I didn’t talk to my first wife about being transgender until the end of our marriage, but that wasn’t the primary reason it ended.”

“I have a lot of former employees who’ve told me I’m the best manager they ever had. I think some of my feminine qualities came through; I think I was better at understanding people.”

“Gender behavior categories are invented by culture. Some cultures have as many as five of them. Transgender people have trouble because their cultural gender, assigned according to birth sex, is incongruent with their biological gender predisposition.”

“I have to explain the difference between sex and gender at least twice every day. A lot of people don’t understand that sex is based on organs of reproduction and gender is based on culture and behavior.”

“I hope that kids coming out early as they do today is going to help in the long run. Transgender kids have always recognized their congruent genders early on. What’s different now than when I was a kid is that there is a little more tolerance and acceptance.”

“More than transgender characters in television and movies, it’s personal relationships that lead to tolerance and acceptance.”

“I came out to my daughters by letter in 2013. Two days later my OB/GYN daughter texted me to say, ‘We accept you. We’ll support you. Go get a mammogram.’ She knew I was taking hormones.”

“A former boss invited me to her son’s wedding as Dana, so I wore a tuxedo dress with an old broach of my mother’s and received only compliments, no discouraging words. I was seated with six generals, all of whom had bad knees, so I danced with all their wives.”

“No one I worked with ever thought to ask if I were transgender, but a few were required to ask if I were gay, and I said no. Now I can say yes, because I have remained oriented toward women, so now I’m technically a lesbian.”

“I still present as male at family gatherings, primarily because of in-laws and friends of my children. The trend seems to be that younger people are more accepting, so we’ll see what happens with my grandchildren’s generation.”