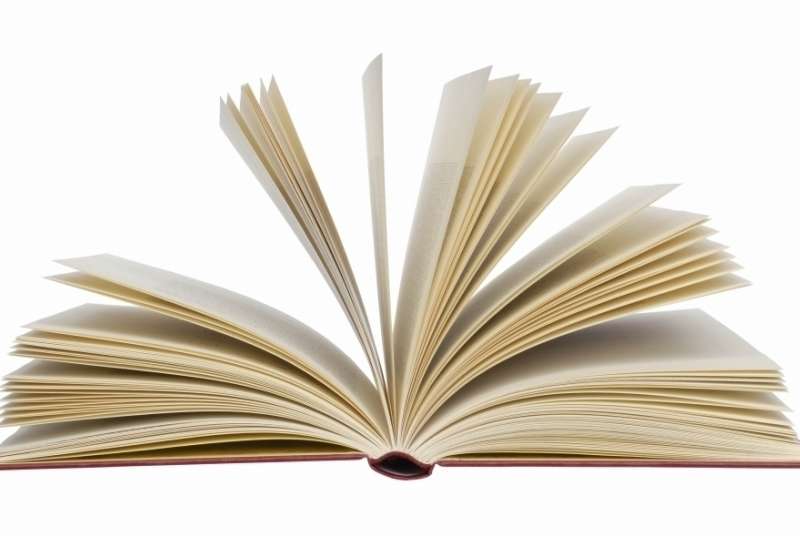 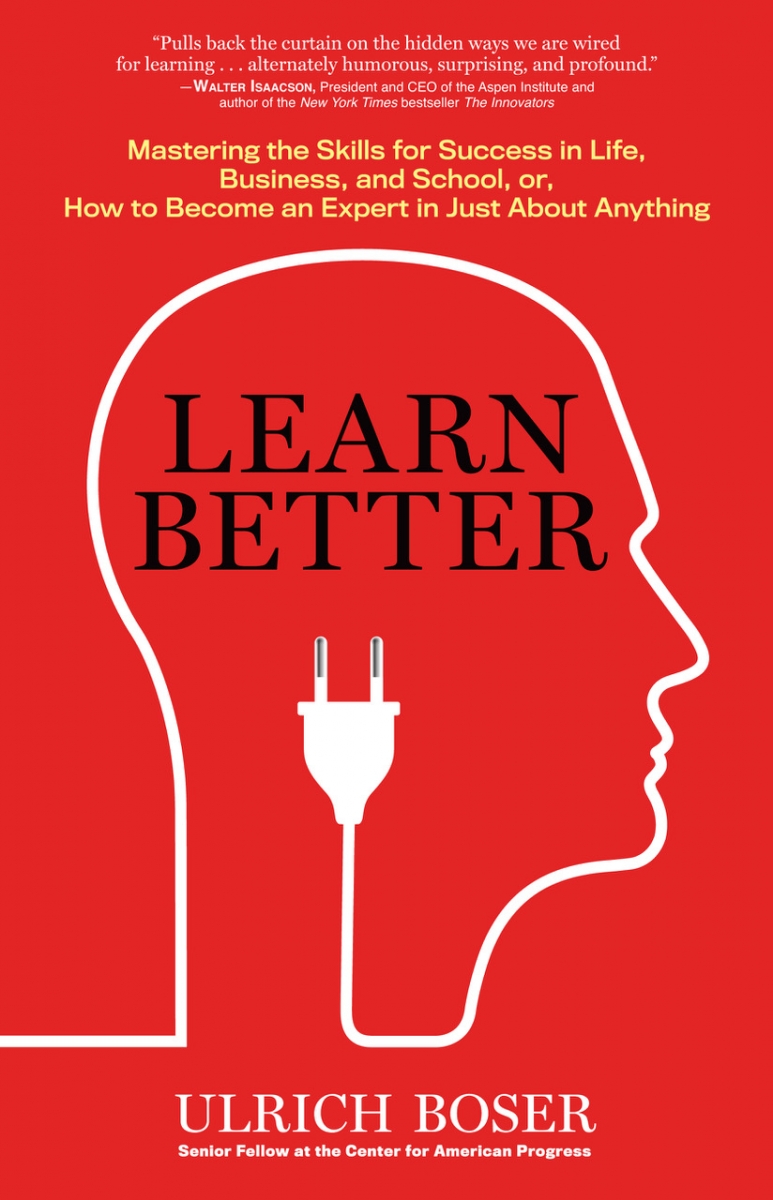 As a learning tool, analogies work because they make us ask a specific set of questions: How are these things similar? What makes them different? How are they comparable?

In other words, analogies help us understand categories. They make us think about groups and what constitutes a group. When people say that apples and oranges are both fruits, for instance, they’re relying on a type of analogical thinking. They’re matching up the attributes of apples and oranges—both have seeds, come from trees, have a type of flesh—to declare them to be fruits.

Another example is dogs. While a furry Malamute and a five-pound pug look almost nothing alike, we have no problem calling them both dogs because we understand the analog that connects them. We understand that both animals have certain things in common—social mammals with noses, tails, legs, and sharp teeth.

Another way to understand this idea is that analogies help to sharpen the distinction between different ideas or things. They provide a compare-and-contrast approach to learning.

Take the radio show Car Talk. At first glance, the show might seem pretty revolutionary, at least for NPR, given the goofy jokes and practical subject matter. But make a comparison, and it turns out that Car Talk was a pretty normal outgrowth of NPR’s programming history. Before Car Talk, for instance, there was Garrison Keiler’s Prairie Home Companion, which was also part vaudeville, part stand-up comedy.

Another example is Albert Einstein. We can learn a lot by comparing him against other great physicists. By seeing similarities and differences, people get a keener sense of a thing. Relative to other top physicists, for instance, Einstein was also much less of a dedicated mathematician. Einstein’s contemporary Paul Dirac had equations named after him. But Einstein, not so much.

Still doubtful? Take a study that occurred some years ago at a business training sessions when a group of managers and aspiring managers all piled into a room. Like so many business training seminars, there was a training packet with some sample cases provided to the group, and they were supposed to read the cases, which revolved around the notion of contingent contracts.

As an approach, contingent contracts are generally pretty helpful. When the contract is conditional on certain actions or outcomes, both parties typically have more flexibility. But for all sorts of reasons, people tend not to use contingent contracts in actual negotiations. People are not aware of them—or they just don’t understand them. This training aimed to address that issue, and all of the individuals had to read the training packet before they began to role-play their negotiation.

A few psychologists oversaw the training, and they slipped one small tweak into the session. One half of the consultants would just “describe” the case studies. The other half had to “think about the similarities” of the cases.

It wasn’t much of a difference, only a few words, really. But the use of the more analogical prompt had a dramatic effect. It pushed a compare-and-contrast approach, and the second group was almost twice as likely to use contingent contracts. They also understood the underlying idea a lot more.

Dedre Gentner was one of the psychologists who worked on the negotiation training study, and I met up with her recently. It was in the hallway of a drab conference hotel. We were both getting coffee.

When I indicated an interest in analogies, Gentner pointed at me excitedly. “If we see the same thing over and over, that’s a good way to get started. But if you don’t see more dissimilar things, basically, you’d better stay in same village your whole life.”

“But analogies are hard,” I countered.

Gentner nodded. “But analogies are what allow you to take knowledge on the road.”

For my part, I first learned the power of analogies as a tool for deeper reasoning at college, and it was Dartmouth professor Pamela Crossley who helped me understand the value of analogical reasoning largely because she likes to assign books and articles that are wrong.

This can all seem a little absurd. Certainly, it felt that way to me when I enrolled in Crossley’s class some years ago. I was in my early twenties, a senior in college, and as part of the class, Crossley assigned a book called Holy Blood, Holy Grail. Written in the 1980s, the book argues that the descendants of Jesus aimed to control Europe through a network of secretive groups including a modern-day version of the Knights Templar.

But we couldn’t simply dismiss the book as a freak conspiracy theory, and as part of the class, Crossley pushed us to figure out what the book got right—and wrong. In other words, she wanted people to reason their way through the book’s claims, and it turned out that some aspects of the book were, in fact, accurate. The Knights Templar did exist—and the King of France eventually outlawed the group, burning its leaders at the stake.

But we also had to show what the book got wrong, and it was clear that Holy Blood, Holy Grail made some Olympic leaps of logic. In the book, the authors argued, for instance, that if Jesus and Mary knew each other, then, ergo, they had children. But there’s no evidence that suggests that the two individuals were married. Moreover, there’s not a shred of support—really nothing at all—for the notion that the descendants of Jesus and Mary are still alive today, forget planning to take over the world.

For me, Crossley’s approach to teaching—and learning—was wildly different. In my previous courses, things were right or wrong, true or false. But in Crossley’s view, the world wasn’t quite like that. Nor was learning, and students had to build explanations. She wanted us to study how we inferred our way to an answer, to compare lines of thinking, to engage in analogical thought. “Reasoning is the course. It’s about looking at the methods of reasoning as an object of study,” Crossley told me recently.

In many ways, the seeds of my book on learning were planted in Crossley’s class. The course sparked a fascination with how people gain effective thinking skills. But more importantly, we’re coming across another benefit of analogies because it turns out that analogies are the driver of reason. By being at the center of any sort of concept, comparisons foster logic. As cognitive scientist Douglas Hofstadter argues, analogy serves as the “fuel and fire of thinking.”

We can get better at this sort of reasoning—and it often starts with analogy, with thinking through differences and similarities. People can improve their reasoning ability if they take someone else’s point of view, if they compare their thinking with someone else’s thinking, for instance. We also develop better reasoning skills if we think about relationships and systems rather than components, and when people have a sense of how something hangs together, they’re more likely to use logic more deeply.

Analogical thought can also help us learn about the nature of errors. Take overgeneralization, or making sweeping conclusions based on little evidence. It’s an easy mistake to make, basically a case of taking an analogy too far. If you don’t drive a certain road because you once had an accident there, that’s an overgeneralization—and a weak analogy.

Similarly, we need to consider assumptions. We will often ask leading questions or reason from a weak premise. Lots of ideas—and analogies—suffer from this problem. People argue, for instance, that since it’s cold outside, global warming is a myth. The weak assumption here is that ambient temperature is a good judge of global warming.

And then there’s the weighing of facts. This was one of the main problems with the book Holy Blood, Holy Grail—and really most conspiracy theories. In Holy Blood, Holy Grail, for instance, the authors argue that since Jesus and Mary Madeline knew each other, they must have gotten married and had children. But that argument conflates two very different activities—acquaintance and marriage—and when it comes to developing conclusions, to creating robust analogies, we need to be careful not to give some things too much weight.

Like just about everything in learning, knowledge plays a role, and as researcher Dan Willingham and many others have argued, it’s very hard to teach these sorts of reasoning skills outside of a topic area. In learning, content always comes before connections. But in the end, if we don’t learn thinking skills within a topic, we haven’t really learned.

Excerpted from Learn Better by Ulrich Boser. By permission of Rodale Books. Available wherever books are sold.