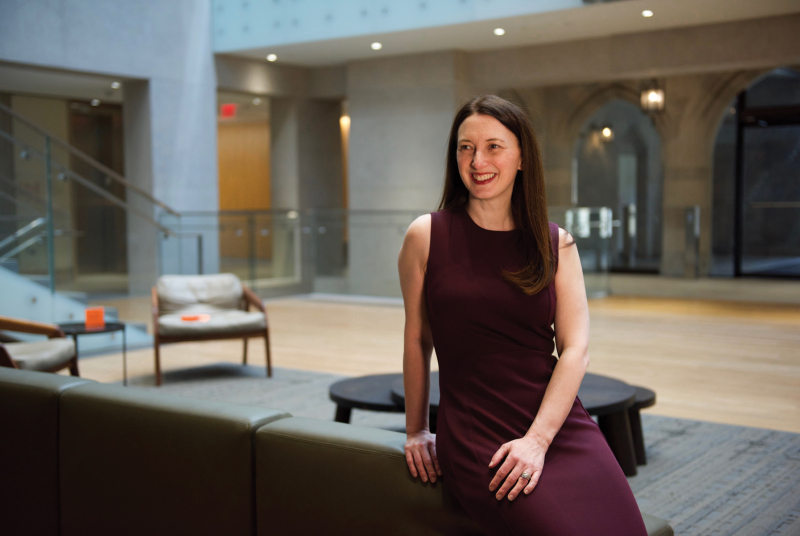 “When we were in college, who were you? When we were getting ready to leave, who did you think you would become?” Rowley begins every episode of Roads Taken, her podcast that features interviews with members of the class of 1996 about their post-college journeys, with these probing questions. Instead of fixating on the accolades, she seeks out what she calls their “normal, yet extraordinary stories.”

Rowley, an economics and geography major who has spent the past 17 years working at Princeton University in various content development and strategy roles, started the podcast in June 2020 to engage classmates ahead of their 25th reunion. The series now has a growing base of younger alumni listeners, including some who reach out to her guests to discuss their own career paths. “It’s so important for high-achieving Dartmouth alums to hear that the first step out of college is not the only step you’re going to make,” Rowley says.

The 60-plus episodes of Roads Taken examine what success really means and the value in wandering and changing course. “It’s such a breath of fresh air to hear from classmates we looked at with admiration, who admit that not only did they have insecurities while at Dartmouth, but that even after all these years they are still finding their way,” says Sansea Jacobson ’96, who spoke on the show about her journey from information technology consulting to psychiatry.

Each week Rowley spends up to seven hours working on the podcast. It’s become a family affair, with her husband moonlighting as her sound engineer and her 13-year-old son as an occasional editor. She had planned to make 52 episodes ahead of the 2021 reunion, but after Covid postponed it, her goal is to reach 96 episodes before the class is able to reconvene in summer 2022. “One of the reasons I’ve loved doing this is because I’m still trying to figure out who I want to be when I grow up,” she says.