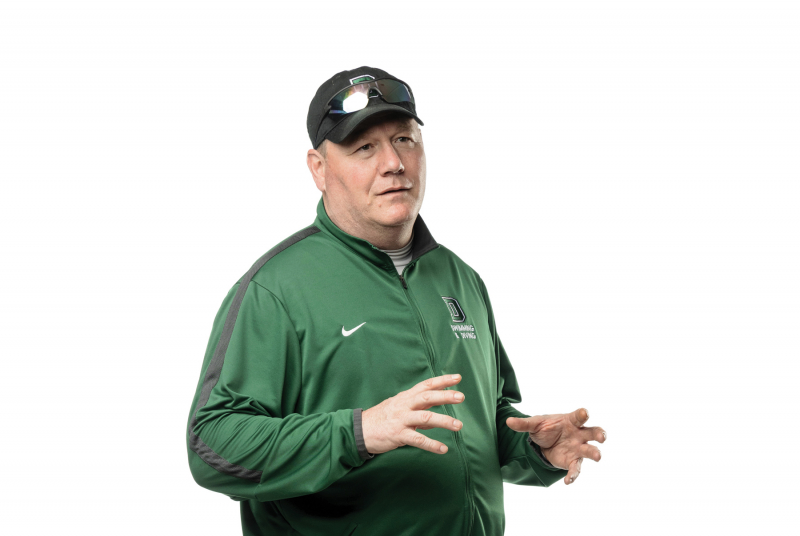 How has the team culture evolved since the team was reinstated?
More of the kids, especially the kids who were really involved in bringing back the program, have a little more edge. They want to prove to everybody that we’re back and we should be back. They’re ready to go.

You said you felt an obligation to take back your position after the swimming and diving teams were reinstated.
We’ve been dropped twice, and both times when I came back I said this is my dream job and I love being here.

What can you tell us about Jesse Moore, the new head coach of swimming and diving?
He’s upbeat. It’s going to be fun watching him coach.

How is your recruiting going?
We’re in a great situation now, because most other schools have already had their swimmers commit. These kids who are writing to us now, they haven’t committed.

Tell us about the incoming class of swimmers and divers.
We have four girls and four guys coming. It’s not a huge class, but it’s a great class. We’ve got some really good swimmers, a really good diver.

What inspires you about your athletes?
I love working with them because they want to be here, they want to get better. I’m not holding a scholarship over their heads. And they work harder than most.

How was your career as a diver?
My senior year I won NCAA, Division II Nationals, and then I was New England Diver of the Year, Division I and Division II, and National Diver of the Year Division II. A coach asked me if I would think about training for the Olympics. My body was beat up pretty good. I had a bad ankle, and the summer before I had a partial tear in my ACL. I went fishing for two weeks and decided I just wanted to coach.

Do your divers ever belly-flop?
I had three who did today.