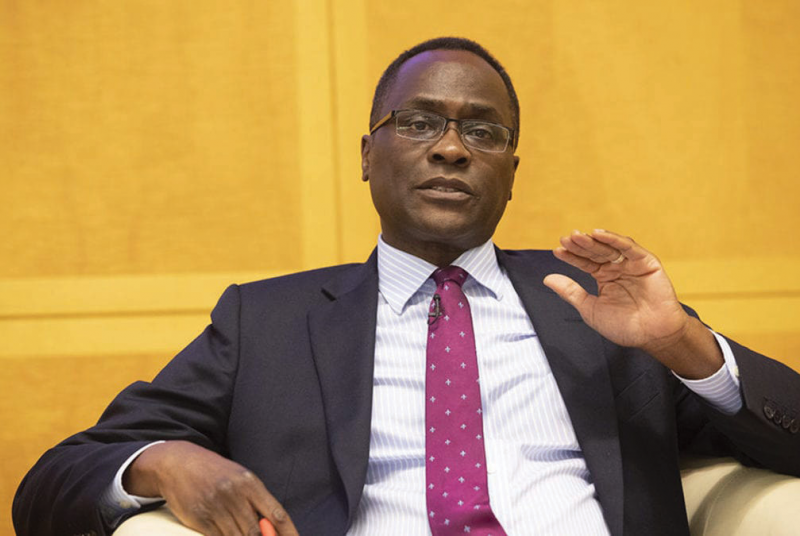 There’s an element of herding cats in Ogada’s new job as secretary of the International Monetary Fund. The IMF works to maintain stability of international monetary and financial systems. As secretary, Ogada organizes the work of IMF governing boards. “There are 189 member countries, each with their own views,” he says. “You have to be a consensus builder.” Ogada is the perfect man for the job, according to friend and colleague Phil Gerson ’83, deputy director of the IMF’s European department. “He’s incredibly calm and collected—I’m not sure he would know how to lose his temper.”

Ogada was born and raised in Nairobi, Kenya. “My parents came of age at a time when John F. Kennedy had just won the election,” he says. “They were attracted to this country with a can-do spirit.” So their son chose to attend college in the United States. His start was inauspicious. During his freshman trip Ogada was laid low by malaria he contracted before leaving Kenya. Evacuated from Moosilauke to Mary Hitchcock, he spent orientation week in Dick’s House. He majored in history and earned a law degree from Harvard in 1993. He has worked for the IMF for more than 20 years and lives outside Washington, D.C., with his wife and three children.

In the movies, IMF stands for Impossible Missions Force. While Ogada does not emulate Tom Cruise in his job, he does see certain similarities: “We take pride that when economies fall into hard times, we are the guy who comes in and tries to rescue countries from financial collapse.” The pandemic has not only brutalized economies but also exposed global inequalities and climate issues. As Ogada accepts his new mission, he is keenly aware that there is tough—but, he hopes, not impossible—work ahead.