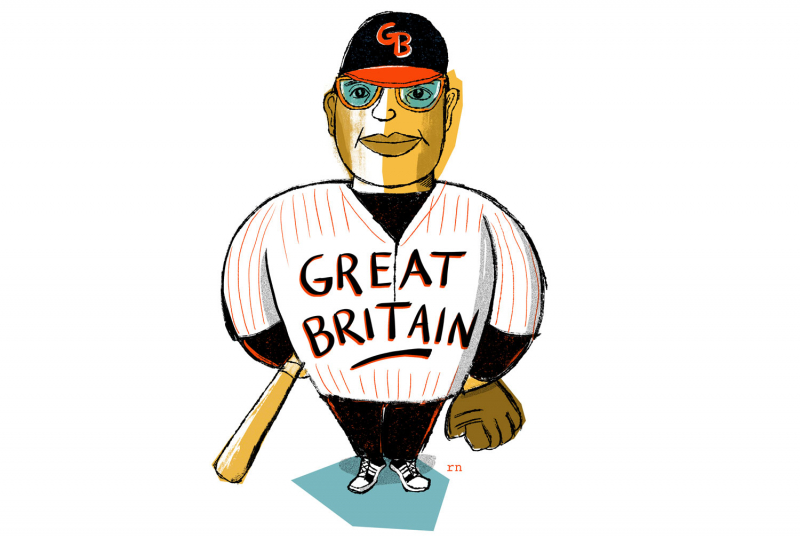 Baseball isn’t exactly England’s national pastime. Ballparks, umpires, and players are in short supply. But Spencer, a former Big Green center fielder, keeps the game alive in that nation’s capital. He coaches the six-time national champion London Mets (that’s short for Meteorites, not Metropolitans as in New York City) and the national U23 team. “Soccer is the everyman sport here, and kids who are predisposed to play a stick-and-ball sport learn cricket at school,” Spencer says, but interest is growing: The Yankees played the Red Sox at London Stadium last year, and the sport returns to the Olympics this summer. England has about 35 baseball clubs, but only a few thousand players. The national championships may “draw a throng of at least 35 or 40,” says Spencer. For youth games, the LondonSports baseball club spray paints 24 baseball fields on a giant soccer pitch every weekend—no mounds, just removable nets for backstops. It’s still baseball, says Spencer. “The only thing different is the accent.”

A four-time All-Ivy player who held career records in 11 offensive categories at graduation, Spencer says his Hanover experience prepared him well for baseball in England, where he’s lived for more than a decade. “I can relate to having to train in crappy weather during the offseason,” he says. “I’ve used drills we used in the Leverone Field House when our winter practices were held on an indoor soccer field.”

By day Spencer works as director of experience at the creative agency adam&eveDDB. His baseball work is unpaid. He’s taught the game to many players, and in return he’s learned a thing or two from them. When he first coached London little leaguers, he sent the kids to the outfield and told them to “shag balls.” That drew strange looks from the British parents. “In baseball parlance, to shag means to catch balls during batting practice,” Spencer notes, “but in the United Kingdom, shagging means something entirely different.”