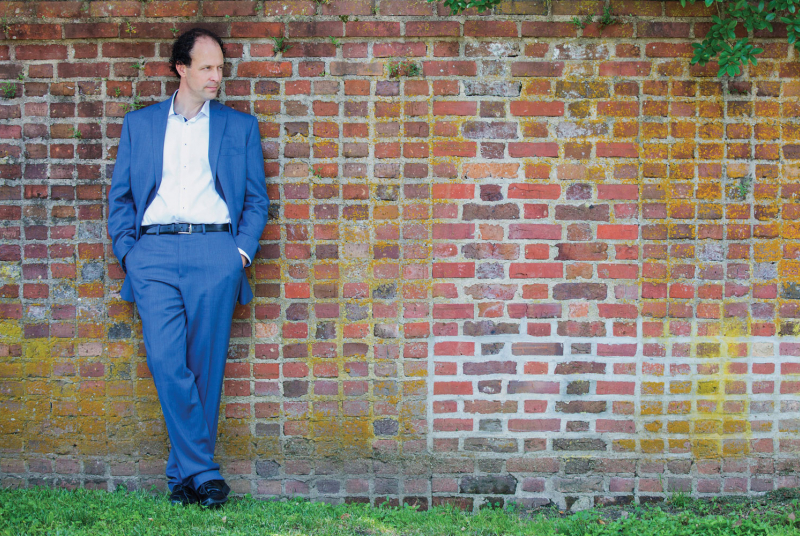 Photo by Sara Harris
Voices in the Wilderness

An acclaimed mystery writer, Parks previously had a thriving career in journalism. At Dartmouth he majored in geography and launched a weekly sports report, The Sports Weekly. (“I’ve always been good with names,” he quips.) Next came a dozen years at The Washington Post and The Star-Ledger in Newark, New Jersey, mostly in sports—“a haven for the inebriated, profane, and malodorous,” the novelist has recalled, fondly.

In November 2004 Parks had just left sportswriting to become a general feature reporter when a quadruple murder occurred in Newark. He parlayed his reporting on the case into the fictional Faces of the Gone (2009), the first of six mysteries that chronicle the adventures of investigative reporter Carter Ross. The Ross books have alternated with standalone novels, and now Thomas & Mercer is publishing Interference, a science-based thriller.

Interference will be familiar to Dartmouth readers. The book features a fictional Dartmouth physics professor, Matt Bronik, and is set on the campus and in Hanover. The heroine, Brigid Bronik, is a librarian at Baker Library. “This is a very, very Dartmouth book,” Parks says. “Dartmouth isn’t just a setting in the novel, it’s a character—and one I know and love.”

Parks has been attracting attention from movie people. His most recent novel, The Last Act, has been optioned by SkyDance Media, and Interference is being shopped around. The novelist lives in the Tidewater area of Virginia with his wife, Melissa Taylor ’96 (they met during Sophomore Summer), and their two school-aged children. Parks is a self-confessed “incorrigible ham” and was playing the lead role in the Williamsburg Players’ production of The Scarlet Pimpernel when the Covid crisis intervened.

His artist’s café of choice is a Hardee’s. It’s the only place Parks could find open at 6 a.m., and he loves writing there. Next is a novel tentatively titled Unthinkable. “It’s about an ordinary stay-at-home dad who is told he has to kill his wife or a billion people must die,” he says. “Cheery, no?”