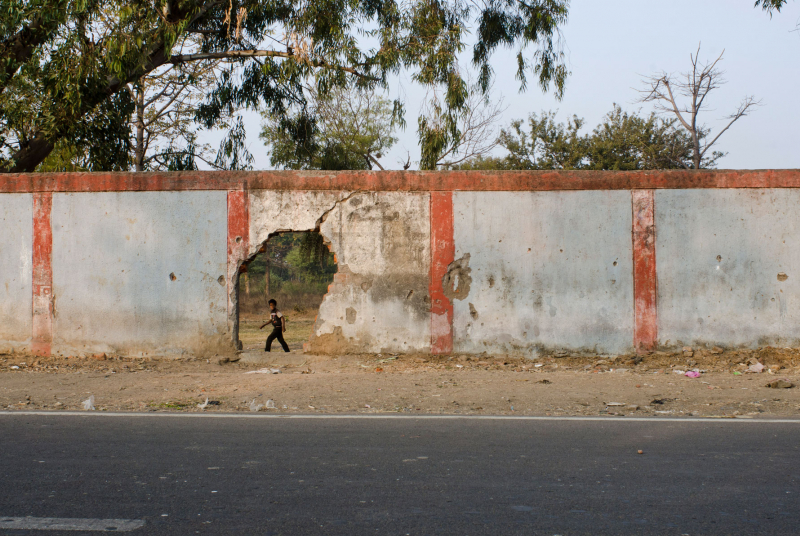 An alumna returns to her native country and explores the lingering effects of the 1984 Bhopal gas tragedy.
Apoorva Dixit ’17 | November-December 2022

The home of my grandfather—my “Baba”—stood three miles from the Union Carbide factory in Bhopal, India. To get to the factory, you’d descend a hill so steep that cars would often cut their engines and roll down. You’d pass Bhopal’s gorgeous central lake. Then you’d take a left and see the one-story brick houses of J.P. Nagar, a low-lying slum. The houses are so colorful that you might not notice what they face: a white brick wall with an orange border.

This wall is all you see of Union Carbide, an abandoned American pesticide factory. Today cows sometimes wander in from the nearby hills. They often end up dead, choked by the same poison that suffocated thousands of people here on December 2, 1984.

I took my first breath in this very air, 11 years later, born into a family that narrowly escaped death that night. 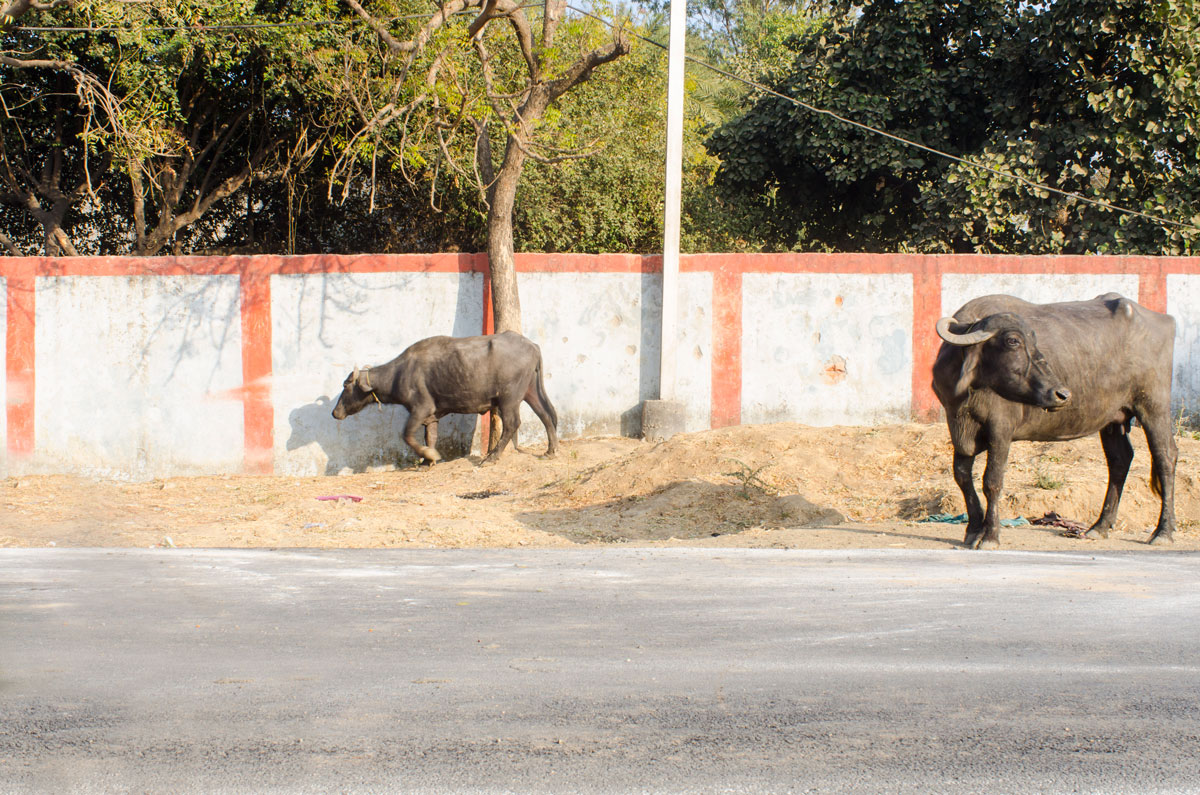 Union Carbide built its Bhopal factory in 1969 and cut corners from the start. Methyl isocyanate, or MIC, was a key ingredient in its trademark pesticide Sevin, but it is a highly unstable liquid that reacts violently with water to turn into a poisonous gas. Toxic to the lungs and eyes, MIC is 500 times more poisonous than hydrogen cyanide. To safely store it, MIC had to be kept at temperatures low enough to remain a liquid in rust-resistant stainless steel tanks. But in Bhopal, Union Carbide constructed a shoddy alarm system that made it difficult to keep track of the temperature, and it stored MIC in rust-prone carbon steel tanks.

On that fateful night in 1984, a worker accidentally sent water into a MIC tank that had been neglected for months. Within two hours, 43 metric tons of poisonous gas escaped. Denser than air, the invisible toxin sank to the ground and into the waterways. When the gas hit the tin-walled lean-tos of J.P. Nagar, thousands of its residents died in their sleep. Others fled on foot.

My father was 18. He was at his parents’ house, located on high ground, above the gas cloud. Two hours before the leak, he had dropped my grandparents off at the Bhopal train station, less than a mile from the factory. Had the train left late, as it so often did, I might not be here today. 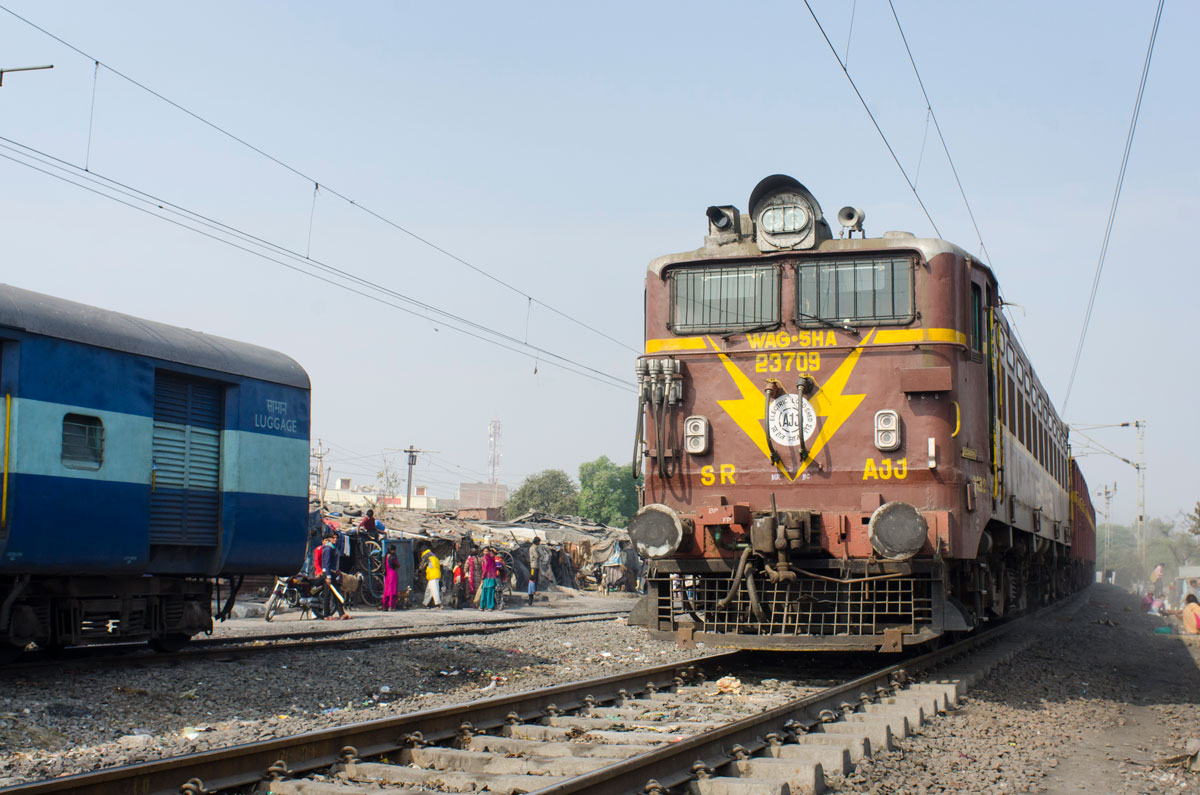 The Bhopal train station, less than a mile from the Union Carbide factory (Photo: Francesca Moore)

In 1989, Union Carbide reached a settlement with the Indian government to pay $470 million in damages to Bhopalis who lived within a certain radius of the factory, including my dad. I was born three years after he picked up his $1,000 compensation check. We moved to the United States when I was 5. I did not learn of the tragedy until I was 12, sitting in a social studies class. It was a mere sentence in my textbook, after a paragraph on Chernobyl: “And the second worst industrial disaster in the world was Bhopal.”

We’ll never know exactly how many people died in Bhopal, but there is no doubt it is the world’s deadliest industrial disaster. The official government death toll from that night is 3,787. Dr. Ingrid Eckerman, a Swedish doctor who researched the tragedy extensively for her book The Bhopal Saga, estimates that the true number is closer to 8,000. Experts estimate as many as 10,000 Bhopalis have died since then of complications from the event.

It’s incomprehensible that a disaster of this magnitude has received such little attention, even from those of us with ties to survivors. I grew up visiting Bhopal and my Baba, a retired judge, every other summer. In college, I spent a winter break there. Each evening, Baba’s crew of retired judges would congregate for chai, and that was when I first began hearing tales of 1984—and the gas. Many people I knew growing up had a story from that winter night. They had survived because of Bhopal’s economic geography. The doctors, the judges, the educated, and the wealthy—people I knew—were saved by the well-insulated bungalows they owned at higher elevations.

A heavy gas, MIC hit low-lying areas such as J.P. Nagar hardest. I never became familiar with that part of the city because my relatives would not allow their foreign granddaughter to mingle downhill. I decided to change that. After college I returned to Bhopal as a Fulbright scholar to conduct an autoethnography—to better understand my experiences through the lens of wider cultural, political, and social meanings—and to live with Baba for a year.

My overarching questions: What is the collective memory of the disaster, and does it vary by community? I spent nine months with survivors from a range of religions, classes, and castes, learning about their losses and their attempts to make sense of the tragedy. I was not the first researcher to come through Bhopal, and it took time to establish trust with different communities. I made a commitment to the survivors whose stories I collected that I would make sure the world hears them.

I partnered with my childhood friend and podcast producer Molly Mulroy to create a seven-episode podcast called They Knew Which Way to Run. We spent five years on the project, which describes life in Bhopal before the gas leak and how everything changed. My father and other survivors recount that night and the morning after, when corpses lined the streets and leaves on the trees had turned black.

Our narrative traces how victims had been “cursed by the government’s treacherous laziness,” in the words of one survivor, and the fight to obtain just compensation from Union Carbide. It features strong women who became activists in the wake of the tragedy, such as Rashida Bi, a 66-year-old woman who never learned how to read or write but had the hosla, or courage and determination, to lead 500-mile marches to Delhi, fight for justice in supreme court cases, and build a state-of-the-art special needs school for gas survivors’ children.

“Can we become really, really evil?” asks another activist I interviewed. “The answer is yes. Bhopal exposes the true nature of corporate business….It was a leak in what I would call the civilizational fantasy that governments are there to protect you.”

But these activists have dedicated their lives to this cause. I think the deeper meaning of Bhopal is a belief in the survivor-activist community and the fundamental truth that, yes, humans can be evil, but we can also be good. No individual or institution is morally absolute. We all have some Union Carbide in us, and we all have a Rashida Bi in us. Every day, we choose.

Apoorva Dixit is a student at Harvard Law School.