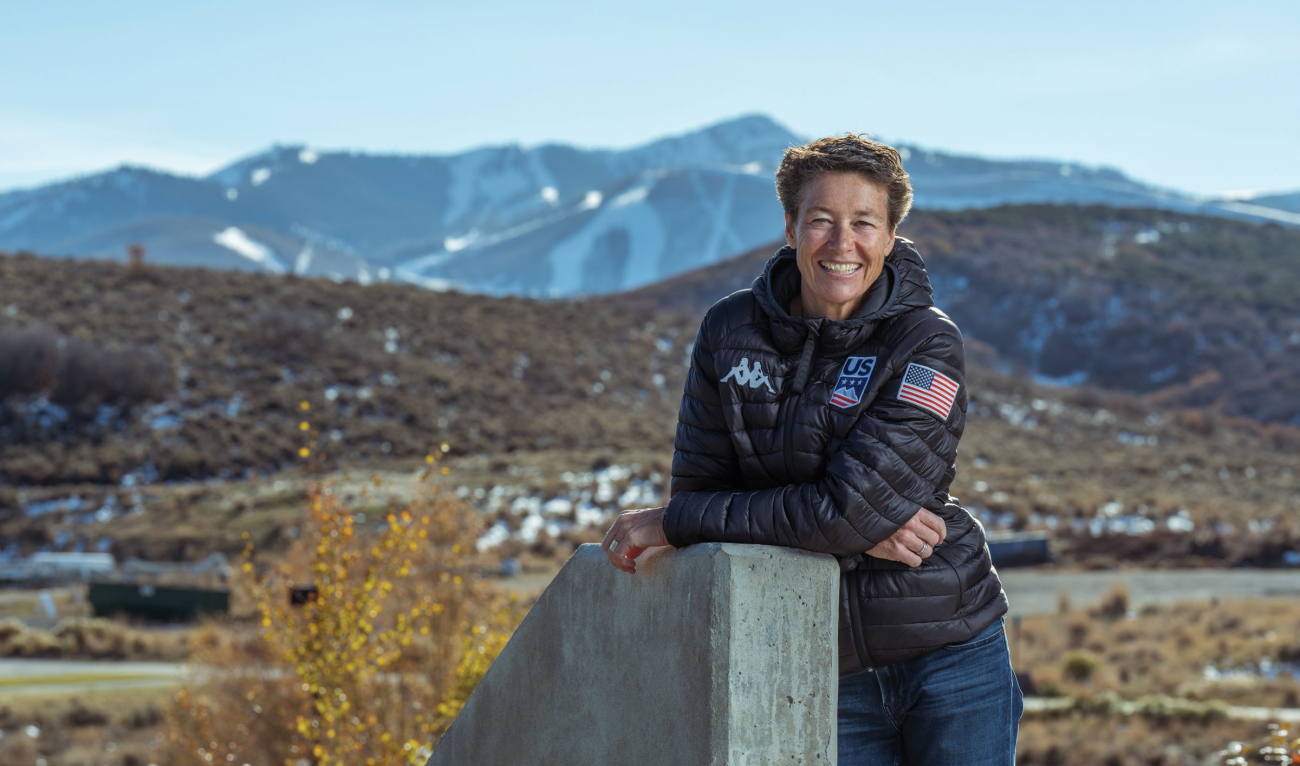 Anouk Patty understands both the power and the precariousness of the athlete’s dream. Born in France, Patty moved as a toddler to the United States when her father—a French national ski team coach who trained Olympic gold medalist Jean-Claude Killy—went to work for Rossignol, the ski company. Patty grew up in what she calls a “skiing mad” family in Vermont, where her mother ran a ski shop and the kids spent endless hours at Sugarbush, the local ski area. “It was our playground,” she recalls. “We’d build jumps and go off them. We did mogul skiing, cross country, all the disciplines.”

A child racing phenom, at 12 she suffered a severe skiing accident that broke both her legs. Bedbound for months, Patty endured a long and painful recovery, and when she finally resumed competing, she was stunned to discover how much ground she had lost. “I was terrible,” she recalls. “I went from winning almost every race to being pretty much last.” The setback forced her to rethink competition. “I had to relinquish the desire to be on the podium, because that wasn’t going to happen. Taking that pressure off allowed me to enjoy skiing. And in enjoying it, I got good again.”

At 14, Patty made the U.S. ski team, but she faced a tough choice common to many world-class skiers following high school: compete internationally or go to college. Dartmouth won, and in 1988 Patty was crowned the NCAA champion in giant slalom. “It was hard to give up a world-class opportunity and go to school,” the economics major said at the time. But her gaze was fixed on a degree and a career.

Patty spent the next three decades blasting her way through the business world, earning an M.B.A. at Harvard and compiling a resume stocked with glittering companies—JP Morgan, Hewlett Packard, Bain Capital, and most recently Dropbox, where she was director of business development and strategic partnerships. Now, at 54, she is finally combining her passion and her profession as the newly named chief of sport for U.S. Ski & Snowboard (USSS). 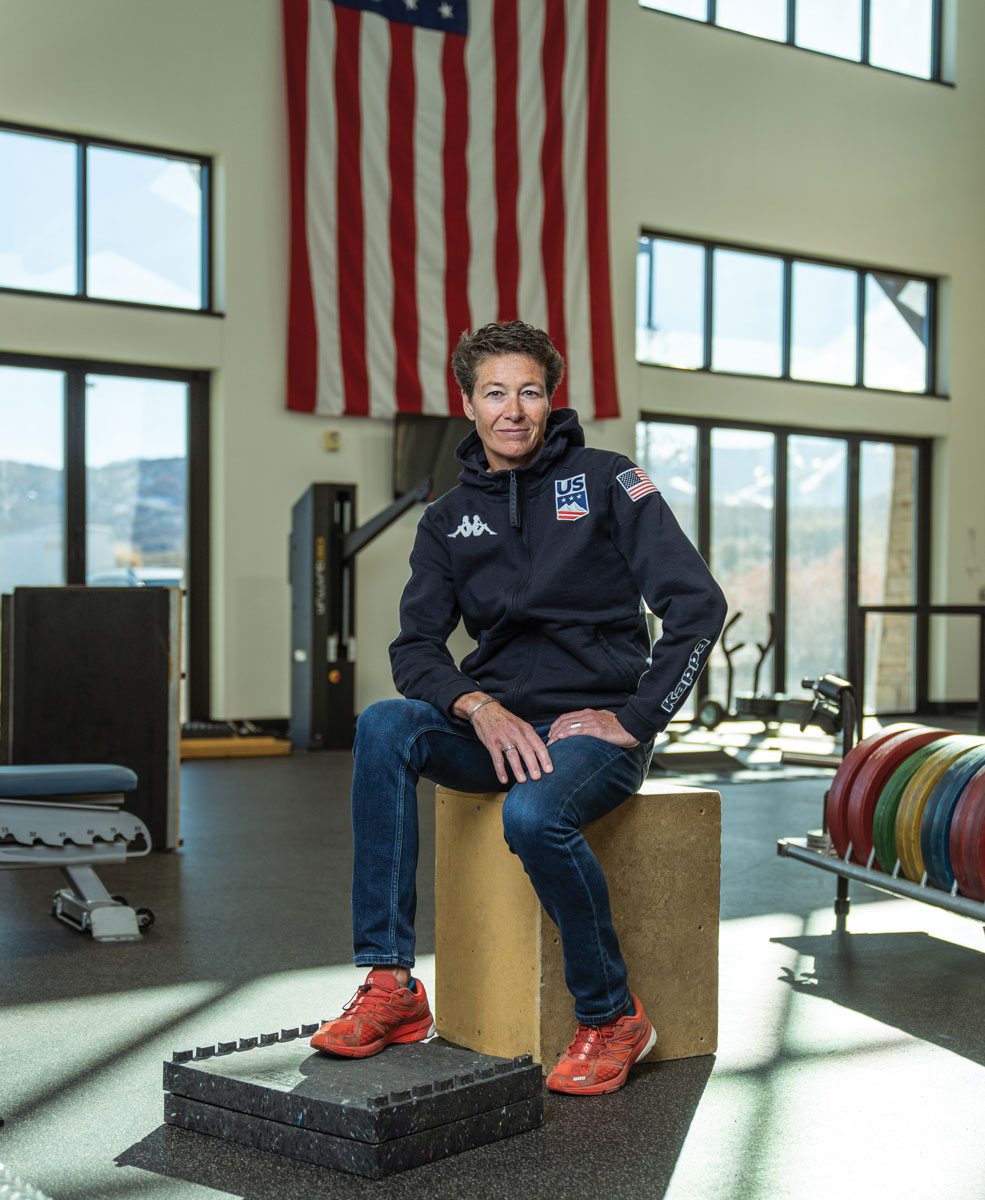 Patty hopes to use a goal-setting framework to take athletes to the next level. State-of-the-art training facilities in the 85,000-square-foot USSS Center of Excellence in Park City, Utah, also help.

Based in Park City, Utah, with a budget of $45 million, the USSS is the national governing body for ski and snowboard sports from grassroots organizations up to the Olympic level. As chief of sport, Patty oversees the task of identifying, developing, and training elite athletes. “Essentially I’m like a college athletic director,” she explains. A top priority is to make the USSS truly athlete-centric, putting in support systems “built like a cell,” she says, around individual athletes. “Each athlete has different needs and challenges, and our challenge is to really understand what each one requires in order to achieve their full potential and then to structure the support system around them accordingly.”

The goal is winning medals, and in pursuing it Patty envisions using OKRs—objectives and key results, a goal-setting framework for individuals, teams, and organizations—to track and manage activities for athletes and administrators alike. “We need to make sure that every single athlete has documented goals, both short-term and long-term, along with plans for how to get there, broken down into relevant categories such as strength and conditioning, technique, equipment management,” she says. “It means taking a very rigorous operational approach to raising the bar across the board.”

Sophie Goldschmidt, CEO of USSS, knew Patty was the right person for the job during the interview. “In professional sport, if you’re not moving forward ambitiously, you’re going backward,” Goldschmidt says. “I wanted someone who would bring a different perspective, who would push our program in different ways to achieve the next level of success. I want to create a more high-performing and professional culture. And I want us to think outside the box. Anouk is brilliant at that.”

USSS’s new chief of sport has two kids in college and a pair of beloved mutts named Major and Minor. Patty, who is gay, has relocated to Park City. Her partner, Dauray Tannahill, owns a business in the San Francisco area, and the two have been traveling back and forth. “It keeps us both on our toes,” Patty laughs. As a U.S. ski team member decades ago, she was not out with her sexual orientation. “When I was on the team, it was not at all inclusive,” she recalls. “I don’t even think I was inclusive. As an organization, we are making huge efforts to be more inclusive, thoughtful, and caring. It’s an area that I really want to drive hard. I think just me being here and being a role model for those other athletes is helpful. I do recognize that I carry the flag.”

“Each athlete has different needs and challenges, and our challenge is to really understand what each one requires in order to achieve their full potential.”

In addition to “fresh thinking,” Goldschmidt praises Patty for her “proven leadership capability” and ability to deal with the USSS’s “broad, diverse, and critical group of stakeholders.” Goldschmidt’s predecessor as CEO of the organization, former Dartmouth skiing star and two-time Olympian Tiger Shaw ’85, emphasizes this point. “When you run the athletic part of a sport’s national governing body, you are managing thousands of people for whom it is an enormously passionate part of their life,” he notes. “For some it is their business. For others it’s their dream.”

Patty seems certain to be a zealous steward of those dreams. However rigorously analytical her approach, she has the heart of a passionate competitor. It has been decades since she competed, but when she recalls what it was like to be a world-class downhill ski racer, you can’t help but feel a vicarious thrill. “It’s just a massive adrenaline rush,” she says. “You’re going 60, 70, 80 miles an hour and then you have to turn and you’re desperately trying to hold onto your edge. You really have to be laser focused.”

Patty promises to keep that laser focus trained on results. Shaw calls her “a godsend” for U.S. skiing. “It’s extraordinary to have someone who is passionate but also has a business career and the analytical skills that go with it,” he says. “You don’t get that combination very often in the Olympic sports world. It’s just a huge win for all of us.”