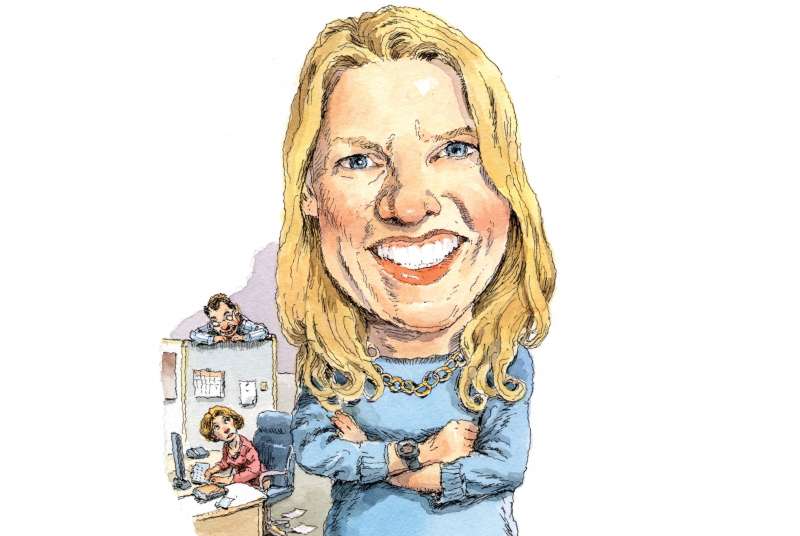 “The Harvey Weinstein accusations opened a floodgate because his behavior was such an open secret—and because the people who complained about him are not anonymous. I’m hopeful another reason is that people are just sick of such behavior.”

“When those who’ve been assaulted or harassed began to think, ‘People are going to believe me,’ it allowed more people to come forward.”

“Legally, conduct that can be prosecuted is unwelcome and it’s severe or pervasive. The only person whose perspective matters in determining ‘welcomeness’ is the recipient. Intentions don’t matter. One joke that is unwelcome to the recipient would not be sufficiently pervasive to be deemed unlawful sexual harassment.”

“Courts have recognized more and more over the years that employers are responsible for taking affirmative steps to prohibit harassment. That falls into two areas: training and expansion of protection.”

“The vast majority of companies have anti-harassment policies that set the bar much higher than the law. Typically they say one incident is enough for discipline—that could mean termination, training or counseling.”

“If you go to a lawyer with a complaint, the first thing out of that lawyer’s mouth will be, ‘Did you complain internally?’ ”

“There is no clear standard that establishes what amounts to unlawful sexual harassment. The burden continues to fall on those harassed to show that the conduct was severe or pervasive. The way that judges or juries determine whether an abusive working environment exists is through individual testimony.”

“I do a lot of work in academia and honestly don’t know where it falls on the spectrum. As with doctors, there are some professors who are considered superstars who somehow believe they are exempt from the rules. This has held true for many of the men we’ve seen accused of assault recently.”

“I urge people who are interested in this issue to read the 2016 book Because of Sex: One Law, Ten Cases, and Fifty Years That Changed American Women’s Lives at Work, by Gillian Thomas. It details 10 groundbreaking cases that have defined sex discrimination and that have changed the workplace for women for the better.”

“I’d like to think employers are taking swift action because they all of a sudden realize how bad harassment and assault are, but I doubt that. I think people who run companies now see the damage done by keeping an alleged serial abuser around.”

“The courses I took with history professor Bruce Nelson pointed me toward my career: the history of civil rights and the history of the labor movement. He was a phenomenal teacher.”

“We do have a tradition of lawyers in my family—not only my dad, who became a judge. His mother graduated from George Washington Law School in 1927 and was admitted to the Supreme Court in 1934. A few years later she was fired because she had a baby.”

“If shining a light on the problem results in a spike of complaints, that’s a good thing, because there will be fewer harassers in the workplace.”