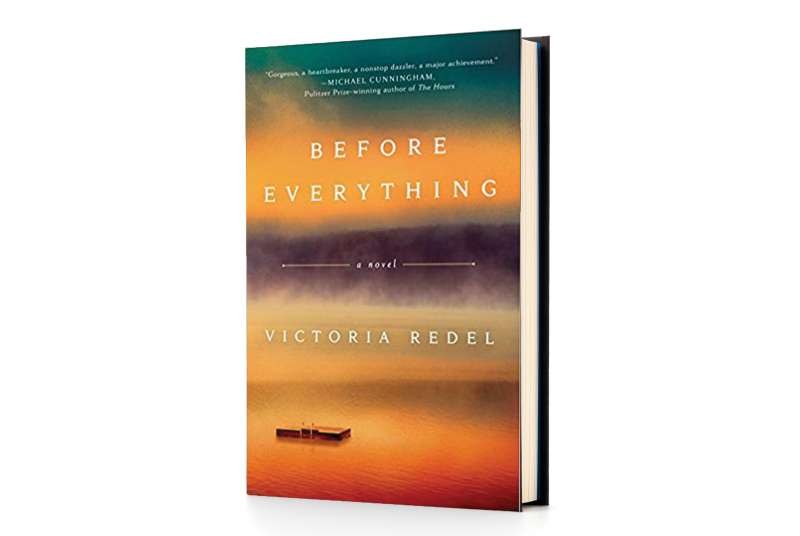 Victoria Redel ’80
Before Everything
(Viking)
Redel, in her fourth novel, deftly captures the ways in which a dying friend’s final months consume the lives of those unable to accept the prospect of life without her—even as they are forced to deal with challenging issues of their own.

Alternating between present and past, Redel episodically illuminates the intricate bonds of friendship through her portrayal of a group of five 50-something women who grew up together. One character, Anna, enters hospice, shifting the lives of the others and providing a new frame of reference for all the joys and sorrows they’ve experienced together.

The idea for the book grew from a seed planted by a childhood friend of the author, who asked Redel why she’d never written about friendship. After her friend died of cancer, Redel was inspired to set aside a book-in-progress and instead explore and write about love and loss from several perspectives. “The other book became irrelevant,” she says. “I wanted to bear witness to the ongoing process of becoming a person and the various choices people make.”

Redel, a professor at Sarah Lawrence who has also published several collections of poetry, says she has long contemplated her own mortality. She had to grapple with the loss of a close friend soon after college, when classmate Nancy Rockwell ’80 died from a lightning strike while leading an Outward Bound trip. Six months later, Redel’s mother died. “They are still alive to me,” she says.

Before Everything is not gloomy. It is funny, bittersweet, emotional. It celebrates life that is richly lived and how someone can be joyfully remembered rather than mourned. Redel was pleased, she says, when a bereaved publishing friend who admitted he was nervous about reading the book “said it served as a kind of guidebook for him and made him feel better.”   —Lisa Furlong

Neil Maher ’86
Apollo in the Age of Aquarius
(Harvard University Press)
The New Jersey Institute of Technology and Rutgers history professor examines how the celestial aspirations of NASA’s Apollo space program were tethered to terrestrial concerns—from the civil rights struggle and the antiwar movement to environmentalism, feminism and the counterculture.

Mel Robbins ’90
The 5 Second Rule
(Savio Republic)
The motivational speaker draws on her experience teaching executives how to overcome self-doubt and build confidence in a how-to for everyday life. Using the science of habits, Robbins supports her theory behind the book’s title: “The moment you have an instinct to act on a goal you must 5-4-3-2-1 and physically move or your brain will stop you.”

Prayaag Akbar ’04
Leila
(Simon & Schuster India)
Journalist Akbar turns an unflinching gaze on class and privilege in this fictional account of a future, digitized city obsessed with purity—and building walls to divide and confine communities. His debut novel follows a once-wealthy woman as she searches outside the walls for the daughter she lost years ago.

John White ’61 gathers together a wealth of patriotic literature in his teaching guide, Celebrating America in Poem and Song: A Book of Patriotic Literature for the Classroom(self-published).

Charles Hobbie ’67 recalls the friendships, experiences and events of his undergraduate days in the last decade of Dartmouth’s all-male culture in his self-published memoir, Days of Splendor, Hours like Dreams: Four Years at a Small College in the Still North (1963-1967).

Drawing upon a 30-year career at private equity firm General Atlantic, Pat Hedley ’83shares the secrets of master networkers and tips on developing relationships in person in Meet 100 People: A How-to Guide to the Career and Life Edge Everyone’s Missing (self-published; meet100people.com).