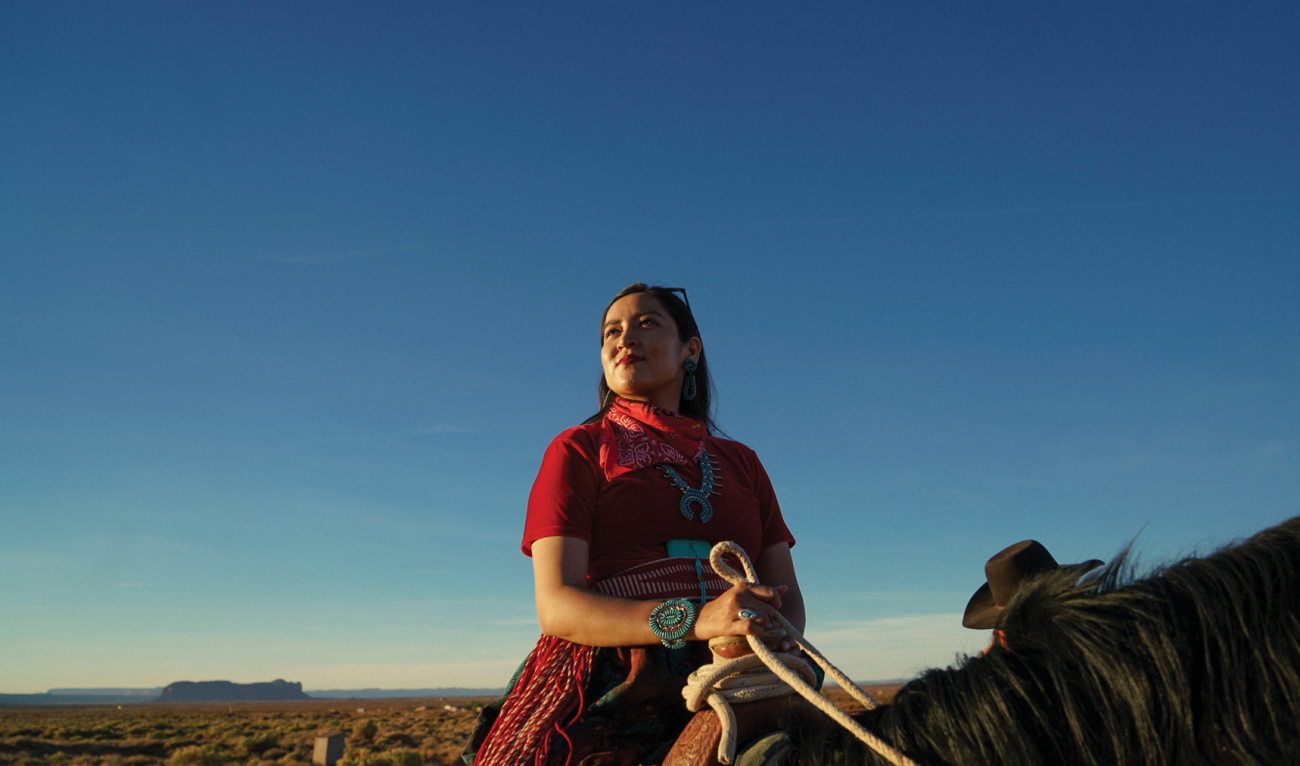 Allie Young rode into the national spotlight last fall for her unusual  efforts to get out the vote. A member of the Diné, or Navajo Nation, she led two 10-mile horseback rides across the Arizona desert to a polling site in Kayenta as part of her “Ride to the Polls” campaign—an initiative that earned her a shoutout from former First Lady Michelle Obama and a Congressional Medal of Honor nomination.

Young says she felt compelled to mobilize Navajo voters when she learned how disillusioned many Native youth felt about politics. Given the high stakes of the 2020 election, the question became how to get people to the polls. The self-proclaimed “straight-up cowgirl” says the idea for a trail ride came from her father, who was planning one of his own leading up to the election.

“I started thinking about stories of our elders who rode horseback to the polls because they didn’t have vehicles but knew how important it was to exercise their right to vote.”

“I started thinking about stories of our elders who rode horseback to the polls because they didn’t have vehicles but knew how important it was to exercise their right to vote because someone before them had to fight for that,” Young says. “I believed that was something that our youth would get excited about because they are more eager nowadays to reconnect to our culture than ever before.”

Between the two rides—one during the early voting period and the other on Election Day—Young’s entourage grew from roughly 25 to 45 people, with a larger group of followers trailing behind. The campaign’s influence quickly extended far beyond the Arizona desert. Social media users around the country “told me that what we did was inspiring and truly healing for a nation that needs healing,” Young says. Analysts credit the Navajo Nation’s increased voter turnout with helping to flip traditional red-state Arizona to blue.

An aspiring screenwriter dedicated to preserving Native voices through art and storytelling, the film and media studies major emerged as a community leader last spring when the Covid-19 pandemic began to ravage the Navajo Nation. She returned home to New Mexico from Los Angeles and founded Protect the Sacred, a grassroots organization that promotes health awareness, preserves Navajo culture, and empowers Navajo youth by encouraging them to reach out to tribal elders. For her work, Dartmouth gave Young its 2021 Emerging Leader Social Justice Award.

Looking ahead, Young plans to keep pushing politicians to recognize Native rights. “Coming off the vote, people are seeing that we’re still here and we still participate,” she says. “When we show up in a big way and it pays off, they have no choice but to hear us.”