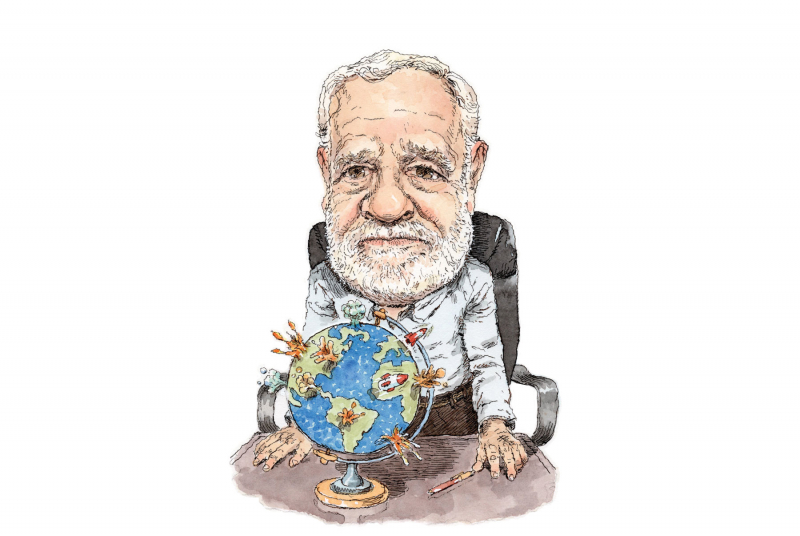 “I didn’t develop an interest in law as it relates to war until I worked in the solicitor general’s office. After I successfully argued for the conviction of a man accused by the immigration and naturalization service of having been a guard at Treblinka, the U.S. Justice Department established an office to investigate and prosecute Nazi war criminals in the United States and asked me to head it.”

“The objective of teaching about the law of war is to make the point that nations have agreed in different forums—including Nuremberg, the Geneva Conventions, and such treaties as those against nuclear weapons—that there are and should be rules. Civilians should not be targeted. Prisoners should not be mistreated. Rape, pillage, and plunder should not be tolerated.”

“Obviously, law cannot perfectly regulate war. Crimes are still committed, but those who commit them can be held to account. In Nuremberg and Vietnam [1970], Telford Taylor, chief counsel at the Nuremberg trials, cites how many more people are alive today because of the law of war, which is a point to take some comfort from.”

“Nuremberg was the most important human rights development of the 20th century because it established the principle that individuals could be tried and convicted. Prior to that, they could hide behind a state.”

“Although our record pales compared to Nazi Germany or other examples such as Cambodia in the 1970s or what is happening in Ukraine now, the United States has also committed war crimes.”

“The International Criminal Court has been criticized with some justification as being heavily bureaucratic, terribly slow, focused too much on Africa. But it is better to have it than to not, and I do think the United States should be part of it.”

“When President Biden, somewhat offhandedly, referred to what is going on in Ukraine as genocide, that was a step too far. There are certainly war crimes that are taking place in Ukraine, fully documented, but genocide is different than ‘simply’ the killing of civilians, as horrific as that may be.”

“For students born in the last 20 or 30 years, atrocities, war crimes, crimes against humanity, and genocide are all too familiar. When a student asks, ‘What can I do?’ I say, ‘First you must try to understand it, learn about it historically and currently, then use your voice.’ ”

“The problem with enforcement of laws against war crimes, crimes against humanity, and genocide is getting the perpetrators into the courtroom.”

“I start my Harvard summer school course with Shakespeare’s Henry V, which focuses on the Battle of Agincourt. Shakespeare makes clear that even in 1415, there were rules as to the conduct of war. Henry V instructed his soldiers to treat civilians carefully.”