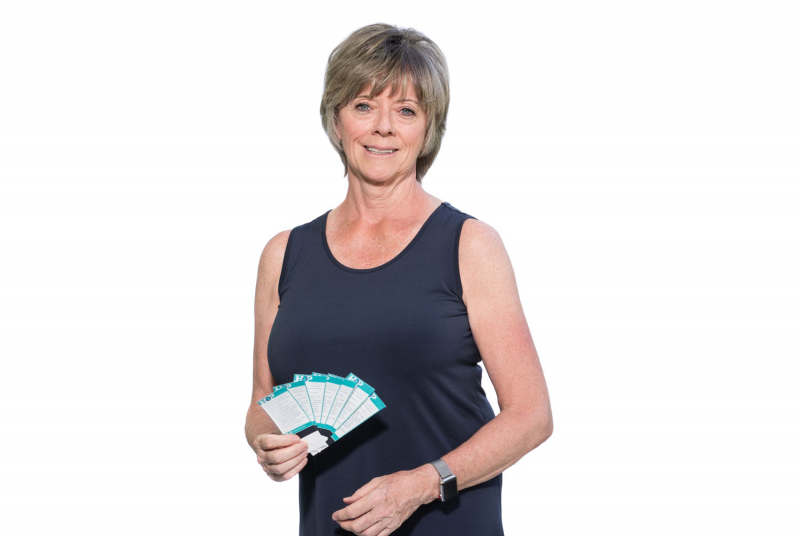 How long have you been working at the box office?
Just about 20 years—but I’ve been at the Hop for 35. I started as the events manager in 1985.

How did you get that first job?
I saw an ad for it in The Boston Globe, I think. The interview was my first time in the Upper Valley. I drove up and went, “Oh, this is a nice place to be.” Then I went into the Hopkins Center and I was like, “What? This incredible place in this tiny little town?” I still feel that way. We’re lucky that this place is here.

Have you ever had any problems with Hop patrons?
One time sticks out from when I was events manager. We had a rather intoxicated patron who insisted on going inside as a latecomer, and I was the last line of defense. It was a very quiet event, and we really could not allow her to enter late. I was eight-and-a-half-months pregnant, and she tried to push past me—a giant gasp went up from everyone. She was escorted out of the building.

What are a few of your favorite shows that have come through?
I remember a few in particular. One is Leon Bates. He was a charismatic young African American pianist, and he was a bodybuilder. He would sometimes play with short sleeves on for shows with younger audiences. I asked him why once, and he said it was because as arts educators, we want to find anything we can that will break the ice with young people, and, sometimes, that would be his muscles.

Has working with students changed during the past 35 years?
It really hasn’t. For me, it’s a privilege. The people who come here as undergraduates are special people, and it’s really fun to see the quality of human beings who come to Dartmouth. And it’s thrilling—because sometimes they become the leaders of this country.

How have people reacted to the cancellation of the season?
People’s reactions to the complications have been so lovely. People aren’t asking for refunds; they’re donating the value of the tickets back. They’re going out of their way to be gentle and kind.