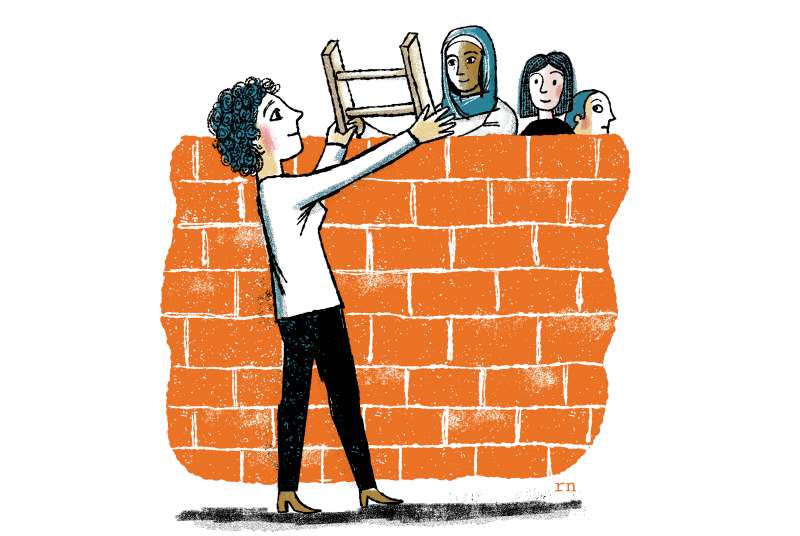 Under Baron’s direction, the Middle East Studies Association (MESA) joined the International Refugee Assistance Project and others in a lawsuit in March that asked a federal court in Maryland to block President Donald Trump’s revised executive order that barred U.S. entry for travelers from Iran, Libya, Somalia, Sudan, Syria and Yemen. “It’s a scary moment,” says Baron, who is president of the 3,000-member nonprofit dedicated to studying the Middle East and promoting education about the region. “At MESA we advocate for academic freedom and Middle Eastern studies at a time of massive violence and displacement in the region and, more recently, at a time of challenges within the United States.”

This isn’t the first fight Baron has led. At Dartmouth in the mid-1970s she was part of the group of women who proposed an early alternative to the song, “Men of Dartmouth.” “Ours was not the version that became the new version, but it is the one that sparked the school to change the alma mater,” she says. She also played soccer on the women’s club and varsity teams. Later, she coached her daughters. Her years on the field and the sidelines helped her decide to join the travel ban lawsuit. “The best defense is a good offense,” says Baron. The judge granted the motion, and the federal government subsequently appealed the decision. The Fourth Circuit Court of Appeals ruled 10-3 against the travel ban on May 25. The case now heads to the U.S. Supreme Court.

After studying history with legendary Dartmouth professor Gene Garthwaite, Baron earned a master’s from the University of London School of Oriental and African Studies, then a Ph.D. in history from UCLA. A history professor at City University of New York Graduate Center, she also directs its Middle East & Middle Eastern American Center.