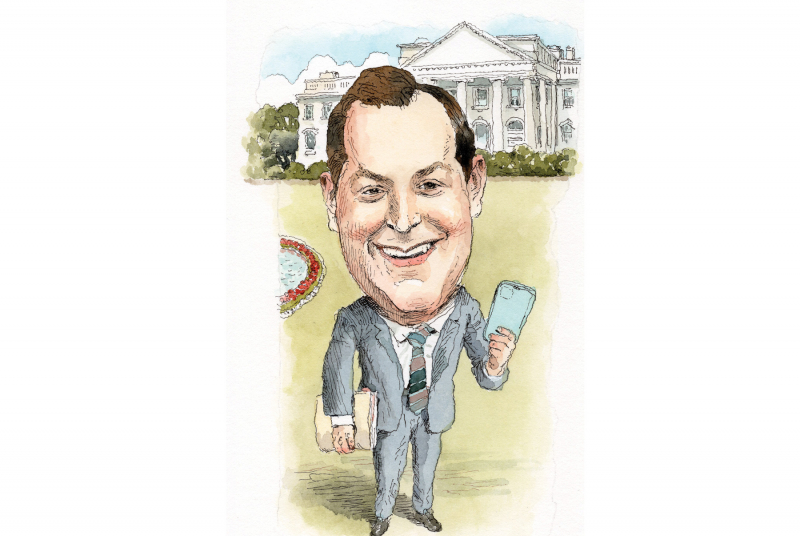 “I’m a big sports fan, so working on the New York Daily News sports desk after college seemed like the greatest thing ever, professionally. I hated it. The hours were horrible, and I couldn’t be a fan.”

“As press secretary for the Center for Public Integrity, I wasn’t doing journalism—I was writing about journalism. I missed the thrill of unearthing new data and finding a good story and seeing it get attention. That’s when I decided what I wanted to do with my life.”

“After I got called on to ask President Obama a question, I could hear chatter among TV and print journalists who thought it was ridiculous to call on an online reporter from a non-mainstream outlet. There was petty resentment focused on the optics, not the substance. That lasted a while.”

“As prestigious as it is, the White House can often be a lonely beat. You’re in a room with a wall dividing the journalists and the policymakers. Everyone is competing to find out what the people on the other side are doing. It’s not like Congress, where you can ask a question of a lawmaker walking by.”

“I’m grateful cable has print journalists answering questions on air. We should be upfront about what we know and what we don’t know. We can’t be in the business of just presenting sides and saying, ‘You decide which one is true.’ We have to acknowledge facts: The world is not flat, climate change is real, the election was not stolen. Is that opinionated? No. It’s honest.”

“I regularly reach out to my critics. I’m curious what they’ll say when not hiding behind the anonymity of Twitter.”

“I don’t put a lot of personal stuff out on Twitter, but if people see me as a human being rather than an avatar for journalism, they can have more faith in my reporting. Twitter can be a fantastic news source and a great place to get tips and talk to sources.”

“Journalists who work in Washington have to ask themselves how its insularity affects their coverage. I admit, at times, it’s impacted me. But the longer I’ve worked here, the less I worry about offending someone.”

“I tell my reporters it can be good to kick someone in the teeth. People will respect you more if they know you’re not going to hold back. You need to be upfront about that.”

“I have immense empathy for people who are in bad straits. When [former Trump spokesperson] Anthony Scaramucci was fired and publicly humiliated, I tweeted that it was sad, not funny. A lot of people took issue. I’ve just always had a soft spot for losers because everyone has lost in life. Me too.”

“I am incredibly invested in parenting. I want to be a good dad. When I took the Politico job, I told them, ‘I’ll be up all night working, but I need to be home and off my computer between 6 and 8 p.m.’ That seems like the pretty bare minimum.”

“I want to do a show combining politics with food. Every week I’d visit a different congressional district with its representative and go to their favorite restaurant. We’d talk about the district and its food, then watch the chef. Next we’d sit down, eat the meal, and talk about what’s happening in the world. We’d have a conversation that could bring substantive discussions to a broader audience.”