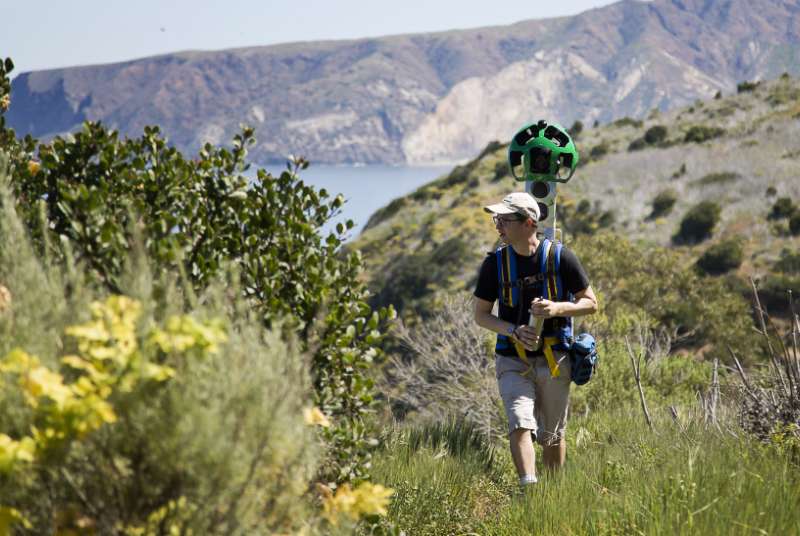 Klausmeyer grew up romping around his family’s 25-acre farm in rural Maine. He and his father would often walk to nearby Toddy Pond, taking a path past an old maple they nicknamed the wishing tree. “One day there was a big red ‘X’ on the tree. A couple weeks later, logging trucks destroyed our path and cut down the wishing tree,” says Klausmeyer, who was 5 at the time. “Even something so old, majestic and beautiful can just be removed. That was what started my interest in environmental protection and conservation.”

As the senior spatial data scientist at the Nature Conservancy’s California chapter, Klausmeyer spends much of his time applying emerging technology to conservation challenges. He has studied the impact of California’s recent five-year drought by tracking how groundwater supports different habitats. “Some trees are able to live without rain because they can access the groundwater,” he says. “During a drought there’s no rain and people pump the groundwater, so the levels drop. We were able to see where entire forests along these river channels died all at once because the groundwater dropped all at once.”

He also uses Google Earth Engine—a catalog of satellite imagery and geospatial data—most recently to track the creation of a forest that supports endangered species in southern California. “Basically, the forest didn’t exist,” says Klausmeyer. “Then, due to water releases from a treatment plant, the forest just grew in 1994.” His findings are prompting officials to reconsider a proposal to redirect that water to nearby farmers. “By being able to point out that this environment depends on this water source, we can now advocate and say, ‘Can we do this in a way that isn’t going to drastically affect the forest?’ ”