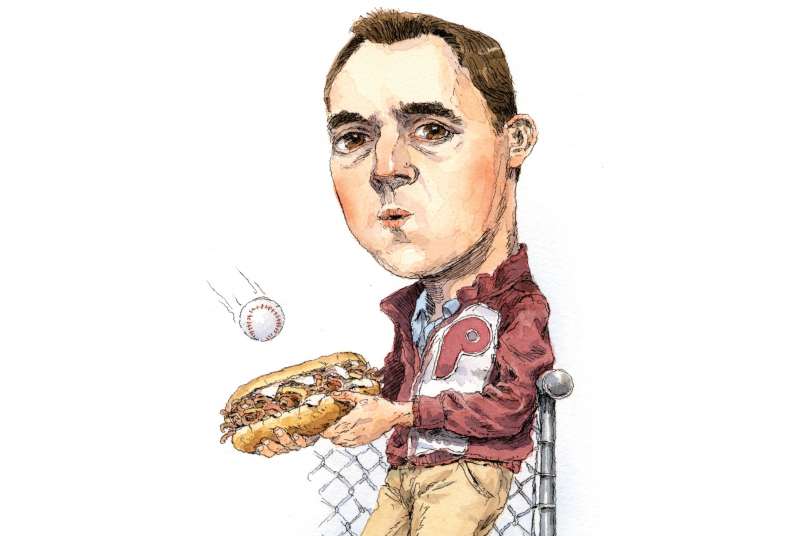 The GM of the Philadelphia Phillies takes us around the horn.
Lisa Furlong | Jul - Aug 2018

“The narrative that I’m a big sabermetrics guy is a bit overblown. It’s convenient because I’m an economics major from Dartmouth, and the Phillies had been ridiculed for years for failing to embrace analytics before I arrived, but I believe in a more balanced approach.”

“We can track everything that takes place on a field and quantify that by player, but we can’t make decisions in that vacuum. A player’s health, his style of play, what kind of teammate he is—those are important factors too.”

“There are a lot of players in the hall of fame who were not A+ human beings. We’re not going to shy away from talent like that, but if we go that route, we need to make sure we are supporting that player and our team with the right surroundings to achieve team success.”

“If we’re doing our management jobs correctly, we’re placing our players in an environment that allows them to be the best they can be. That means giving them the best medical care, the most nutritious food, the most effective scouting information—making them feel comfortable and as prepared as possible, encouraging them to be loose and play with confidence.”

“I have daily communication with our manager, our staff, and our players, but a manager has to have the autonomy to make decisions, from who’s in the lineup on any given day to what reliever he’s going to call up in the seventh inning.”

“I was blessed to have a lot of really good coaches. At Dartmouth, coach Bob Whalen teaches his players the importance of routine, discipline, and balance. Those were important life lessons.”

“I give Commissioner [Rob] Manfred and his group a lot of credit for trying to move the game forward with rules addressing pace of play. If fans want more action and quicker games, and if young fans want to engage with their smartphones during games, we need to create content that allows them to enjoy the game in their own ways while still preserving the history of the game and the nuances that make it great.”

“The most exciting play in baseball is a ball hit into the gap, and there’s going to be a play at the plate, and here comes the throw. Is he safe or out? As the game evolves, that type of play is happening less and less.”

“More so now than ever, at-bats are ending in a strike out, walk, or home run. From a strategy perspective, we’re trying to create rosters that do exactly that, but I understand that from a fan perspective a lack of action can be boring.”

“I try not to eat too much stadium food, but it’s cool when stadiums reflect the culinary uniqueness of their cities: Old Bay spice on food at Camden Yards, Legal Seafood at Fenway, sushi at Angel Stadium, and cheesesteaks here in Philly.”

“I was lucky to have my parents’ support to pursue a career doing something I loved. I realize not everyone has that luxury and that I have been very fortunate.”

“The baseball season will consume you if you let it. There are a lot of late nights and days on the road. Finding a balance is critical to achieving a healthy lifestyle.”