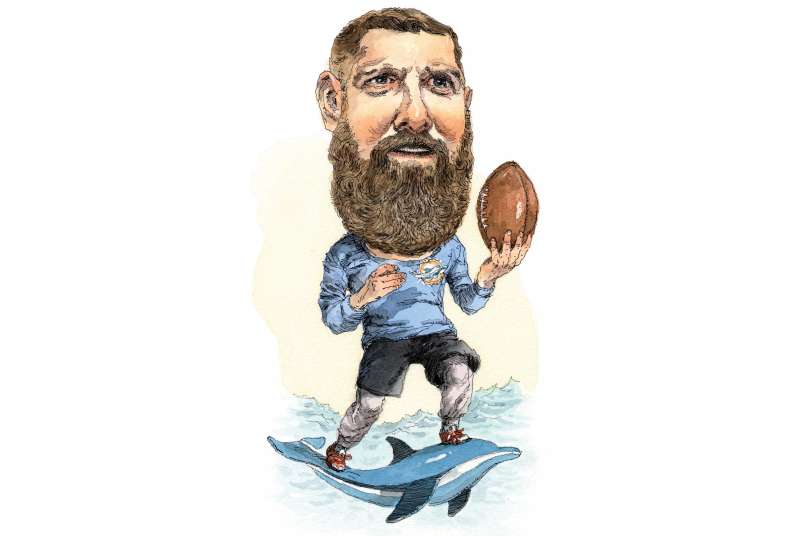 “My lasting memory of Dartmouth football is having Princeton come from behind to tie us in the last game of my sophomore year season. That cost us a share of the Ivy title, but I believe it fueled our 10-0 season the next year. Sometimes you remember the painful moments as much as the good ones.”

“I tell our players that if we learn from them, mistakes are fine, but repeat mistakes aren’t.”

“I’m not a yeller just to yell. I’m more of a calm, educator type, but I am capable of throwing things or using profanity—especially on game days, when things get ramped up.”

“There are different cultures across the NFL, which stem from owners’ visions of their organizations. Roster construction reflects values. When you look at the most successful organizations you see that players are happy to fit into the team’s culture instead of the other way around.”

“I’ve been fortunate to come into organizations at different times, whether rebuilding or well established. It’s been fascinating to watch the different head coaches. The old-school way of doing things is changing and [Dolphins coach] Adam Gase, who is younger than I am, has probably the best relationships with players I’ve seen. He’s very engaging, really involved, very upbeat.”

“One of the things I love about my job is the wide cross section of people I deal with. It’s a challenge to relay the same message to a kid from South L.A. and a kid from Iowa.”

“In one locker room I used to organize a pool of sorts using players’ former colleges’ games. I’d include the Dartmouth game of the week and get crap like, ‘Bucknell has a football team?’ ”

“Players are becoming more educated about the pitfalls of poor behavior. The spotlight is on them all the time, so some knuckle-head decisions are less common than in the past. I tell young players to be mindful of social media. When I was in college I might have done some dumb things that were captured in photos, but they’re in albums stuffed in a closet.”

“I’m always concerned about brain-injury issues. I care for the players I work with, and I’ve kept in touch with some of them about that. I’ve had the hard conversations when I’ve told a few that maybe they should retire. A lot more attention is being paid.”

“There’s really no NFL rule I would change. I have no problem with them relaxing the celebration rule, but I’m not big on showboating.”

“I love the feeling of the unknown. I’ve made flights to countries with no plans just to see what would happen. That’s led to bungee jumping, climbing mountains, skydiving and safaris. The Dolphins organization probably wishes I preferred bowling.”

“I’m proud of earning whatever I’ve achieved on the basis of hard work. If you’re thinking about your next job you’re not doing a good enough one in the job you’re in.”