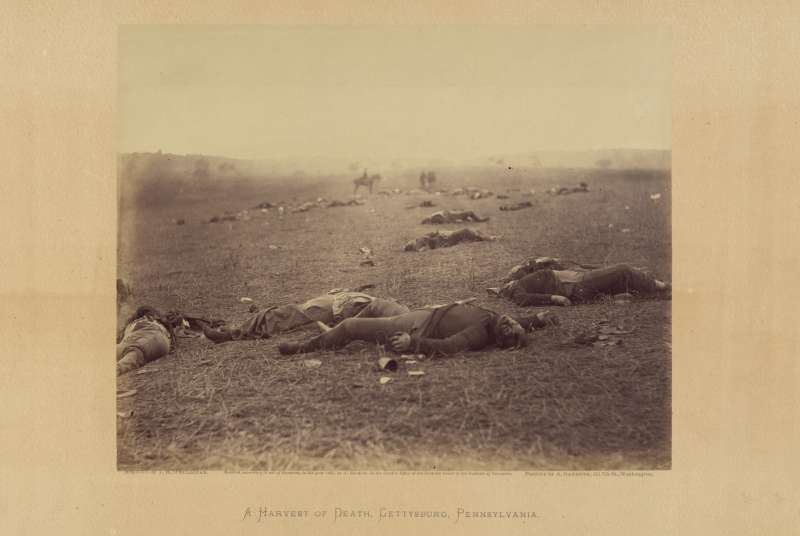 The Art of War

“As mementos of the fearful struggle through which the country has just passed, it is confidently hoped that the following pages will possess an enduring interest.” So wrote Civil War photographer Alexander Gardner in the preface to his two-volume 1866 collection of 100 photographs, Gardner’s Photographic Sketch Book of the War.

The book was a bust. The public winced at its $150 cost (about $2,200 in today’s dollars), and most of the 200 printed copies went unsold. In 1869 Gardner, a Scottish immigrant and protégé of the war’s best-known photographer, Matthew Brady, offered to sell his negatives to the U.S. Congress. Again, no interest.

But true to Gardner’s hopes, his photographs have endured. The Library of Congress finally came to its senses and purchased a stash of Gardner’s negatives in 1942. His iconic images—“the most extensive collection of Civil War photography that exists,” according to Bob Zeller, cofounder of the Center for Civil War Photography in Washington, D.C.—now define the great American conflict.

Last spring the College purchased one of the original Sketch Books. Students can carefully examine the volumes up close at Rauner Library. This winter a course called “The Arts of War” used the book, along with other works, to delve into such questions as, can the experience of war be communicated artistically? Should it be? To what extent can art intervene in war? Is art central to the understanding of the historical experience of war? 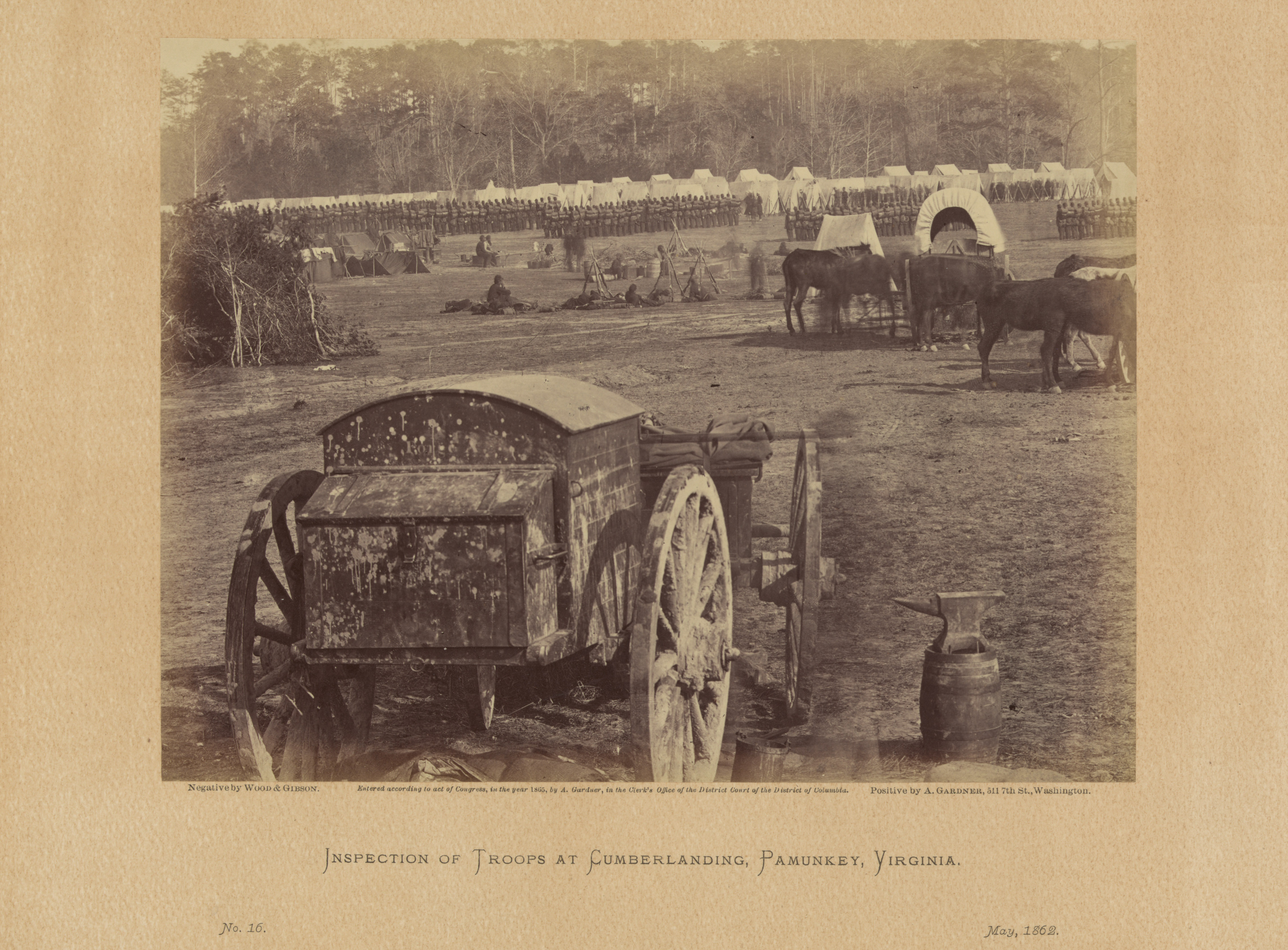 Art history professor Katie Hornstein co-taught the cross-disciplinary class with English professor Colleen Glenney Boggs and theater professor Laura Edmondson. “The Civil War constituted a major shift in terms of asking the public to come to terms with the human cost of war,” says Hornstein. “We ask students to contend with these shifting sensibilities.” The photos are not “snapshots,” she adds, and the course delved into how Gardner labored to capture and compose his images, deciding “what to include and what to leave out.” (He rearranged corpses for some of his photos, a standard practice in those early days of photography.) The sketchbooks marked the first time the public viewed images of dead American soldiers.

The professors also guided students through less graphic photos of landscapes, military personnel and the ruins of cities such as Richmond, Virginia, as well as the captions for each photo, which were most likely written by Gardner. Many historians consider his blend of text and imagery the earliest example of what may be his most lasting legacy: the birth of photojournalism. 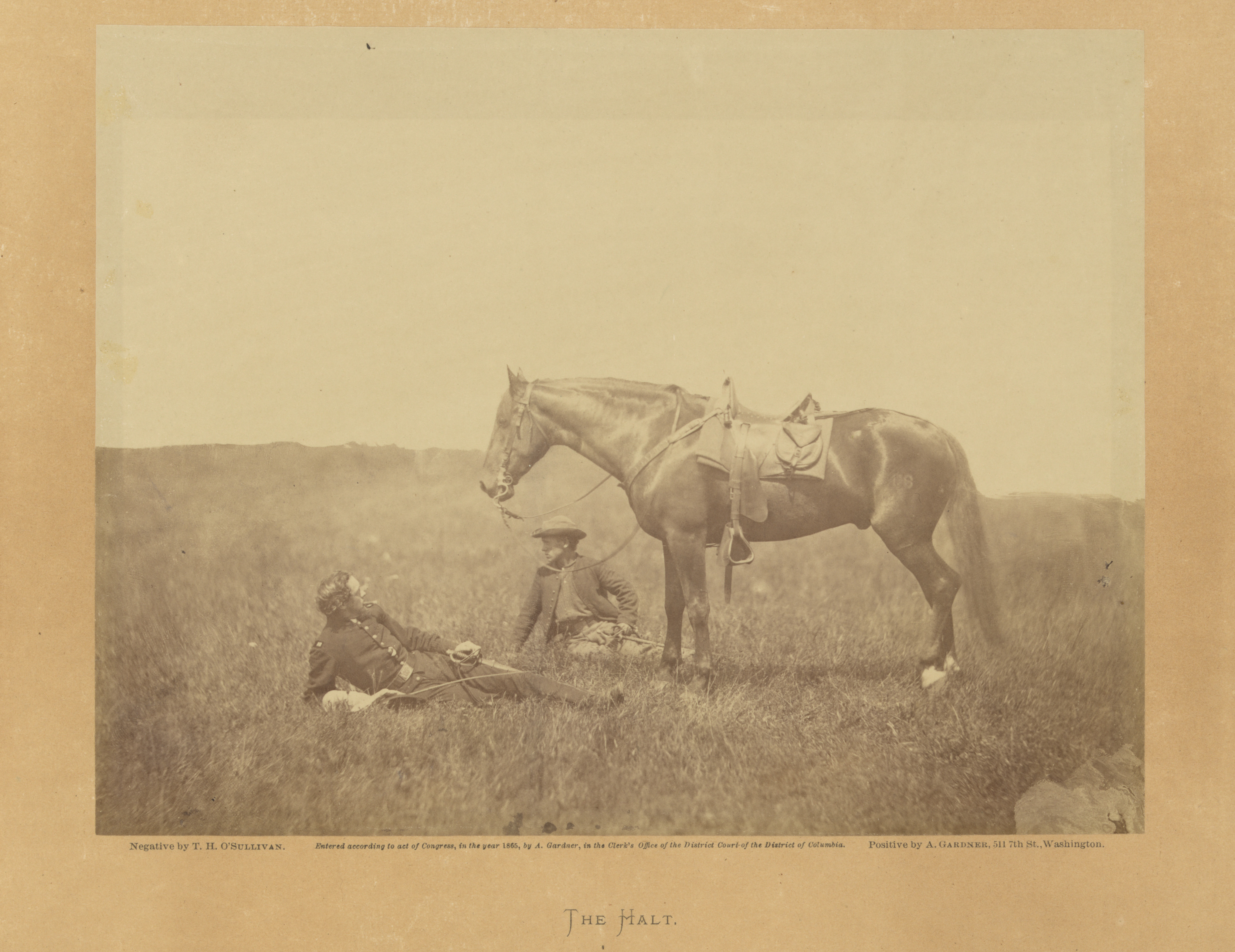 HOW THE COLLEGE GOT THE GOODS

Special collections librarian Jay Satterfield had a hunch. He’d been flipping through a catalog of the William Reese Co., a rare book dealer in New Haver, Connecticut, when he came across a listing for Gardner’s Sketch Book. “This would be perfect for us,” he thought. But, glancing at the $200,000 price, he became dispirited and turned the page. Then Satterfield recalled a bequest for special acquisitions that had been made by Hans Penner, a former religion professor and dean of the faculty during the early 1980s.

“Hey, wait,” thought Satterfield. “This is exactly what Penner had in mind a high-impact item we wouldn’t normally be able to afford.” His next move was to ask faculty and colleagues what they thought of the potential purchase. The overwhelming response assured him the cost was well worth it. “This is the kind of thing that will impact Dartmouth students for generations to come,” Satterfield says. Adds English professor Colleen Glenney Boggs: “The value of this acquisition for our teacher-scholar institution is immeasurable.”

View a slideshow of images from Gardner’s Sketch Book