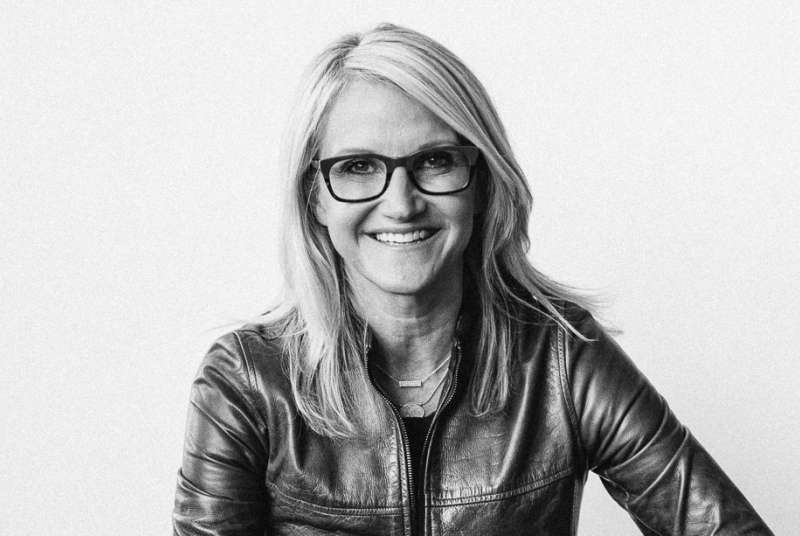 Photo by Matt McMonagle
Voices in the Wilderness

Motivational speaker Mel Robbins ’90 insists everyone can make big changes if they act on the impulse.
Heather Salerno | Jan - Feb 2018

As the new kid in fourth grade, Robbins was picked last for playground teams. The incident left a mark. “It occurred to me that in life you can either be the one doing the picking, or you can stand around and wait to be picked,” she says. That attitude has helped Robbins become a motivational speaker sought out by the world’s biggest corporations as well as private individuals to stimulate change and boost personal and professional growth. Her weekly newsletter has more than 200,000 readers and her 2011 TEDx talk “How to Stop Screwing Yourself Over” has been viewed more than 10 million times. Her latest book, The 5 Second Rule: Transform Your Life, Work, and Confidence with Everyday Courage, has placed her among Amazon’s most popular self-help authors, and in January she plans to launch an advice talk show with Audible.

Robbins says she hasn’t always been so self-assured. “I’ve come to believe confidence is nothing more than willingness to try,” she says. “And I’ve become the kind of person willing to try just about anything.” Her career path has had its detours. A history, film and women’s studies major, Robbins started as a public defender in New York City before moving to Boston. After a couple of other jobs left her uninspired, Robbins hired a life coach who told her what she should be: a life coach. “At first I was like, that’s the dumbest thing I’ve ever heard,” she laughs. But Robbins was good at helping others figure out solutions to complex problems. Soon she attracted clients such as executives from Johnson & Johnson and Wells Fargo. “The mistake most of us make is that we think in order to change anything, we’ve got to blow everything up,” she says. “At the heart of innovation is a small decision somebody makes to change something. Those small decisions add up.”

In 2008, after hosting a short-lived Sirius radio show, Robbins shuttered her private coaching business and signed a deal to mentor office workers on a new Fox reality show. By the time the first episode taped, the show had changed—producers now wanted Robbins to fire people “from real jobs on national TV,” she says. Robbins tried to quit and was told she’d be sued. The show never aired, but she couldn’t work on air elsewhere until her contract expired. At 41, she was unemployed with three children, her husband’s restaurant business was failing, their marriage was disintegrating, and she was drinking too much. “It was a really dark period,” she says.

Then one night Robbins saw a TV commercial featuring a rocket ship launch, which inspired her “five-second rule.” She decided the moment she had a goal-related instinct, she’d do her own five-second countdown and then act on the impulse. “Just like NASA does,” she says. “Slowly but surely I turned my entire life around.” Robbins began cold calling for radio auditions and landed a show with Cox Media Group that won a 2014 Gracie Award. CNN hired her as a legal analyst and commentator. She also started booking speeches at companies such as Microsoft and J.P. Morgan Chase; in 2016 she gave 121 talks around the country. “There’s a lot of talk about change, but there are not a lot of tools,” she says. “I’m not a ‘why’ speaker. I’m a ‘how’ speaker.”

Robbins recently cut back her travel a little and launched a series of online workshops, with more than 2,000 people registering for her first, “The Power of You.” “It’s the personal stories that energize me,” she says. “It’s seeing the small impact you can have on somebody’s day.”