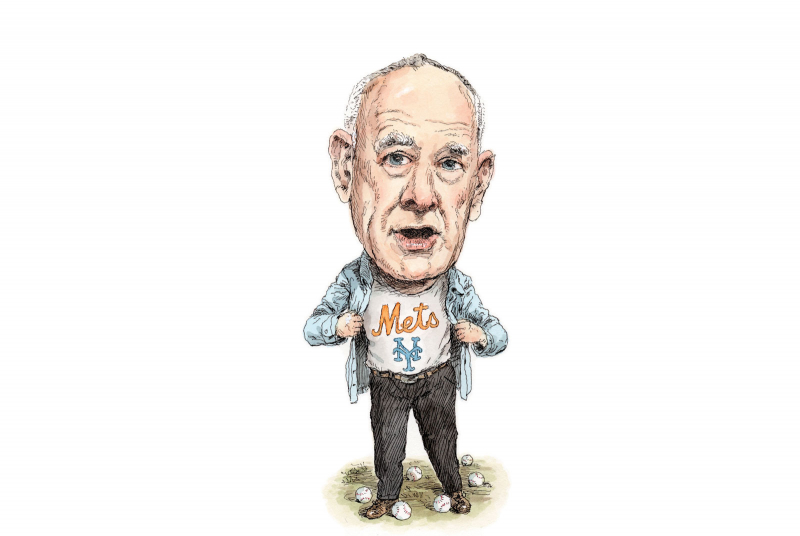 “I’ve never had a grand plan. What has always motivated me has been trying to be as good as I could be at what I was doing, not to think, ‘What’s next?’ When I went to the A’s as general counsel, I didn’t think beyond that.”

“The importance given to data in baseball was inevitable. I don’t feel personally responsible for that. I do feel responsible for helping to restore some of the interest in the game that predated that.”

“You’re not going to take analytics out of any enterprise these days. What we need to do in baseball is change the playing rules and reset the analytics. I’d like to outlaw the shift, for example, that puts more infielders on one side of the infield and has changed the nature of the game and the players. Players in some positions don’t have  to be as athletic as they once were.”

“There’s data collection, there’s data interpretation, and then there’s implementation. A lot of variability comes from the human element, whether mental attitude, injury, or motivation. That’s where the manager comes into play. Managing players six days a week instead of once a week as in football requires a special relationship—and the ability to distill and convey information in a way that motivates a player and makes him more than an instrument of the front office.”

“We should bring back arguments between the managers and the umpires, which lead to emotional outbursts everybody enjoys. I had a manager back in the 1980s who refused to argue anything because he knew that wouldn’t change a call. I explained to him that wasn’t the point: It was to rally the fans and players. I told him to go home and practice in front of a mirror, then pick a game when he’d argue and get thrown out. He never did. It was very disappointing.”

“When it comes to hall of fame candidates with asterisks, I’ve had a few of them: José Canseco, Mark McGwire are two. Violations need to be taken into account, but there have always been performance enhancers in baseball. Gaylord Perry is in the hall because he threw a spitball, which was a violation and could be labeled ‘performance enhancing.’ It will never be entirely clear who used and who didn’t.”

“When considering the acquisition of a player, you have to weigh any personal issues against talent. Are there situations where talent overrides everything else? No. That might have been true 25 years ago. It’s not true today, nor should it be.”

“I enjoy spending time with people who make things work behind the scenes, making sure they know how important they are.”

“Baseball helped me put my cancer into perspective. I’ve learned there are things you can control and things you can’t control. You just have to put yourself in a place where you have the greatest probability of success.”

“My favorite baseball movie? I have to say Major League—to remind myself, as I remind others, that baseball is entertainment and needs to be fun.”