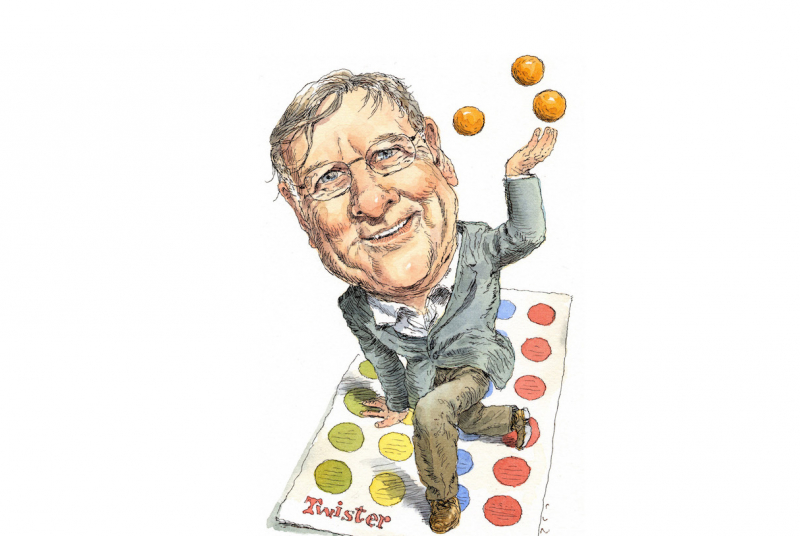 Notable: Best known for his role in developing Twister (1967) and the Nerf Ball (1969); cofounder of Grammy-winning Wrensong Entertainment and Winsor Learning, which trains teachers to work with struggling readers; coauthor, with Tim Walsh, of Right Brain Red (River Grove Books, 2016)

“A few years after college I began to realize I wasn’t as dumb as I thought I was. Then, after I learned that I was dyslexic, I began to understand why strategy and creative thinking came naturally. I’d be in meetings and wonder why everyone else was taking so long to get where we were going. I had to get off a bunch of boards because the meetings were agony.”

“A lot of creativity gets squished in various corporate cultures, because we are competitive, as well as creative. If someone else comes up with something good, oftentimes that good idea is either rejected, modified into mush, or appropriated.”

“I’ve always felt I was creative. When I was 8 or 9 I redesigned the Monopoly board to have more routes to hit the jackpot.”

“Everyone is almost equally creative. People are attempting to do unique and good things with the jobs they have. Each of us is looking to add value or give back. Kids who grow up in the most disadvantaged circumstances are being creative when they figure out ways to survive.”

“Before Twister, there weren’t any games where people were the players, and you got on the floor to play it. It allowed people to break social norms. Before Nerf, the rules prohibited throwing balls in the house.”

“Countless people have come up to me with stories about Twister. Most of them will thank me for the fun they’ve had. One guy thanked me for helping him lose his virginity as a teenager. One woman, when asked if she’d ever played the game, turned beet red and confessed, ‘Never with my clothes on.’ ”

“My team and I talked ourselves out of creating a game that would have been a lot like Trivial Pursuit. We thought it involved too many cards and would be too expensive to produce.”

“We came up with the Nerf Ball only because we allowed ourselves to keep working on what we knew was a lousy idea for a game. We started throwing around gray packing-foam pieces that were supposed to be rocks. Then we started asking ‘what happens if’ we shape them into balls by trimming them with scissors. We agreed not to dismiss or attack the original idea as bad but to keep working it through.”

“I don’t think anyone will know if they’re an entrepreneur until they’ve decided to put their own money on a concept and risked their family’s future on its success.”

“The thing I’m proudest of is facilitating the teaching of struggling readers. Winsor Learning has worked with more than 3,000 school districts and trained more than 43,000 teachers. Hundreds of thousands of kids are being brought up to perform at their grade level or better. We saw an opportunity to build a product that helps teachers be effective multisensory reading teachers without extensive training. We did something different and we believed in it.”