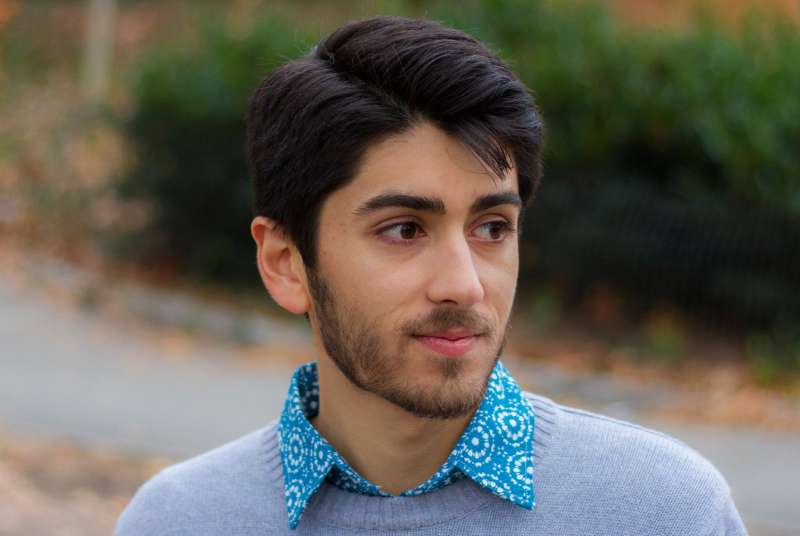 Filmmaker Alex Stockton ’15 invites audiences to walk in the shoes of an undocumented immigrant in his full-length feature, Transient.
Interview by James Napoli | Jul - Aug 2017 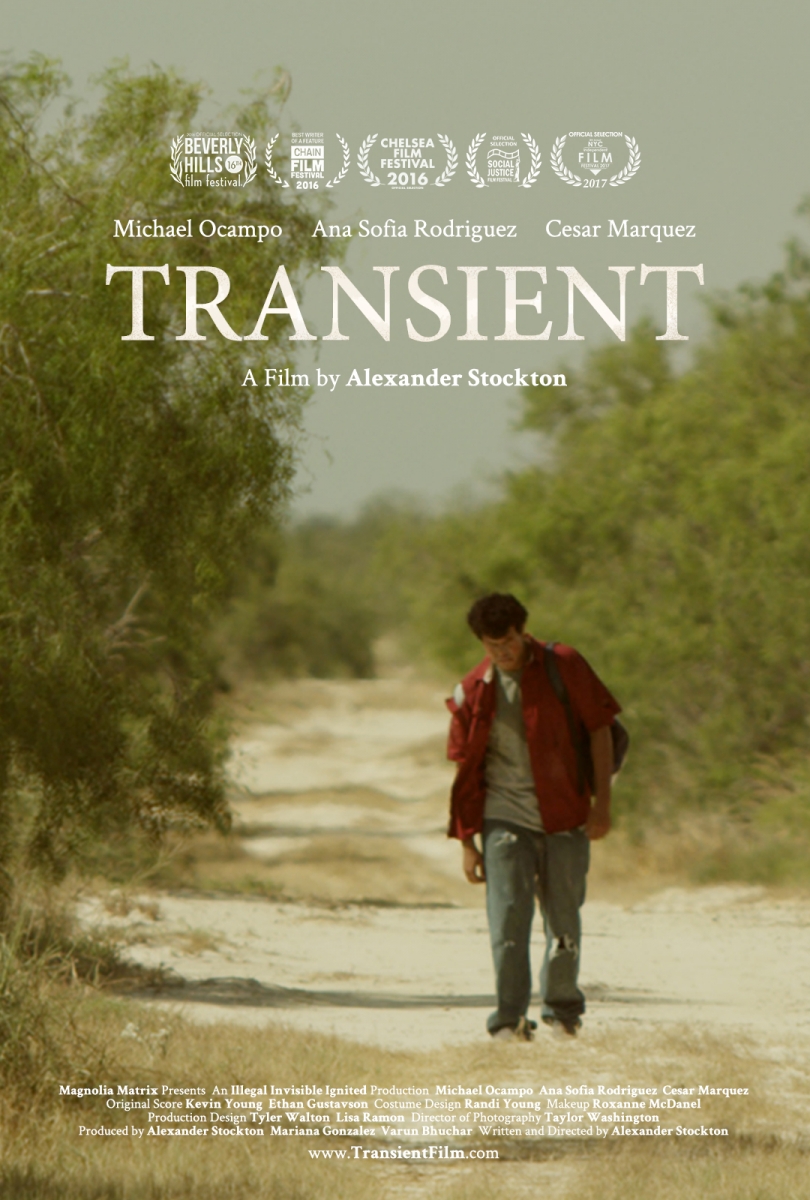 As an undergrad, Alex Stockton ’15 traveled to Texas during an off-term to shoot his first feature-length fiction film, Transient. The movie premiered in 2016 and has since screened at festivals around the country. It’s now available to stream online at Seed & Spark and Vimeo. We spoke with Stockton about the development of Transient, his commitment to socially conscious art and the DAM article that helped shape his path as a filmmaker.

Can you share a synopsis of Transient?
Transient is about an undocumented immigrant named Franky DeLuna who gets deported from the only home he’s ever known. He goes on a journey, both physically and emotionally, to return home and to understand his identity.

How did you develop the idea for the story?
I grew up in a small border town in South Texas, and some of my close friends are undocumented. When I started the process of making this film, I didn’t know what it would be about. I wrote the outline for one script that was really terrible but had one interesting character, so I pivoted to make Franky the lead and developed the story around him. I did a lot of research on the topic of undocumented immigrants and asked my friends about their stories.

You edited Transient as an honors project during your senior year. Did anyone at Dartmouth have a major influence on the film?
[Film and Media Studies] Professor Jeff Ruoff was my advisor and watched all the terrible early cuts. He helped critique and shape it. My writing seminar professor, Kevin McCarthy, gave notes on the first draft of the screenplay that were monumental to helping me do re-writes. We also did the majority of the Foley—the sound—at Dartmouth. I’d wake up at 5 a.m., before the Visual Arts Center was busy, to recreate footsteps and other sounds in one of the studios there.

Originally I worried I made the wrong decision to go to a liberal arts college instead of a film school like UT Austin, where a lot of my friends went. After I was accepted to Dartmouth I received a copy of DAM. The issue had an article about Rashaad Ernesto Green ’00 [“Newsmakers,” Mar/Apr 2011], who directed the feature film Gun Hill Road that had just played at Sundance. The article made me feel like I was making the right choice. I cut it out and pasted it into my film journal. Rashaad’s film changed my life, and he later became my mentor.

What did you learn from working with him?
I read scripts for Rashaad. He’d get tons of bad scripts, and it was insightful to read them, but it was also a good experience to talk through them with him and to see that process. Are there any other directors who’ve shaped your approach to filmmaking?
I remember reading Robert Rodriguez’s Rebel Without a Crew in high school. He describes how you don’t have to become a filmmaker, you just make something and you are a filmmaker. That helped me realize that I may be in this small town in Texas, but I’m still a filmmaker and need to be making films. I had a lot of resources come together to make Transient, but had I not had the kind of spirit Rodriguez instilled in me it would have been impossible.

In terms of time and financial constraints, what were some of the trade-offs that you had to make?
It was such a big production that there wasn’t enough time to review dailies at the end of the day. We’d often focus on one scene and quickly move on to the next one, and I think in doing that I missed an opportunity to be more concerned about sequences and how to bridge scenes and carry emotion between them. Stockton (right) plans out shots with director of photography Taylor Washington on the set of Transient. (Courtesy Patrick Rusk)

Why did you decide to tackle immigration in your first feature film?
I’ve always been interested in socially conscious filmmaking, in making films that matter and that influence audiences for the better. People go into a film with a very open mind in a way they don’t go into a discussion. They are able to be moved by a film. As a filmmaker, you have a responsibility to understand that and use it for good.

I wanted people to leave screenings having empathized with Franky, an undocumented immigrant. The film ends with a cliffhanger because I wanted people to debate Franky’s fate and to care about what happens to him when the credits roll. A lot of film critics and filmmakers really like anti-heroes and complicated characters, but I’ve always been excited by more traditional heroes. What if you have a perfect character, but in an impossible situation? That’s part of what I tried to do with Transient, in that Franky is a truly amazing human, and it’s not his flaws that are the problem but the flawed immigration system that’s the impediment he has to overcome.

What are you working on next?
I’m the editor for the graphics department of Vice News Tonight on HBO. Every morning before work, I go to a coffee shop and write. I want to make another feature at some point in the next few years. One of the scripts I write at the coffee shop will be that feature.