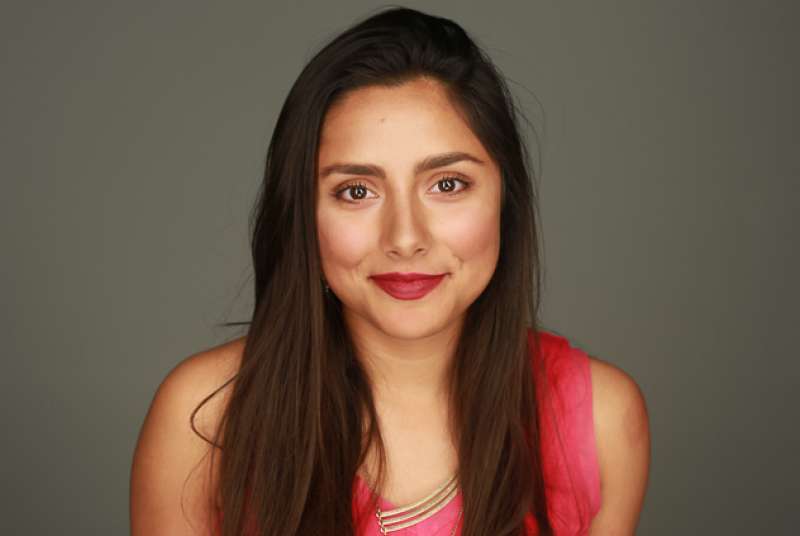 What do you enjoy most about working at BuzzFeed?
I am honored to be surrounded by people who want to make a positive difference in someone else’s life, whether it’s making them laugh or making them feel included or taking a stand on an issue. I think a lot of people might look at Internet video and think it’s silly, but with each video we are trying to test something, learn something new and challenge the way people think about entertainment. Our audience is so big and diverse that we can really make a difference.

Some of the videos you’ve produced have a sharp critical edge, particularly around issues of race, gender and sexuality. What do you hope to accomplish with your work?
I love making videos that hit people emotionally and inspire them to think critically about a subject they thought they might have known very well. A good example would be a video I did last summer called “People of Color Recreate Iconic Movie Posters.” We had been talking at the office about racial diversity in Hollywood and entertainment—this was around the time that Emma Stone was cast as an Asian woman in Aloha. As a response, I looked through a bunch of film scripts that didn’t mention anything in particular about a person’s race, and I started to wonder what it would look like if movie posters featured different types of people.

What sort of reception did that video get?
It was a divided response. Half the responses were like, “Just let people cast movies the way they want.” The other half were like, “This is really interesting. This is a different way of thinking.”

How much creative control do you have over your content?
At BuzzFeed, you are largely in control of the work that you do, unlike traditional entertainment companies, where the work is divided into directors, producers, writers, actors and editors. I’m responsible for all of that—I come up with the idea, I write it, I shoot it, I edit it and then I get it ready to upload to YouTube. BuzzFeed’s philosophy is that if you are responsible for all parts of production, then you will choose projects that you’re extremely passionate about and that will lead to better videos. And, we hope, other people will also be passionate about your work and share it. We have a certain quota of videos we have to meet and, of course, I work on a team that gives me critiques and suggestions.

Your videos have been viewed millions of times. How do you manage the massive amount of feedback from online commenters?
It’s an incredible feeling to release a video and then receive messages from people saying, “I really needed this video today” or “Thank you for making this—I’ve never seen someone who looks like me in a BuzzFeed video.” To be completely honest, in terms of the haters and trolls, I don’t read the YouTube comments. Everyone at BuzzFeed learns that you can’t always trust the commenters. You have to be confident in your work and you can’t let some 13-year-old boy who is probably on his computer in his closet ruin your day. I’m so thankful that the majority of the comments I do receive are very positive. It’s overwhelming, but it’s a blessing.

How did your “Car Vs. Bike” video come about?
A stunt driver named Andy Bell wanted to do a video with BuzzFeed, so we brainstormed some ideas with him. We looked at cool videos involving stunt drivers that have done well on YouTube and I just got this idea, “What if we actually tested to see whether a car or a bike can get somewhere faster in Los Angeles?” And then the team said, “Okay, Michelle. You do it.”

How did you prepare for the race?
Safety was our number one concern, so there was a lot of planning that went into the route. We chose one that had very few stoplights. I did some practice runs and I was just training as usual to be fit for the race. That was right when I signed with a pro team, so I was trying to get in shape anyway.

Did you expect to beat the Ferrari?
We chose a route and a time of day so that it would end up being as equal as possible. I had no idea what the traffic was going to be like for him. It could have been a completely clear day, in which case he probably would have won.

When did you start cycling?
When I came to Los Angeles to do an internship at DreamWorks during my junior year, I didn’t have any friends and I really missed Dartmouth. It was a good time to try something completely new, so I got a bike and started going to a training group that did rides around the city. It was the hardest thing I’ve ever done, but I got hooked. When I came back to Dartmouth I immediately joined the cycling team.

How long was it between the time when you started riding in Los Angeles to when you became a U23 national champion?
A year and a half.

How often were you training?
I was riding hard four days a week and lifting one day a week, then doing a recovery ride on a different day. It was very intense.

Prior to BuzzFeed, you had a YouTube video series called “Helmet Head.” Where did the idea for that series come from?
My little sister really encouraged me, “If you want to do entertainment, you should make a YouTube channel. And you should do it about something that nobody else can do: cycling comedy.” She filmed the videos and we would edit them together. We learned so much about how to make a video. “Helmet Head” definitely helped me get a job at BuzzFeed.

Were you a big film buff as a kid?
I’m from a small town in Louisiana and my family would go to the movies every weekend, probably because there was nothing else to do. I was always doing school plays, but I didn’t start making videos until I took “Film 1” at Dartmouth.

How did Dartmouth shape your career path?
Lorie Loeb’s modeling and animation classes and Peter Robbie’s design thinking course inspired me to design my own major: digital media and technology. Professor Loeb really fostered a new environment at Dartmouth that combined computer science, arts, film and interdisciplinary studies. I loved the blend of left- and right-brain thinking—the creative side as well as the analytical computer science side. I also spent half my junior year and a quarter of my senior year in Los Angeles studying and working in entertainment.

What projects are you currently working on?
I just got back from a trip to work with BuzzFeed India. We shot 14 videos in 14 days. We were working with these incredible stylists and the videos involved authentic costumes from all around the country. It was also a life-changing experience. It’s half my genetics—my dad is an immigrant from India—but I’d never been to the country before. The trip gave me an understanding of a part of myself that I’d never fully understood before. I was also there for my grandfather’s funeral. It really brought things full circle for me.