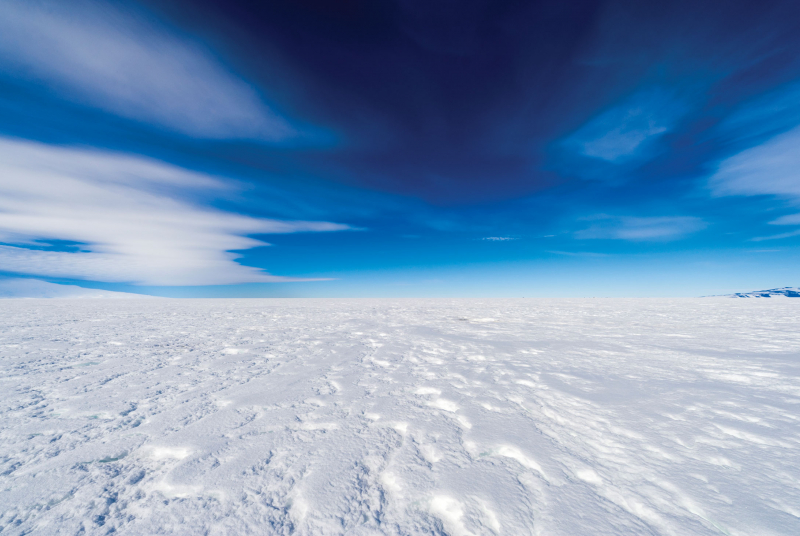 Albert is one of the elite scientists who travel to the planet’s coldest regions to obtain samples of ancient ice. As executive director of the U.S. Ice Drilling Program since 2010, she oversees the long-term plans of all American scientists who study ice cores. She’s also leading Dartmouth Engineering’s participation in the new National Science Foundation Center for Oldest Ice Exploration, a collaboration to find the oldest ice in the world. Here Albert explains why that matters.

Why We Drill
We study the deepest ice cores to learn about climate. Ice cores are drilled in places where the snow piles up for thousands or hundreds of thousands of years. We’re drilling back through time, similar to the way you would look at tree rings. Ice cores contain the chemistry and the isotopic composition of the ice, which was once snow. The water isotopes in the snow are indicative of temperature. As it falls from the clouds, snow gathers atmos-pheric composition. If an ice core is drilled in a place that is within air circulation of the coast, it might have more sea salt in it than an ice core that’s drilled in the center of Antarctica, hundreds of miles from the coast.

Ancient Air
With every fresh layer of snowfall, the older snow beneath it becomes compressed. Once the air between the ice crystals in the snow becomes trapped and compressed, it becomes bubbles. Those are actual bubbles of ancient air, and it’s the only natural archive of the air itself. It’s not a proxy, it’s not something that varied along with the air, it is actual samples of the air. We can look at the gas composition of those bubbles to tell what was in the atmosphere at that time.

Herculean Effort
We have an ice core that we’re going to start drilling in Antarctica in several years at Hercules Dome. There’s evidence that during the last warm period—about 130,000 years ago, before the last ice age but when the climate was warm like today—a large portion of the West Antarctic ice sheet had melted and was gone. Hercules Dome is nearby ice that survived that melting. The ice core is essentially a witness: It can tell us how fast the West Antarctic ice sheet melted, what the atmosphere was like, how fast the atmosphere was changing, and how close the ocean was.

Rising Seas
The Hercules Dome ice is really important if we’re looking at sea-level rise, which is already bothering many places along the coast of the United States. These ice cores will tell us how much and how fast sea level rose.

The Oldest Ice in the World
Except for a single sample of 2.7-million-year-old ice found in Antarctica in 2016, the oldest ice cores we have go back 800,000 years. Ice age cycles up to that point have been roughly every 100,000 years. But we know from ocean sediment cores that starting about a million years ago, they were on 40,000-year cycles. Why did Earth’s ice age interglacial pattern change? We don’t know but looking at greenhouse gasses from the oldest ice and comparing them with the present might give us some indications of that.