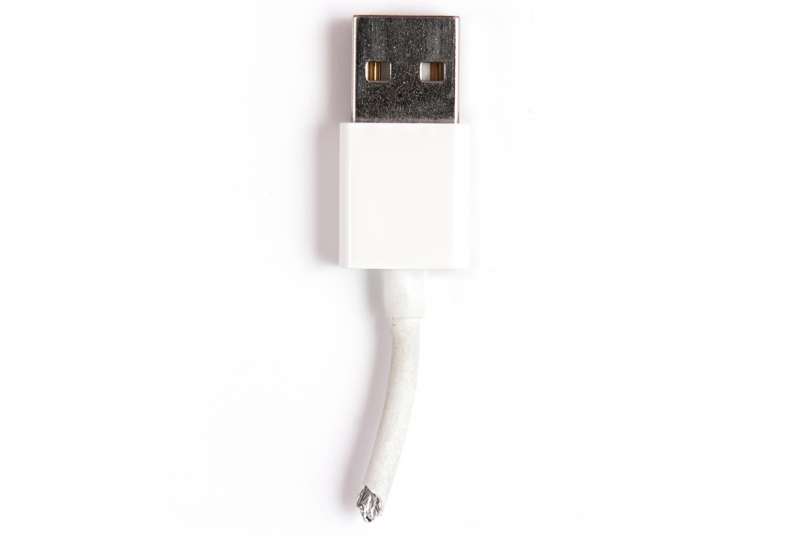 EXCERPT: A computer science professor warns that humans are not wired to be constantly wired.
Cal Newport ’04 | May - Jun 2019 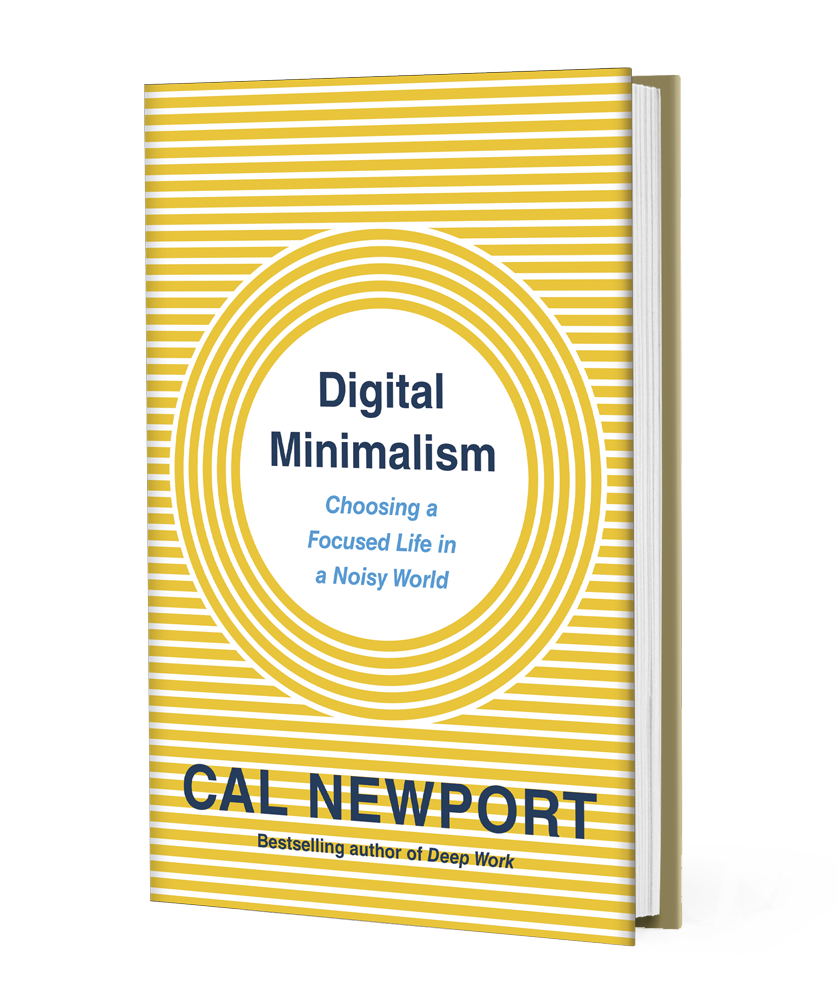 Part of what complicates discussions of waning solitude in the smartphone age is that it’s easy to underestimate the severity of this phenomenon. While many people admit that they use their phones more than they probably should, they often don’t realize the full magnitude of this technology’s impact. The NYU professor Adam Alter details a typical story of such underestimation in Irresistible. While researching his book, Alter decided to measure his own smartphone use. To do so, he downloaded an app called Moment, which tracks how often and how long you look at your screen each day. Before activating the app, Alter estimated that he probably checked his phone around ten times a day for a total of about an hour of screen time.

A month later, Moment provided Alter the truth: on average, he was picking up his phone forty times per day and spending around a total of three hours looking at his screen. Surprised, Alter contacted Kevin Holesh, the app developer behind Moment. As Holesh revealed, Alter is not an outlier. In fact, he’s remarkably typical: the average Moment user spends right around three hours a day looking at their smartphone screen, with only 12 percent spending less than an hour. The average Moment user picks up their phone 39 times a day.

As Holesh reminds Alter, these numbers probably skew low, as the people who download an app like Moment are people who are already careful about their phone use. “There are millions of smartphone users who are oblivious or just don’t care enough to track their usage,” Alter concludes. “There’s a reasonable chance they’re spending even more than three hours on their phone each day.”

The smartphone usage numbers cited above only count the time spent looking at your screen. When you add in time spent listening to music, audiobooks, and podcasts—none of which are measured by the Moment app—it should become more clear how effective people have become in banishing moments of solitude from their daily experience.

To simplify our discussion, let’s give this trend its own name: Solitude Deprivation—A state in which you spend close to zero time alone with your own thoughts and free from input from other minds.

As recently as the 1990s, solitude deprivation was difficult to achieve. There were just too many situations in everyday life that forced you to be alone with your thoughts, whether you wanted to or not—waiting in line, crammed into a crowded subway car, walking down the street, working on your yard. Today, as I’ve just argued, it’s become widespread.

The key question, of course, is whether the spread of solitude deprivation should concern us. Tackled abstractly, the answer is not immediately obvious. The idea of being “alone” can seem unappealing, and we’ve been sold, over the past two decades, the idea that more connectivity is better than less. Surrounding the announcement of his company’s 2012 IPO, for example, Mark Zuckerberg triumphantly wrote: “Facebook . . . was built to accomplish a social mission—to make the world more open and connected.”

This obsession with connection is clearly overly optimistic, and it’s easy to make light of its grandiose ambition, but when solitude deprivation is taken into account, this prioritization of communication over reflection becomes a source of serious concern. For one thing, when you avoid solitude, you miss out on the positive things it brings you: the ability to clarify hard problems, to regulate your emotions, to build moral courage, and to strengthen relationships. If you suffer from chronic solitude deprivation, therefore, the quality of your life degrades.

Eliminating solitude also introduces new negative repercussions that we’re only now beginning to understand. A good way to investigate a behavior’s effect is to study a population that pushes the behavior to an extreme. When it comes to constant connectivity, these extremes are readily apparent among young people born after 1995—the first group to enter their preteen years with access to smartphones, tablets, and persistent internet connectivity. As most parents or educators of this generation will attest, their device use is constant. (The term constant is not hyperbole: a 2015 study by Common Sense Media found that teenagers were consuming media—including text messaging and social networks—nine hours per day on average.) This group, therefore, can play the role of a cognitive canary in the coal mine. If persistent solitude deprivation causes problems, we should see them show up here first.

And this is exactly what we find.

My first indication that this hyper‑connected generation was suffering came a few years before I started writing my new book Digital Minimalism. I was chatting with the head of mental health services at a well‑known university where I had been invited to speak. This administrator told me that she had begun seeing major shifts in student mental health. Until recently, the mental health center on campus had seen the same mix of teenage issues that have been common for decades: homesickness, eating disorders, some depression, and the occasional case of OCD. Then everything changed. Seemingly overnight the number of students seeking mental health counseling massively expanded, and the standard mix of teenage issues was dominated by something that used to be relatively rare: anxiety.

She told me that everyone seemed to suddenly be suffering from anxiety or anxiety‑related disorders. When I asked her what she thought caused the change, she answered without hesitation that it probably had something to do with smartphones. The sudden rise in anxiety‑related problems coincided with the first incoming classes of students that were raised on smartphones and social media. She noticed that these new students were constantly and frantically processing and sending messages. It seemed clear that the persistent communication was somehow messing with the students’ brain chemistry.

A few years later, this administrator’s hunch was validated by San Diego State University psychology professor Jean Twenge, who is one of the world’s foremost experts on generational differences in American youth. As Twenge notes in a September 2017 article for The Atlantic, she has been studying these trends for over twenty‑five years, and they almost always appear and grow gradually. But starting around 2012, she noticed a shift in measurements of teenager emotional states that was anything but gradual: “The gentle slopes of the line graphs [charting how behavioral traits change with birth year] became steep mountains and sheer cliffs, and many of the distinctive characteristics of the Millennial generation began to disappear. In all my analyses of generational data—some reaching back to the 1930s—I had never seen anything like it.”

Young people born between 1995 and 2012, a group Twenge calls “iGen,” exhibited remarkable differences as compared to the Millennials that preceded them. One of the biggest and most troubling changes was iGen’s psychological health. “Rates of teen depression and suicide have skyrocketed,” Twenge writes, with much of this seemingly due to a massive increase in anxiety disorders. “It’s not an exaggeration to describe iGen as being on the brink of the worst mental‑health crisis in decades.”

What instigated these changes? Twenge agrees with the intuition of the university mental health administrator when she notes that these shifts in mental health correspond “exactly” to the moment when American smartphone ownership became ubiquitous. The defining trait of iGen, she explains, is that they grew up with iPhones and social media, and don’t remember a time before constant access to the internet. They’re paying a price for this distinction with their mental health. “Much of this deterioration can be traced to their phones,” Twenge concludes.

Returning to our canary‑in‑the‑coal‑mine analogy, the plight of iGen provides a strong warning about the danger of solitude deprivation. When an entire cohort unintentionally eliminated time alone with their thoughts from their lives, their mental health suffered dramatically. On reflection, this makes sense. These teenagers have lost the ability to process and make sense of their emotions, or to reflect on who they are and what really matters, or to build strong relationships, or even to just allow their brains time to power down their critical social circuits, which are not meant to be used constantly, and to redirect that energy to other important cognitive housekeeping tasks. We shouldn’t be surprised that these absences lead to malfunctions.

Most adults stop short of the constant connectivity practiced by members of iGen, but if you extrapolate these effects to the somewhat milder forms of solitude deprivation that have become common among many different age groups, the results are still worrisome. As I’ve learned by interacting with my readers, many have come to accept a background hum of low‑grade anxiety that permeates their daily lives. When looking for explanations, they might turn to the latest crisis—be it the recession of 2009 or the contentious election of 2016—or chalk it up to a normal reaction to the stresses of adulthood. But once you begin studying the positive benefits of time alone with your thoughts and encounter the distressing effects that appear in populations that eliminate this altogether, a simpler explanation emerges: we need solitude to thrive as human beings, and in recent years, without even realizing it, we’ve been systematically reducing this crucial ingredient from our lives.

Simply put, humans are not wired to be constantly wired.

Cal Newport ’04 is a computer science professor at Georgetown University whose research focuses on the intersection of technology and society. DAM reviewed his book Deep Work in our January/February 2016 issue.

Excerpted from Digital Minimalism: Choosing a Focused Life in a Noisy World by Cal Newport, now on sale from Portfolio, an imprint of Penguin Publishing Group.