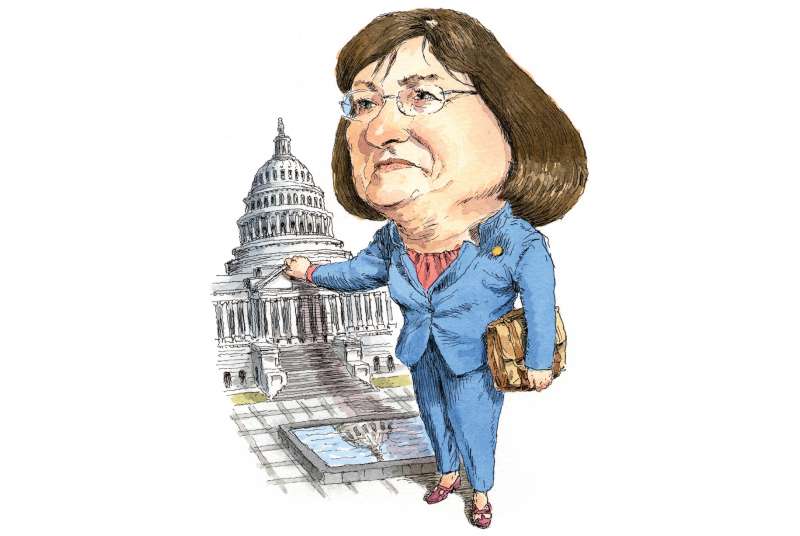 Notable: Cofounded congressional Bipartisan Task Force to End Sexual Violence; serves on U.S. House committee on energy and commerce oversight; sponsored the Protecting Americans with Preexisting Conditions Act, passed by the House last spring; published a May op-ed in The Boston Globe defending right of plaintiffs in pending lawsuit against Dartmouth to be identified as Jane Does

Career: Before election to Congress in 2012, lawyer in Concord, New Hampshire

“My Dartmouth connections are constantly coming into play. When the energy and commerce committee was addressing a mercury emissions rule the EPA has threatened to roll back, I was madly texting my classmate Celia Chen ’78, who is an expert on that issue.”

“I have not given up on my preexisting conditions bill coming up in the Senate. With the 2020 elections looming, there should be Republicans who want to demonstrate that they want to protect people. The president should be on board as well.”

“I like the idea of an option, not a mandate, to buy into Medicare. It would show whether or not people like that coverage. I’m a big believer not only in consumer choice, but also in competition, which frequently drives down rates. When the insurance companies are competing with Medicare, they’ll have to justify why their rates are higher.”

“The full-on version of  ‘Medicare For All,’ where you flip a switch and wake up in Canada, means trillions of dollars in taxpayer money. In New Hampshire, people don’t love paying for health insurance. They definitely don’t want to pay taxes for somebody else to have health insurance.”

“There is a whole package of healthcare legislation the president should want to sign into law. He could have a Rose Garden ceremony and take total credit. At least we’d get it done.”

“Obsession with the administration’s daily machinations is sapping citizens’ psychic energy. People forget that while we have five committees pursuing oversight, we have 13 others working to improve healthcare and infrastructure, protect the environment, increase wages, and get corruption out of politics.”

“It’s much more fun in the majority than it was my previous three terms.”

“With regard to the pending Dartmouth lawsuit and the College’s lawyers objecting to Jane Doe plaintiffs joining the suit, I have made it clear to President Phil Hanlon that aggressive litigation tactics undermine your posture, your credibility, and your leadership on campus.”

“My 2016 decision to reveal that I’d been sexually assaulted in college and harassed while working on the Hill came from reading the powerful victim-impact statement of the Emily Doe who was raped at Stanford that year.”

“I came to realize that my generation’s silence made us somehow complicit in campus assaults when we didn’t speak out because we thought it was so common. I had never said anything because at Dartmouth I thought it was a price paid for being in an early class of women. Women thought, ‘Well, it wasn’t a stranger in a ski mask climbing through a window and raping me.’ ”