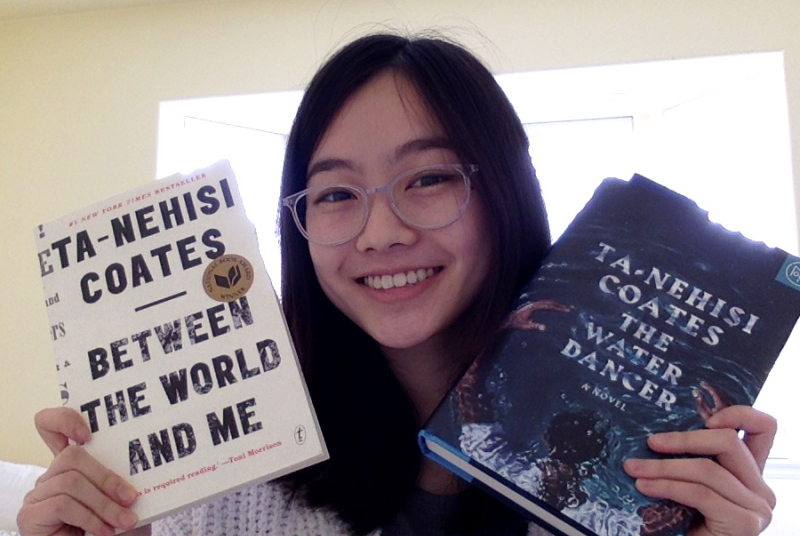 All Over the Map

A student explains how the pandemic ended her foreign study program before it began, and how she feels about being in San Jose instead of Paris.
Emily Sun ’22 | May-June 2020

It was late afternoon on the last day of classes for winter term. I was in the Sherman Art Library writing two final papers and studying for my psychology final. I had spring break plans, and I just had a morning bun from King Arthur Flour cafe. As I watched sunlight gleam through the windows for a moment, all seemed right in the world.

That is, until I received an email notification. At first I ignored it—the listserv was always sending emails, it probably was just a random club notice. My friend sitting across from me, however, gave me a wary look.

“Have you seen the update just now on study abroads?” she asked.

For a while I had suspected Dartmouth was going to cancel my French foreign study program (FSP) to Paris. After all, with COVID-19 rampant in Europe, it would make sense. But the fact that it took them so long to come up with a response, combined with reassurances from my FSP professor that she would do all she could to make sure we would go, had given me a sense of hope that Paris was still a possibility. So when I read the provost’s email, I wasn’t shocked. I wasn’t even hurt. But I felt a deep sense of disappointment that would later give way to rising panic, stress, and anxiety.

The College had sent the email around 4:30 p.m., after all faculty and administration had reasonably left for the weekend. I, along with the other 100 students who had their study abroads cancelled, was thrust into a state of extreme uncertainty with no one to turn to. No deans, no residential life staff, no professors. My emailed questions were bounced back with auto replies. All of a sudden, a few weeks after the housing application deadline closed, I had to find a place to live off campus or be forced to take an off-term, for which I had nothing lined up. My major and minor plans needed to be changed, the same quarter that I just declared them. I had no classes under my belt; I had not even taken a look at the timetable. A couple of days earlier, I had received my host family assignment and let myself dream about going to the Louvre, wandering through Versailles, and eating French pastries. All of those possibilities were now snatched from me. I had my plane tickets to cancel, but when I called that night I was placed in a queue of more than 900 other callers. And I had finals.

I let myself dream about going to the Louvre, wandering through Versailles, and eating French pastries. All of those possibilities were now snatched from me.

I cancelled all my plans for the rest of that day. Instead of eating dinner with friends, I sat in bed thinking of what to do next. Instead of going to Dartmouth Idol finals, I cried my heart out to my roommate. Instead of attending a sorority event, I sent emails and called airlines and my family. I went to bed upset not because I would not be able to go to Paris, but because of Dartmouth’s unsatisfactory response. Worse, we received word a couple of days later that the email was supposed to have been sent to us the day before but had mistakenly been sent to our parents instead.

I also understood that cancelling the study abroad programs was the necessary move. Dartmouth was in a tough spot—with the COVID-19 situation evolving so rapidly, the logical next step would be to take safety precautions. Better to have 100 students safe than to have them risk severe illness or even death.

Amid all this, I received a flood of “Are you okay? I’m here if you need to talk” messages from friends, even people I had not talked to in a while. A floormate ordered me takeout because he saw how upset I was. My boyfriend texted me throughout the night to check in. Later my French professor talked her neighbor into renting out a room to me, helping me find that elusive off-campus housing that so many coveted. She even offered to help me move my boxes when the time came. (It never did.) I felt the strength, comfort, and resiliency of a community that held me up when the College let me down. I’m so grateful to every person who reached out and reminded me that this was far from the end of the world, that it’s okay to be overwhelmed, that I just needed to tackle everything one step at a time.

I didn’t finish my essays the night of the news. In fact, it would take me more than a week to do so. I didn’t end up scoring as well as I would have hoped on my psychology final. And although I have since been able to enroll in classes, I still haven’t received any updates on my plane tickets and I continue to try to figure out if I can fit a French FSP into my D-Plan.

But I’m fortunate to be privileged enough to be able to tackle these ongoing changes. I had the resources saved to buy a last-minute plane ticket home. I had a welcoming family waiting to pick me up. I have a D-Plan that I can still change to accommodate an FSP during another quarter. I have a safe place to be despite all the fear and uncertainty, and I remind myself about how lucky I’ve been this whole ordeal

I was supposed to leave for Paris last Friday. Instead, I’ll be on lockdown in California. And that’s okay.

Emily Sun is majoring in economics modified with psychology. After catching up on her reading of Ta-Nehisi Coates over the break, she’s taking classes this quarter from her home in San Jose.